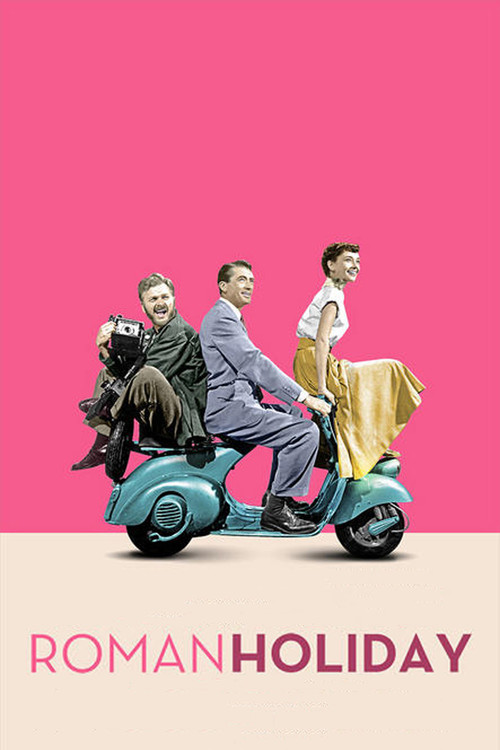 A gossamer young Hepburn plays the young Princess Anne, who is making an official visit to Rome. As royalty, she is programmed and scheduled to the hilt and becomes increasingly tired of being cooped up. So one night, she slips out to sample the wonders of the ancient city — incognito. Joe Bradley (Peck) is the reporter who eventually takes her in for the world's biggest scoop, sharing his explosive secret only with his photographer friend (Albert). Joe then falls for her, of course — but could a broke journalist ever have a future with a princess?

Off-screen, Peck was so convinced Hepburn would be a huge star that he confronted director William Wyler, insisting she share top billing with him. An extremely generous and unusual gesture, it also reflected keen judgment. Virtually an unknown before the picture was released, this often hilarious, extremely touching movie made Hepburn an overnight star. Not only could she act, but the camera loved her as it has loved few actresses. Peck and Albert are both terrific, and Wyler's on-location shooting is flavorful and evocative. This timeless romance is also ideal for the whole family.