Judy Garland in Her Own Words 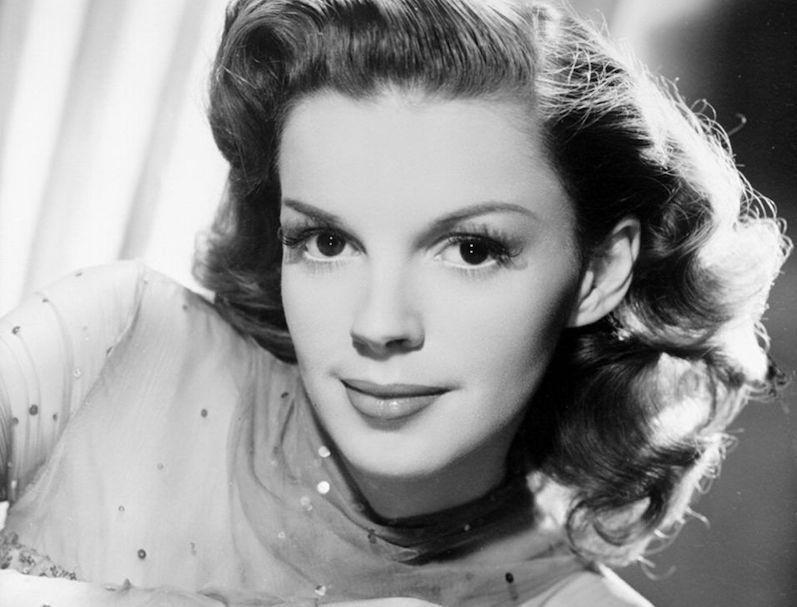 As we mark the centennial of Judy Garland’s birth this month, I want to hear her sing again. I want to cry for the hundredth time listening to “Over the Rainbow” or get goosebumps over “The Man That Got Away.”

But I also want to hear her speak. And not just through the voices of the characters she played so memorably.

Beyond the miraculous singing voice that emanated from her tiny 4’11 ½” frame, Judy Garland possessed a caustic humor which helped sustain her through a sad, turbulent life in show business. It was a vital coping mechanism, and also a big part of what made people love her, on-stage and off.

We have written before about Judy’s life, and also about her role in perhaps the most beloved — and most watched — movie of all time,  1939’s “The Wizard of Oz.”

But on this milestone, we want to honor her memory by reviving some of her hard-won wit and wisdom. So here’s Judy in her own words, with some brief accompanying perspective. 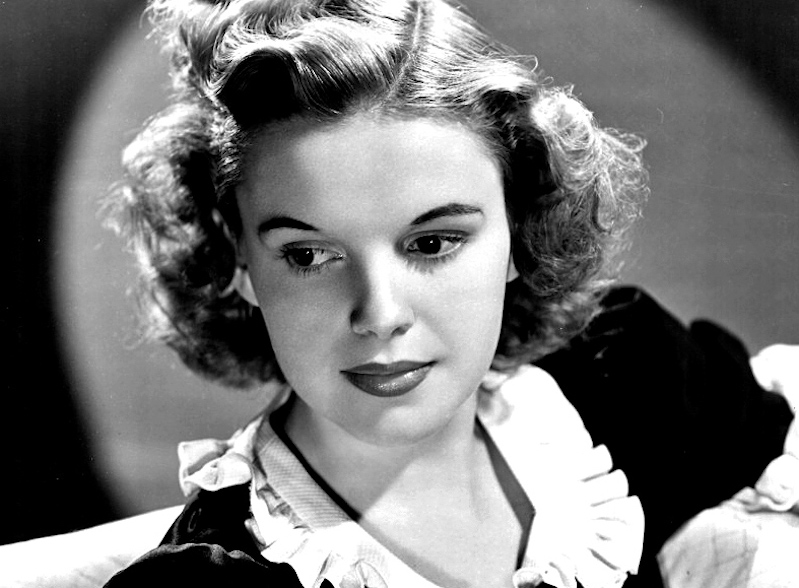 “I wasn’t close to my father, but I wanted to be all my life. He had a funny sense of humor, and he laughed all the time – good and loud, like I do. He was a gay Irish gentleman and very good-looking. And he wanted to be close to me, too, but we never had much time together.”

Subtext: She always credited the father she lost just as she was breaking through with the only love and laughter she experienced as a child. 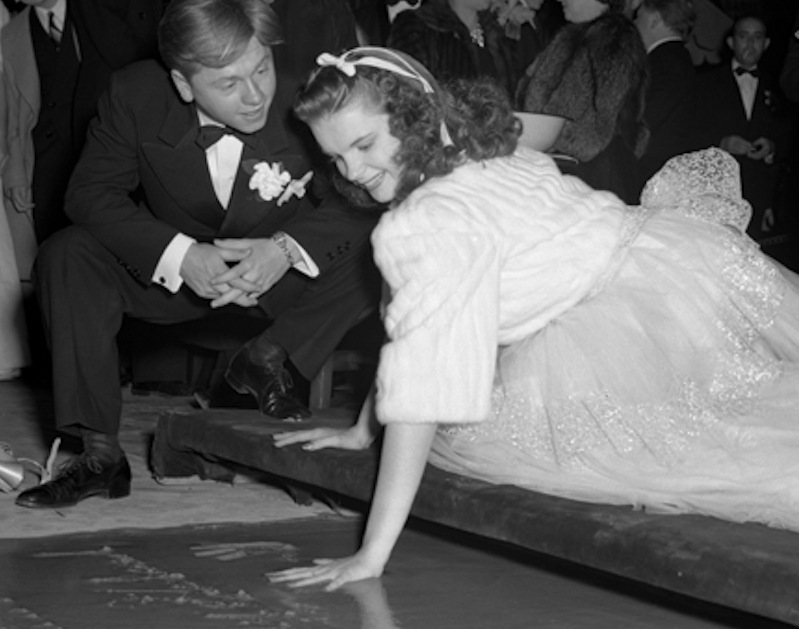 Subtext: When she signed that first contract with MGM (for the record, at age 13), she said goodbye forever to Frances Gumm, and became Judy Garland. She had no childhood to speak of. 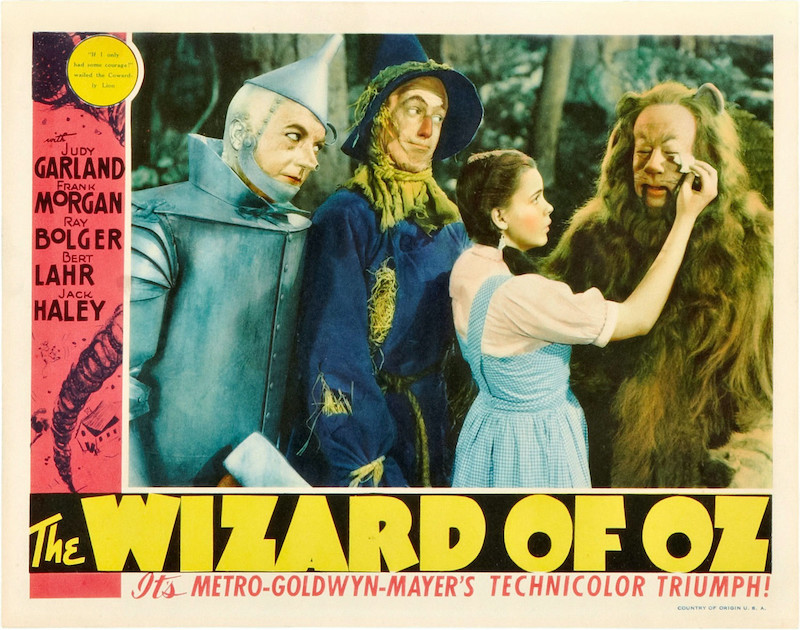 “Ever since The Wizard of Oz I've been accused of being twelve years old. You should see some of the disappointed looks I get, when people lay eyes on me in person. They expect someone in gingham, with braids, to come out singing 'Over the Rainbow.' And out I come, instead. I think some of them are pretty angry with me, too, for not wearing braids, and not dressing like Dorothy, and not being eleven or twelve.”

Subtext: She could never fully escape or top the role that made her a star when she was (in fact) 16. 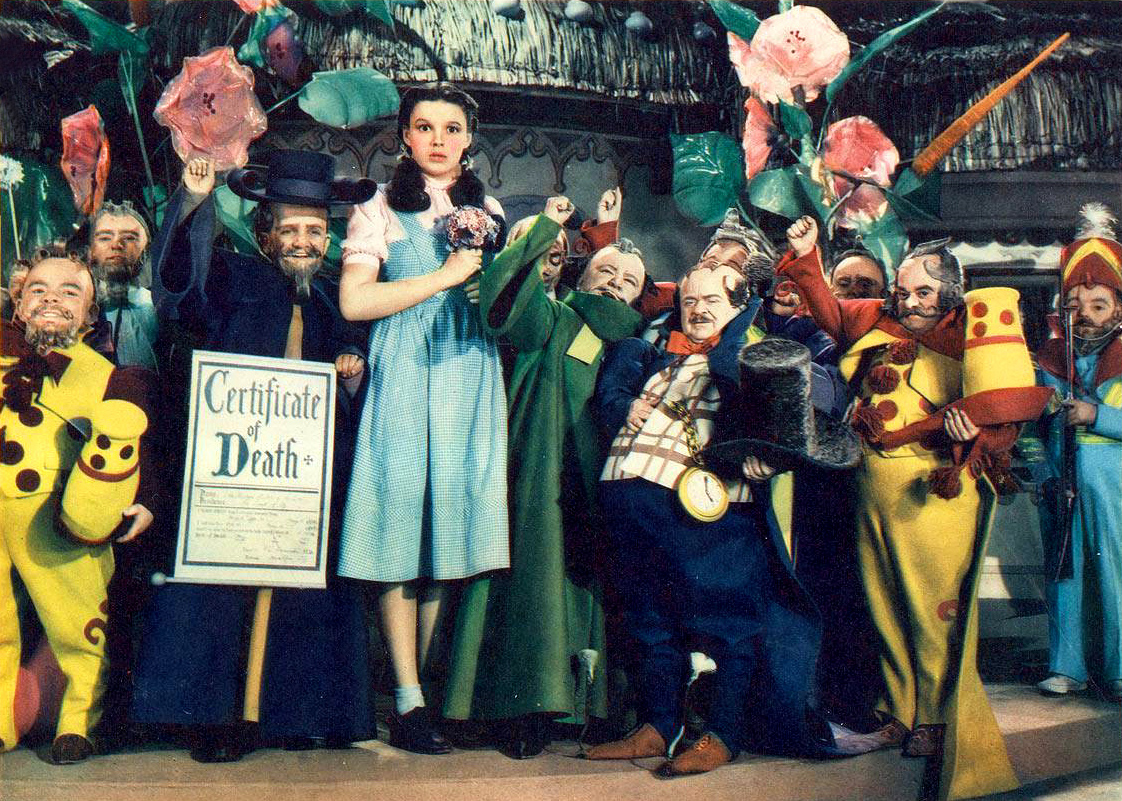 “Some of the Munchkins used to tease me while we were making “The Wizard of Oz”. They used to sneak under my dress! I told them if they ever went under there  — and I found out about it  —  they were in big trouble!”

Subtext: Judy made light of it, but several of these small people were indeed lecherous drunks. Beyond this, Judy faced other abuse, including some inappropriate touching from studio head L.B. Mayer and a hard slap from “Oz” director Victor Fleming. 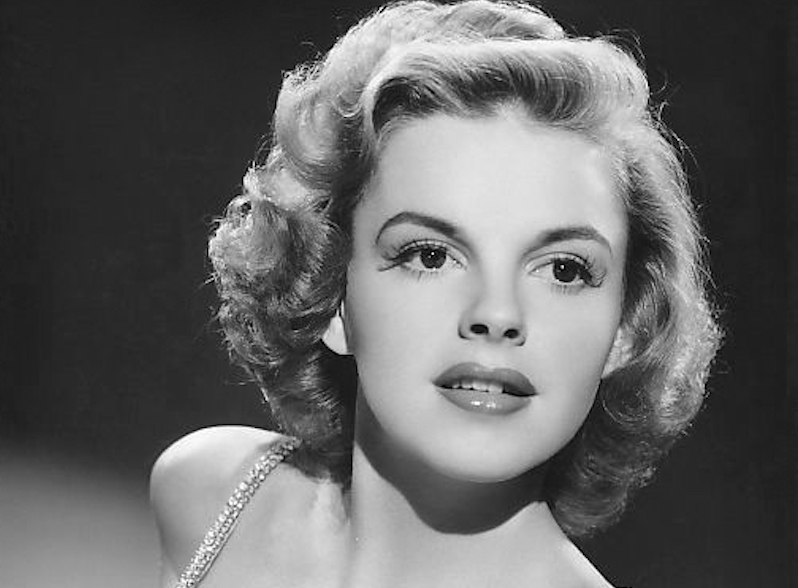 “My mother had a marvelous talent for mishandling money — mine.”

Subtext: It’s no surprise that Judy was the meal ticket for her family and many others. To get the most out of her, her mother Ethel (and later MGM) kept her hooked on pills from her early teens. Her mother also lost a lot of Judy’s money on bad investments. Later, Judy’s business manager embezzled from her.

Subtext: As a juvenile contract player in the studio system, Judy had little choice as to her roles and movies. She did what she was told. Made constantly insecure over her looks and talent, she wanted to please but never felt she quite measured up. 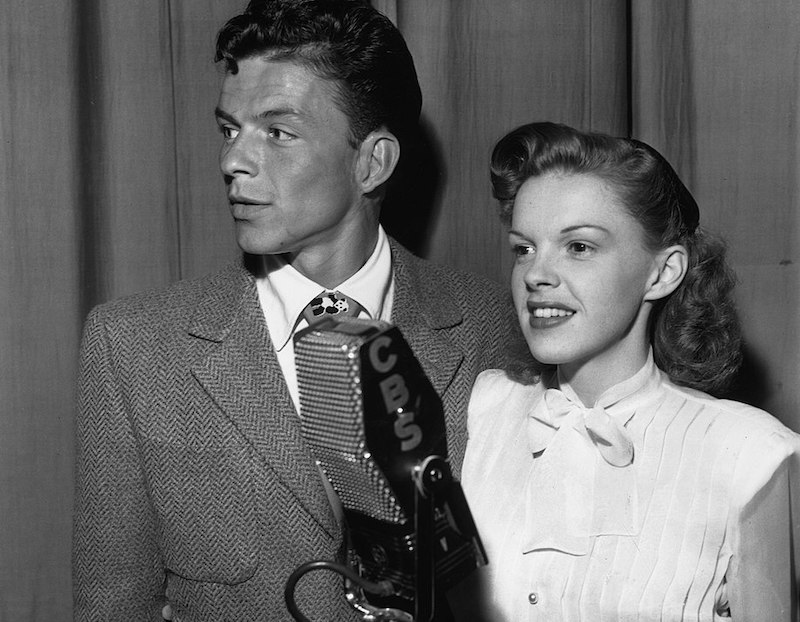 “Hollywood is a strange place if you’re in trouble. Everybody think it’s contagious.”

Subtext: Judy’s emotional fragility and addiction made her unreliable, causing wild swings in her career. One minute triumphant, the next she was seemingly unemployable. And Hollywood (then and now) loves a winner but shuns a loser. 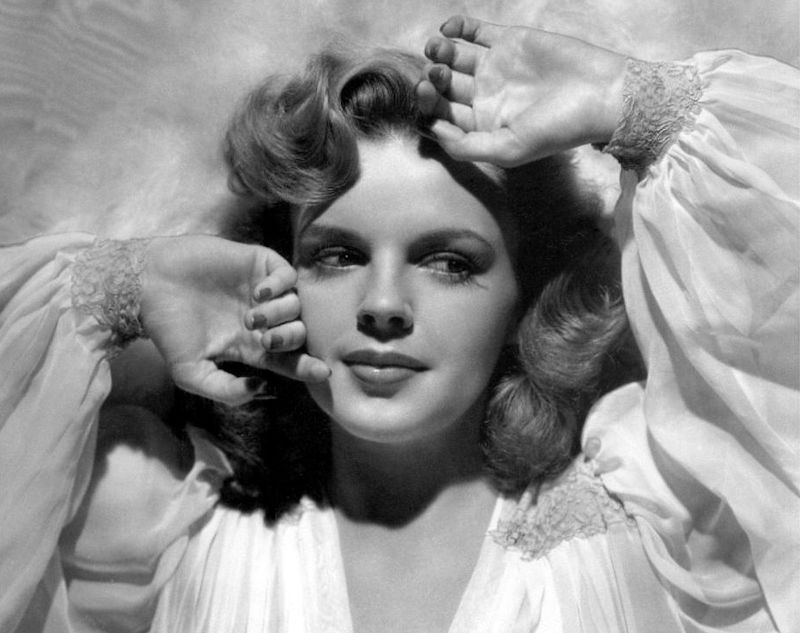 “Behind every cloud...is another cloud.”

Subtext: Judy never found sustained happiness, with four failed marriages, constant money troubles, and a career that ran hot and cold. As time passed, she had less and less cause for optimism. But she never quit. 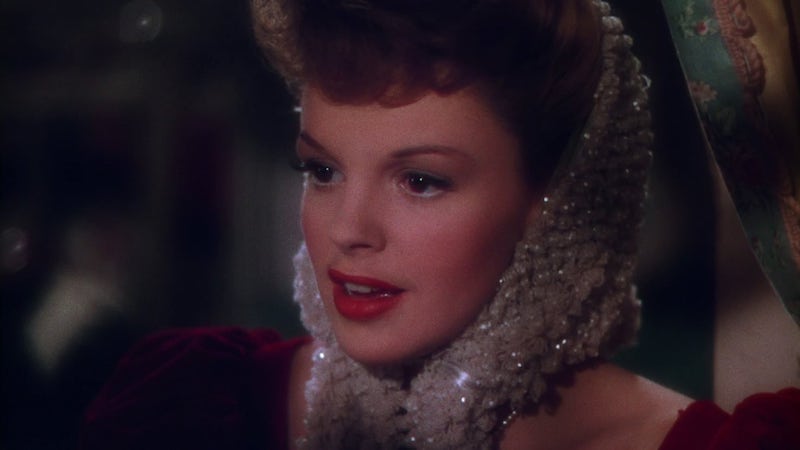 (On hearing Princess Margaret wanted her to sing at a party they both were attending): “Tell her I’ll sing if she christens a ship first.”

Subtext: Was there ever a party Judy attended where someone didn’t ask her to sing? 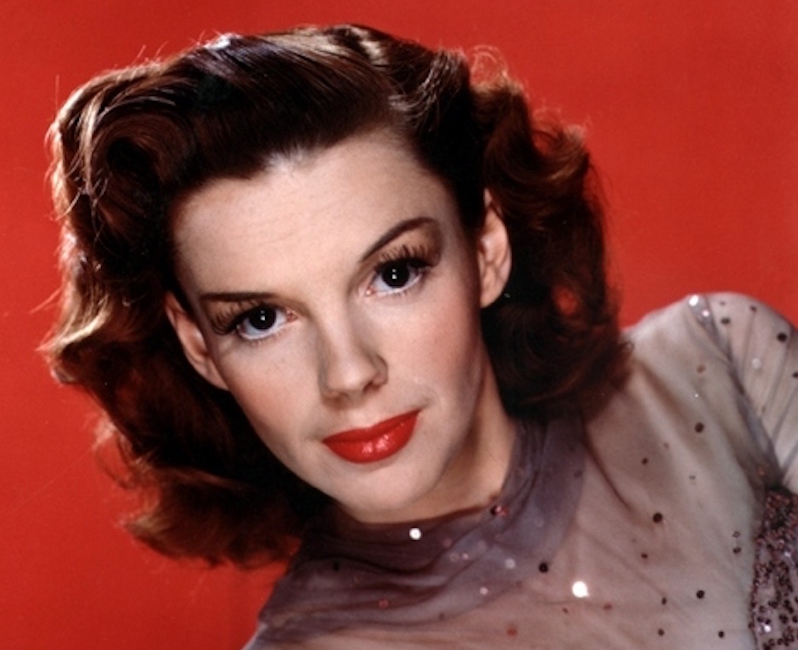 “I've never looked through a keyhole without finding someone was looking back.”

Subtext: One price of early fame is the permanent loss of privacy and freedom — forgetting what it’s like to take a walk by yourself, because you literally can’t without getting mobbed.

(On first daughter Liza Minnelli): “I think she decided to go into show business when she was an embryo, she kicked so much.”

Subtext: Judy was proud of Liza’s talent and desire to follow in her footsteps. Still she must have worried that Liza might face some of the same pitfalls she did, as later happened with both alcohol and prescription drug addiction. 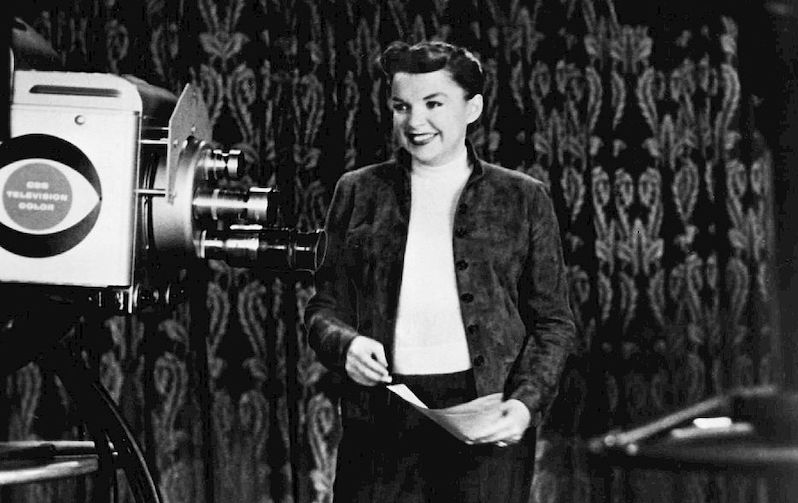 Subtext: Struggles aside, Judy Garland was a bona-fide star, and understood that all stars have unique characteristics that the public recognizes and embraces. Above all, a true star is an original, and Judy was certainly that.

“A really great reception makes me feel like I have a great big warm heating pad all over me. People en masse have always been wonderful to me. I truly have a great love for an audience, and I used to want to prove it to them by giving them blood.”

Subtext: Judy was most comfortable and fulfilled when performing live. Audiences provided the warmth and affirmation she craved, and she’d work herself to exhaustion to earn it. Off-stage, she rarely felt the same love, confidence or well-being. 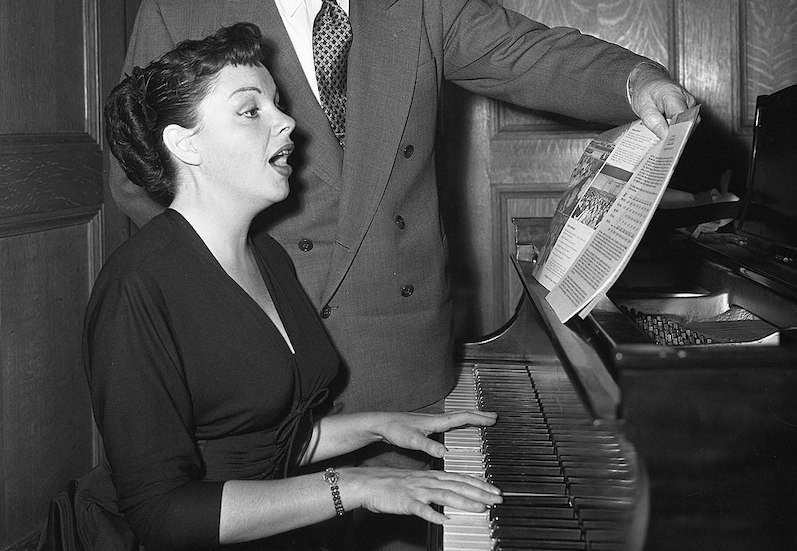 “If you sit down for 20 minutes in this business, now it’s a comeback.”

Subtext: Judy had to come back more than once, and knew what it took.

Subtext: What good is being a legend, she wondered, if you’re constantly lonely and struggling?

(On her signature song): “Am I tired of ‘Over the Rainbow’? Listen, it’s like getting tired of breathing. The whole premise of the song is a question. A quest. The lyric is having little bluebirds… ‘fly over the rainbow. Why, oh, why can’t I?’ It represents everyone wondering why things can’t be a little better.”

That Are All Set in Rome