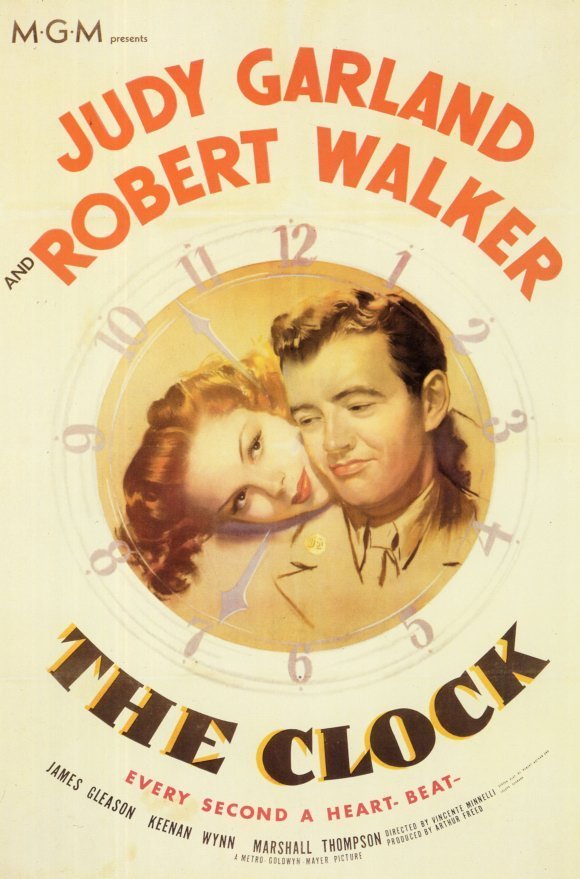 On a two-day pass in New York City, G.I. Joe Allen (Walker) meets perky office girl Alice Mayberry (Garland) when she breaks her heel on an escalator at Penn Station. Charmed by Joe's wholesome airs and Midwestern naivete, Alice agrees to meet him later under the clock at Astor Place. Over the next 48 hours, they romp through the city together, and unexpectedly fall in love. Looming over their innocent affair, however, is Joe's imminent return to the European front.

Minnelli's sentimental, spirited and touching wartime romance was a small picture by MGM standards, but Garland's star power and the backdrop of bustling Manhattan (actually Hollywood sound stages) give the picture a dynamic, worldly feel. Walker is likable as the earnest hayseed, and doe-eyed Garland is grand as ever without once singing a tune. (Minnelli, of course, married Judy as soon as the film wrapped!) Great support work from James and Lucille Gleason as a milkman and wife round out this sweet film about love on a very tight schedule.

The Clockmaker of St. Paul