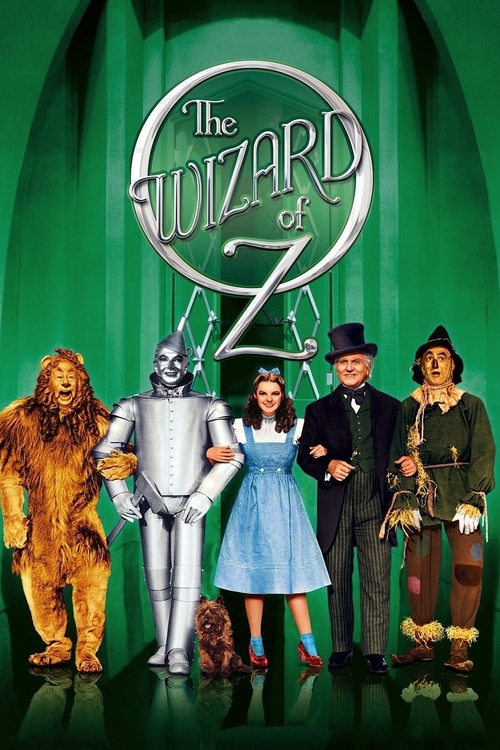 The Wizard of Oz

With the help of some "awfully familiar" new friends – the Scarecrow (Bolger), Cowardly Lion (Lahr), and Tin Man (Haley) – tornado-displaced orphan Dorothy (Garland) follows the Yellow Brick Road to enchanted Oz, where she hopes the great Wizard (Morgan) will help her find a way back home to Kansas. That is, if the Wicked Witch of the West (Hamilton) doesn't get her first – and her little dog, too!

What makes this quintessential fantasy musical the immortal spectacle it is has as much to do with the spirited songs (Garland's signature "Over the Rainbow" was nearly cut!) and heel-clicking dance numbers as it does the phenomenal storyline, lavish Technicolor sets, and punchy performances by the entire cast. For sheer entertainment, you can't beat Ray Bolger's rubbery legs, Bert Lahr's boastful bluster, and Margaret Hamilton's frightening green face; not to mention warbling Munchkins, flying monkeys, an Emerald City, and one highly coveted pair of ruby slippers. King Vidor directed the black-and-white Kansas sequences that bookend the film, but Fleming helmed the rest and took sole credit. Amazingly, the film flopped at the box office, but has since become the most beloved children's classic of all time. If ever a wiz there was, “The Wizard of Oz” is definitely it.