Is Well Worth Your Time 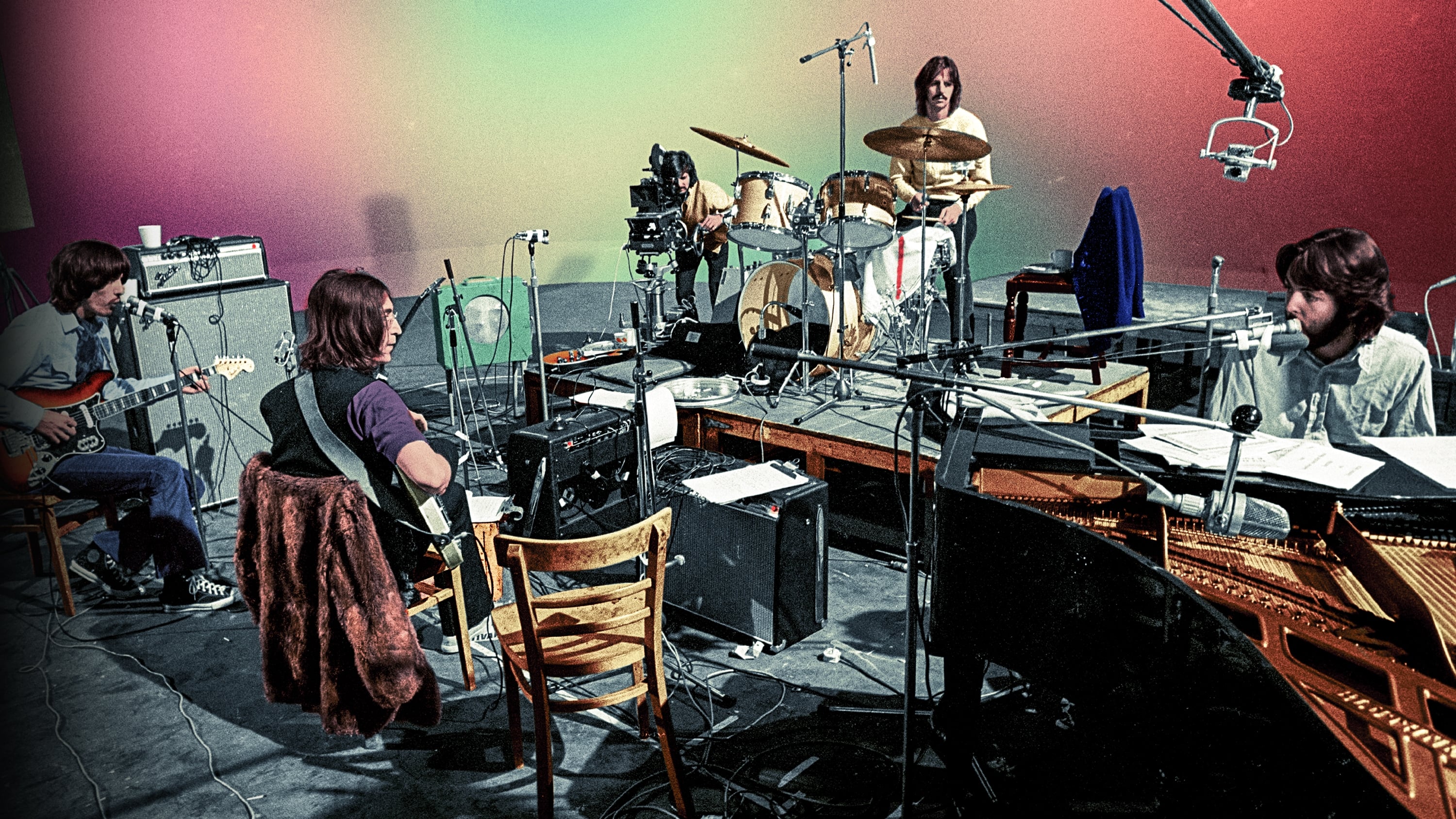 A couple of months ago, we decided to subscribe to yet another streaming service, Disney+, just to experience Peter Jackson’s astonishing documentary series, “The Beatles: Get Back.”  It was well worth it. Jackson’s work is a stunning achievement, revisiting a seismic moment when the cultural phenomenon known as the Beatles started to show some cracks — not in their music, but in their ability to stay together.

It was January of 1969, and the Beatles were assembling for their next project. They needed to write and record about a dozen new songs in less than a month. They also decided to film all the proceedings for the Beatles’ next theatrical feature or television project. And since they hadn’t played in front of an audience for well over a year, they wanted everything to culminate in some sort of live performance.

Until now, what had resulted from all this was Michael Lindsay-Hogg’s “Let It Be” (1970), unfortunately released just as the group was splitting up for good. For audiences, it was a far cry from the joyous antics of “A Hard Day’s Night.”

As we discover in “Get Back,” that earlier film used only a fraction of what was actually shot. Jackson got access to all the footage — a full sixty hours’ worth, culling and shaping it into a three part film running just under eight.

Ordered chronologically, each episode covers roughly a week in the process. Icing on the cake:  Jackson has painstakingly restored the footage so it looks like it all happened last week, not over half a century ago.

I guess you had to be there, but back then, to millions of ardent fans the Beatles possibly splitting up was a source of grave concern and endless speculation. In 1968, the world was coming apart with assassinations, war and civil unrest, but at least we had the Beatles. The idea they could fall apart too was almost too much to bear. 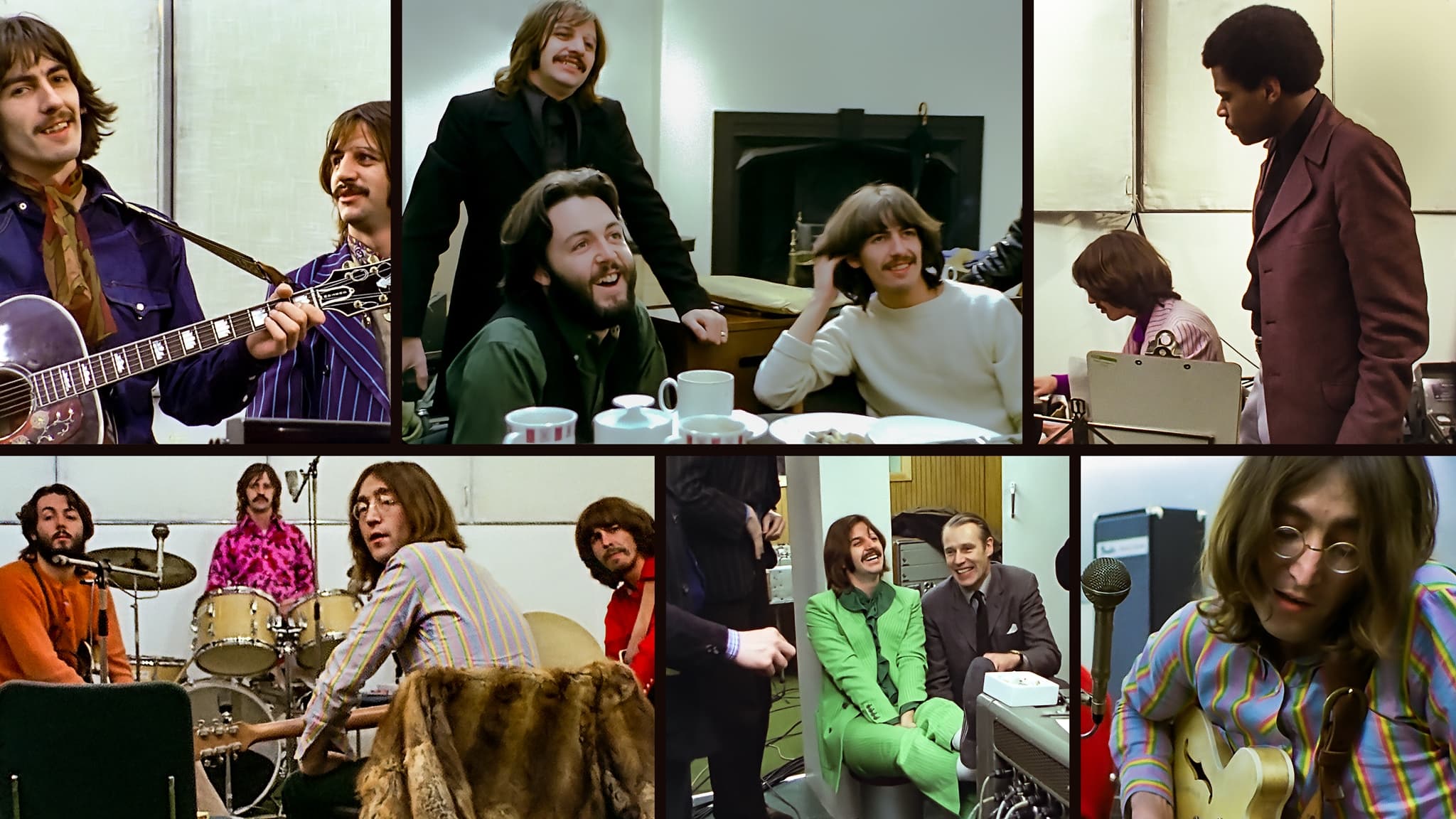 Yet there were inklings of tension and strife, most visibly in John Lennon’s unexpected choice of mate. Back then it was too easy to suspect that Yoko Ono (the interloper!) was behind all the simmering discord, a Lady Macbeth working to destroy the group from the inside.

It’s shameful she took so much abuse, since “Get Back” makes it abundantly clear she was not the culprit. She appears beside John in practically all the sessions, but barely says a word. She seems like a calming presence, particularly for the restless Lennon.

It’s hard for those who weren’t there to fully appreciate just how famous and talked about the Beatles were in their time. The media landscape was so much smaller, and certainly in pop culture terms, they were by far the biggest thing in it.

The release of their “Sgt. Pepper’s Lonely Hearts Club Band” album in the summer of 1967 proved it once and for all. It was the sixties version of a viral sensation. It felt like everyone on the planet who could lay hands on it was listening to it all the way through, and then listening again. Even adults! (As an eight-year-old kid, what struck me most was that my parents actually wanted to hear it).

Then, just three months later, the Beatles’ longtime manager Brian Epstein died of an accidental overdose at 32. The calm, steady man behind the scenes who’d taken a chance on these unknown lads from Liverpool, then shaped their image and guided their success, was suddenly gone. 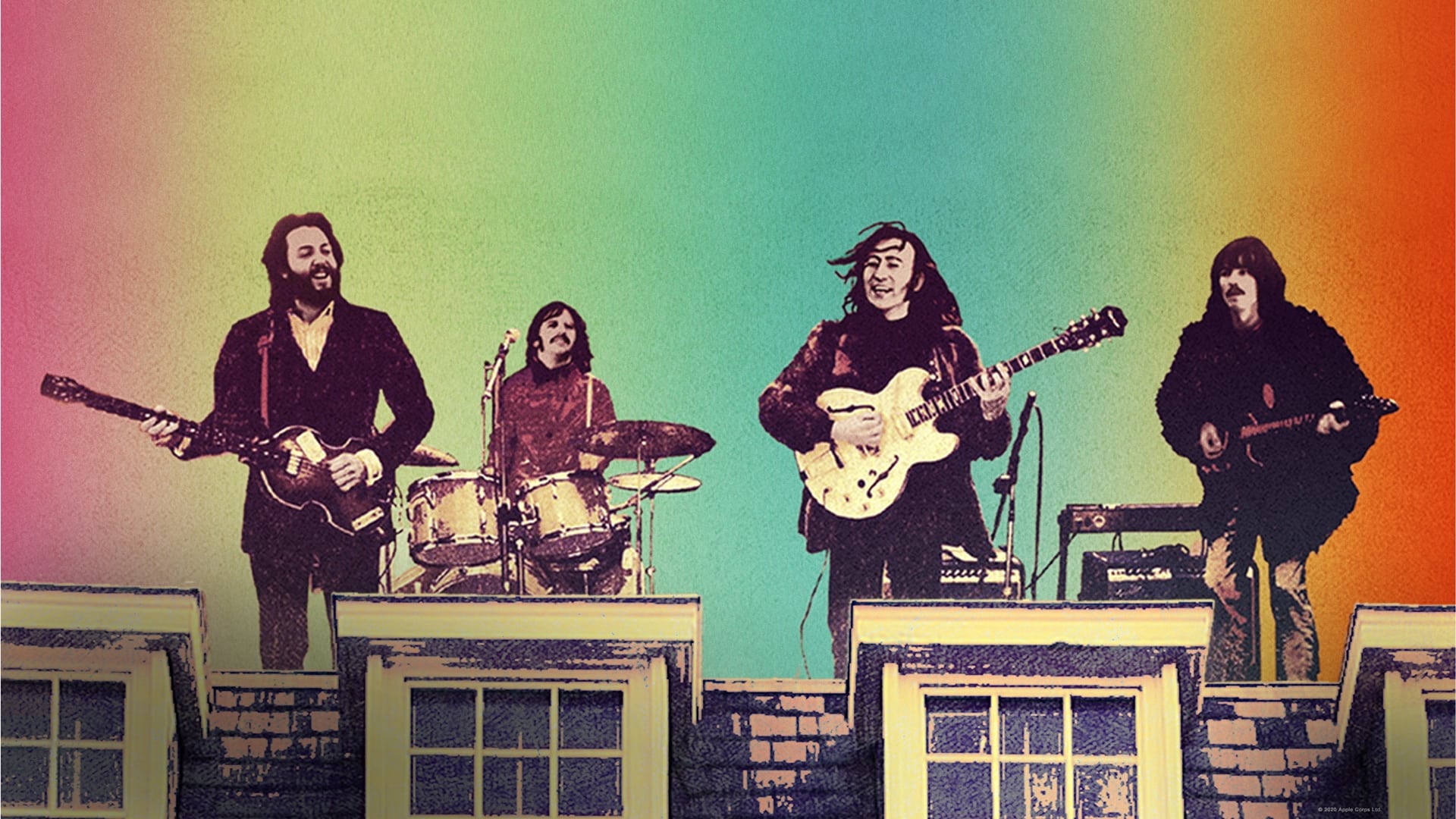 Now there were no more grown-ups in the room to channel all that talent and keep the Beatles unified and under control. (Producer George Martin was around of course, but his role was music, not management). It marked the beginning of the end.

The “Let It Be” sessions which Jackson recaptures happened only eighteen months later, and we already feel the effects of Epstein’s passing. Casual and distracted, John seems to have one foot out the door. George is the frustrated junior partner who can’t get promoted. Stepping into the leadership vacuum, Paul is an exacting, often domineering presence, trying to keep the band together. All along, the non-confrontational Ringo observes, and sometimes his expression betrays all is not well.

Even so, aside from one major conflict early on, “Get Back” is never a downer, for one key reason: even with all the static, the “Fab Four” were still incredibly close and connected, musically and otherwise. Somehow they maintain the bizarre humor and brotherly repartee that kept them sane from the start, and only made their fans love them more.

In “Get Back”, we see it was all genuine and still very much alive, even as storm clouds formed on the horizon. This adds poignancy to a film we already know won't end happily. For me, the cumulative effect was profound and highly emotional, stirring up a lot of memories and wistfulness. Just where did those fifty years ago?

Like a Beatles song, I didn’t want “Get Back” to end. And like the same song, it stayed with me. So I started talking it up with friends, and was surprised at what came back. It seems that over a distance of many decades, some people simply shrug. A few I spoke to turned it off after twenty minutes or so. The reason: Too talky. Not enough happening. Too slow. 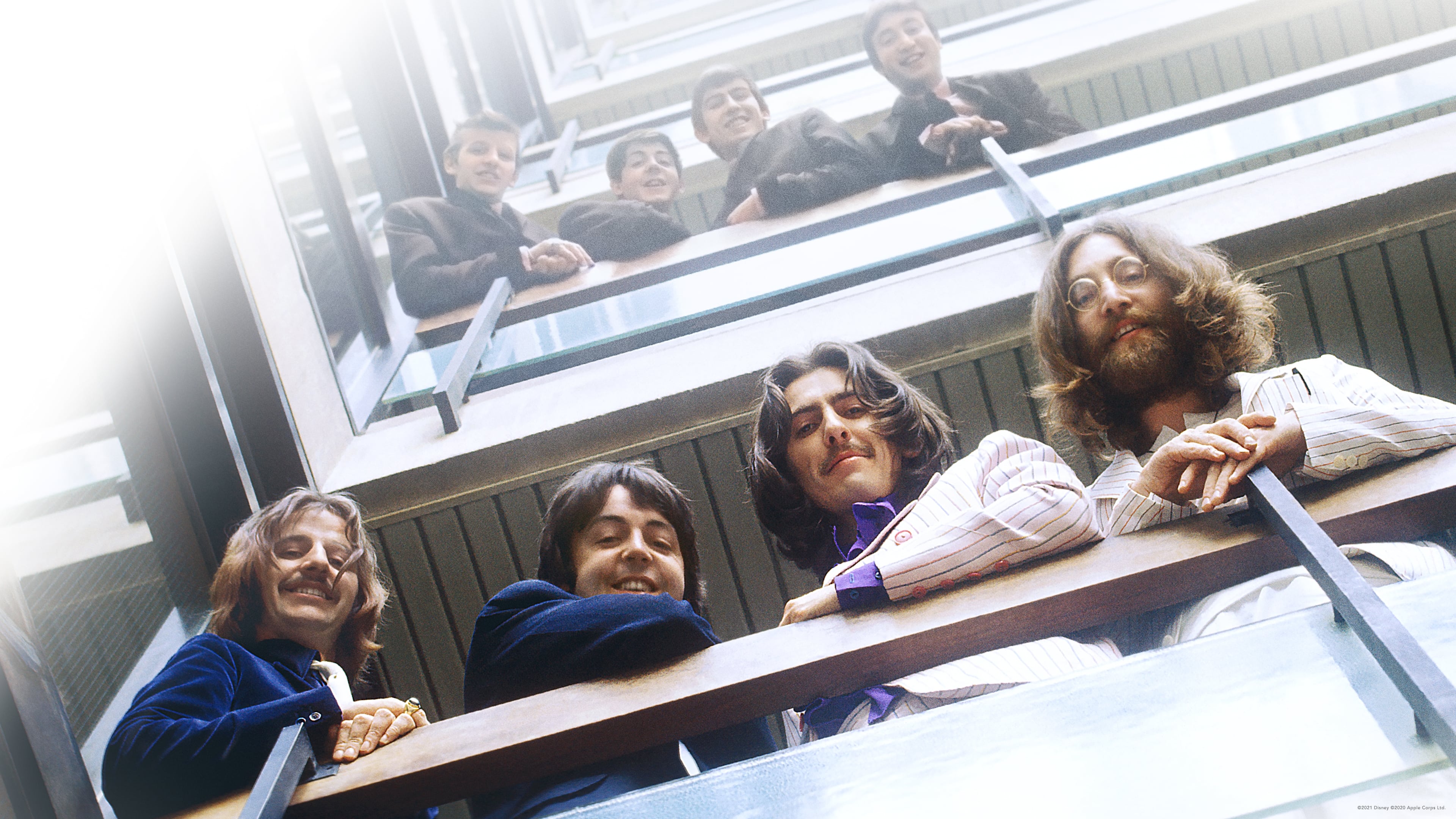 The miniseries is long and takes an unhurried, “fly on the wall” approach, but that is not uncommon with docs, then and now. Also, the film gets better as it goes along. On that basis, I encouraged the dissenters to go back and try again. I hope they do.

With the technology we need and love making us all more distractible, it is getting harder to focus on anything not moving ninety miles per minute. But in the case of “Get Back,” investing your attention at the start really pays off in the end.

It is certainly worth the wait to watch Paul working out a new song called “Let It Be,” or witness George bopping in with the beginnings of “I Me Mine,” a tune he’d started the night before. We are present at the creation, and it’s sublime.

How important are the Beatles fifty years on? Consider this: though together for under a decade, they are still the best-selling rock group ever. Fourteen of their albums (nineteen, including compilations) and twenty singles skyrocketed to number one on the American charts on release. That was unprecedented then, and still is today.

To paraphrase the late John Lennon, they definitely passed the audition. Just one more reason to stick with this rewarding and revelatory doc. Thank you, Peter Jackson and team, for “The Beatles: Get Back.”

Walking the Plank For