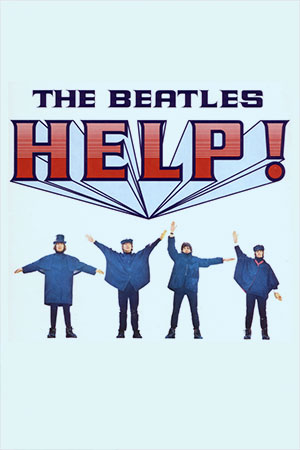 When Eastern religious cultists Clang (McKern) and Ahme (Bron) discover that a sacred ruby ring has come into the possession of Ringo Starr (it seems a fan gave it to him and now he can't remove it), they give chase. Exasperated, the Beatles drummer turns to a scientist named Foot (Spinetti) for help. But Foot wants the ring for himself, so Ringo and the Fab Four end up leading the whole kooky crew on a globe-trotting, wild goose chase.

This fabulously goofy, intermittently brilliant romp features some of the finest pop music you'll ever hear (among them, "Ticket to Ride," "You're Going to Lose That Girl" and the title tune). "Help!" was director Lester's second collaboration with the world-famous Beatles, and the first in color. The "Fab Four" evoke mod, mop-haired versions of the Marx Brothers, while the supporting players — including Roy Kinnear as Foot's assistant — exhibit fine comedic timing. And McKern's Clang strays about as far from his signature Rumpole portrayal as you'll likely ever see. Ebullient, frenzied, silly, but always fun, "Help!" is a madcap portrait of four Liverpool lads who really were going places.