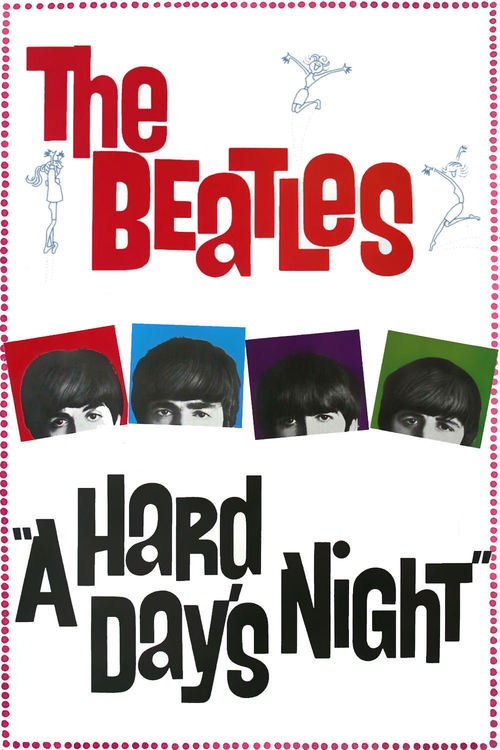 This wildly popular entry not only unveiled the inner workings of a rock n' roll band experiencing an unprecedented super-stardom; it actually redefined what a musical film could be. Shot seemingly "on the fly" with no traditional plot structure, it all clicks due to the disarming charisma and spontaneous energy of The Beatles. "The boys," as they're constantly referred to, spend their time narrowly avoiding masses of hysterical fans jumping into cars and trains, which in turn take them to the next hotel room or sound stage or performance hall. They face this hectic life with humor and relative calm... and then they perform!

Director Lester’s documentary-style shooting makes all the proceedings feel breathtakingly real. In fact, you could be forgiven for assuming everyone is improvising, though this was not the case. (Only John had the confidence to do it). Regardless, all four Beatles were natural performers, especially John and Ringo. The Fab Four are also matched here with fine British character actors like Rossington (as their manager), and Brambell (as Paul's incorrigible grandfather), who provide additional comic support and flavoring. "Night" remains the perfect introduction to Beatlemania for your kids; in all, it's a breathtaking, joyful musical ride.

A Heart in Winter