Who's the Best Dad in Film?

Dads are sometimes manhandled in movies – depicted as absent, neglectful, or comically inept. They can be relegated to grim portrayals in films like “The Great Santini” (1979) or “This Boy’s Life” (1993), where fatherhood is all about intimidation.  Life with these fathers would make for a very disturbing Rockwell painting.

I think it’s patently unfair for a few movie Dads to cast a poor light on men that work hard to be affectionate, considerate, and above all, always there for the family. Like me.

So, as Sunday is Dad’s day, let’s show him (or his memory) some love, respect, and affection. Just once, for your father, take his advice, thank your mother, chew with your mouth closed, stop making that face, finish your chores without any sass-back, and stick to one of these father-friendly films. 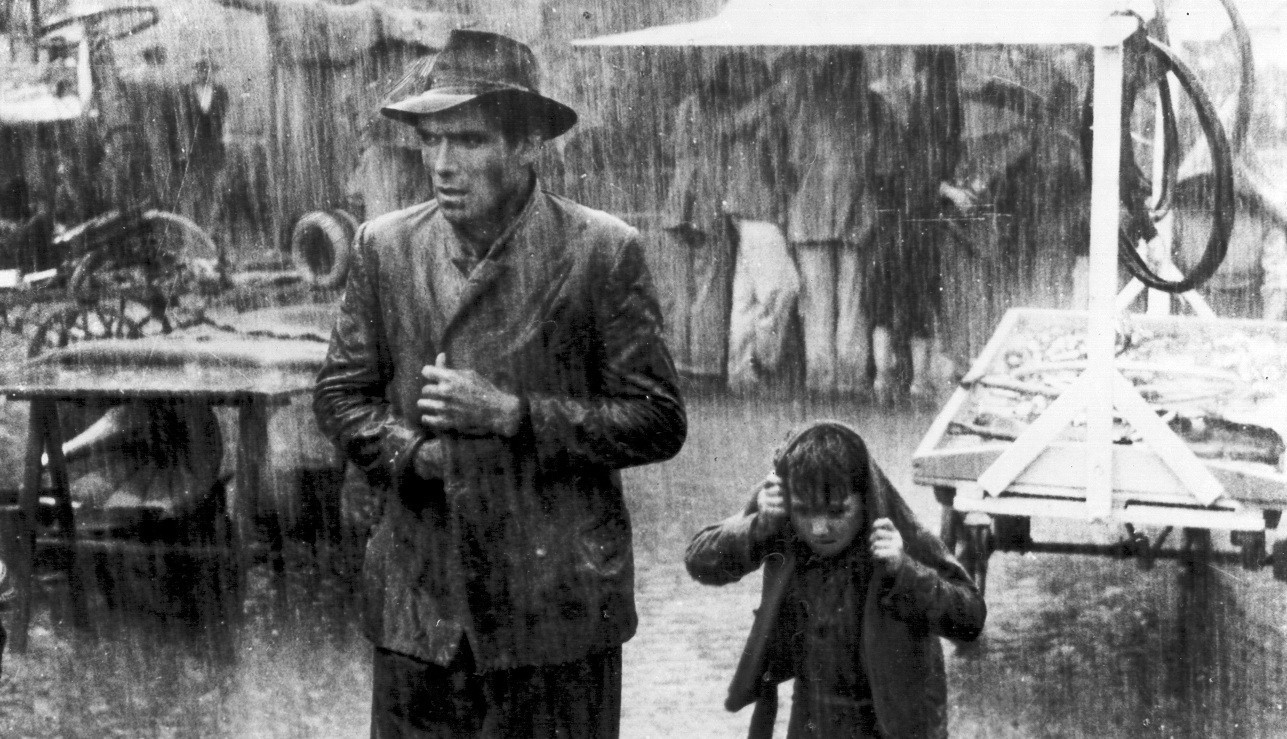 Why He’s a Great Movie Dad: Faced with unemployment in economically depressed post-war Italy, Antonio Ricci (Roberto Maggiorani) does all he can to provide for his family. With his adorable son Bruno (Enzo Staiola) in tow, Ricci tirelessly works to retrieve his stolen bicycle (a necessary means of conveyance for his new job). Ricci’s quiet determination and desire to be a role model shines through here – in the end, at least he and Bruno have each other.

What to get him for Father’s Day:  Well… surely a two-wheeler would be a nice thought. 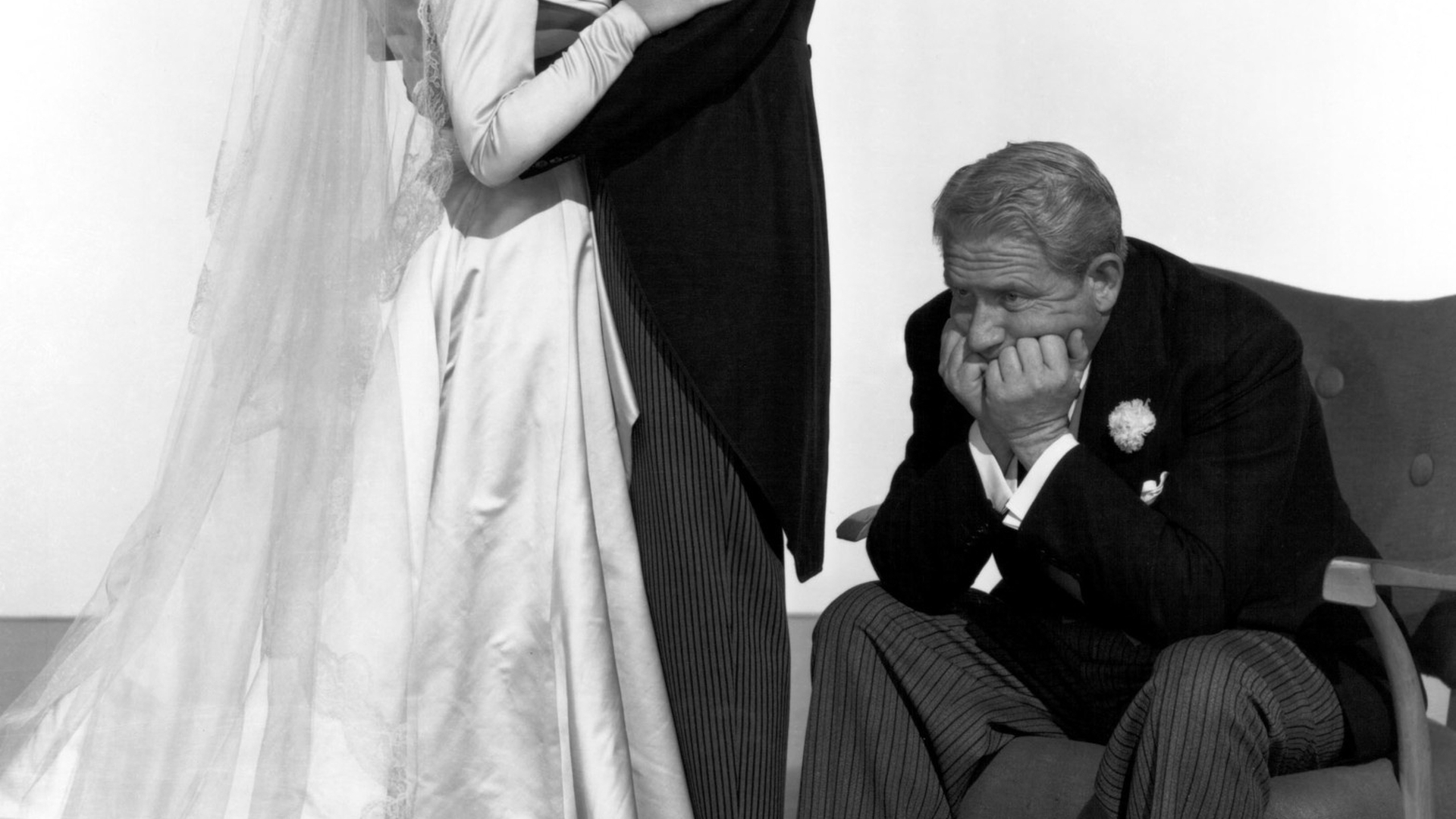 Why He’s a Great Movie Dad: A daughter getting married can be overwhelming for anyone. Ask Stanley T. Banks (Spencer Tracy), a proud, stand-up father whose life (and wallet) get turned upside down by the impending nuptials of his beloved daughter Kay (Elizabeth Taylor).  Despite his frustrations with the next generation, Mr. Banks just wants the best for his little girl, who now seems so grown up.

What to get him for Father’s Day:  Maybe try to pick up the check at brunch – he won’t let you pay – but he appreciates that reaching gesture. 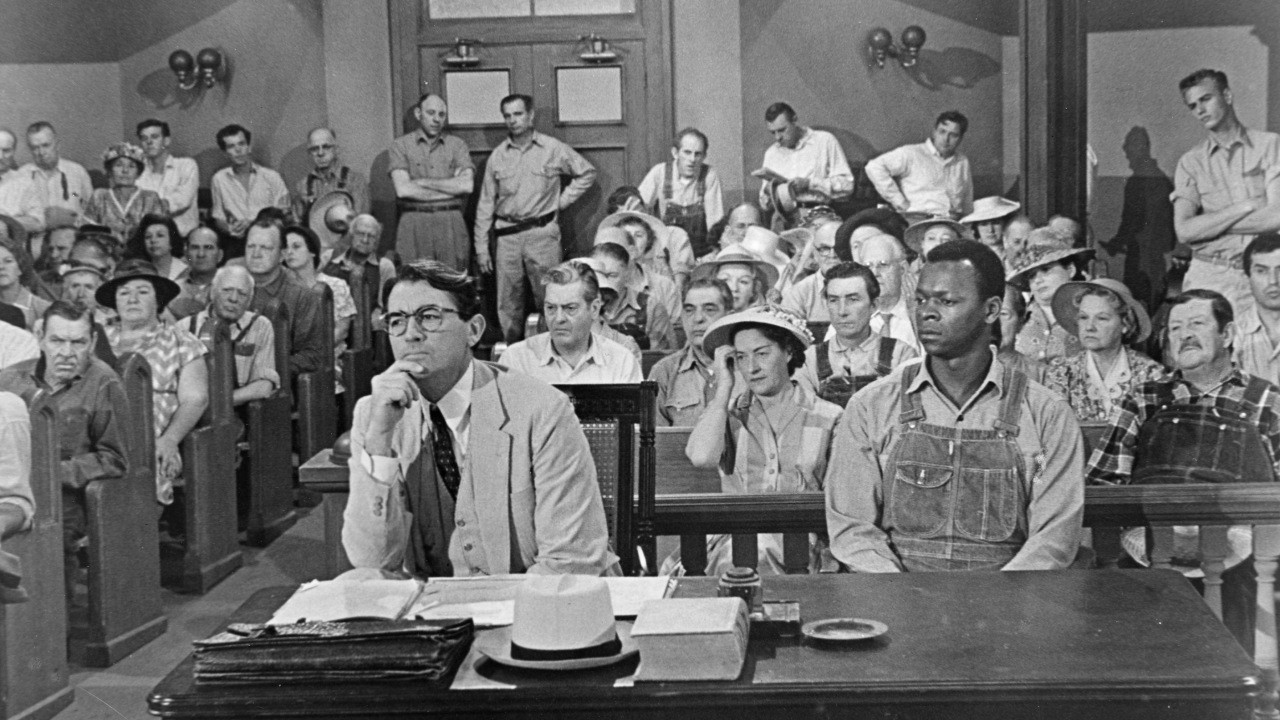 Why He’s a Great Movie Dad: Atticus “Dead-Eye” Finch (Gregory Peck) is the paragon of single fatherhood. He can shoot and kill a mad dog at twenty paces, and his gentlemanly southern stoicism is a living, breathing clinic in “teach-by-example” parenting. By defending a wrongly-accused black man in the racist South, he shows his young ones life’s most valuable lesson: what’s right isn’t always easy.

What to get him for Father’s Day:  A new mockingbird.

Why He’s a Great Movie Dad: Captain Von Trapp (Christopher Plummer) likes an orderly household where his kids respond to a whistle like Rin Tin Tin, but when problem-nanny Maria (Julie Andrews) brings the magic of music into the home, he changes his tune. It’s not every father that could foil the Nazis and then lead his band of seven children to win a singing contest before climbing every mountain over the Austrian Alps to freedom.

What to get him for Father’s Day:  Hiking boots, some new lederhosen, and Rolfe repellant. 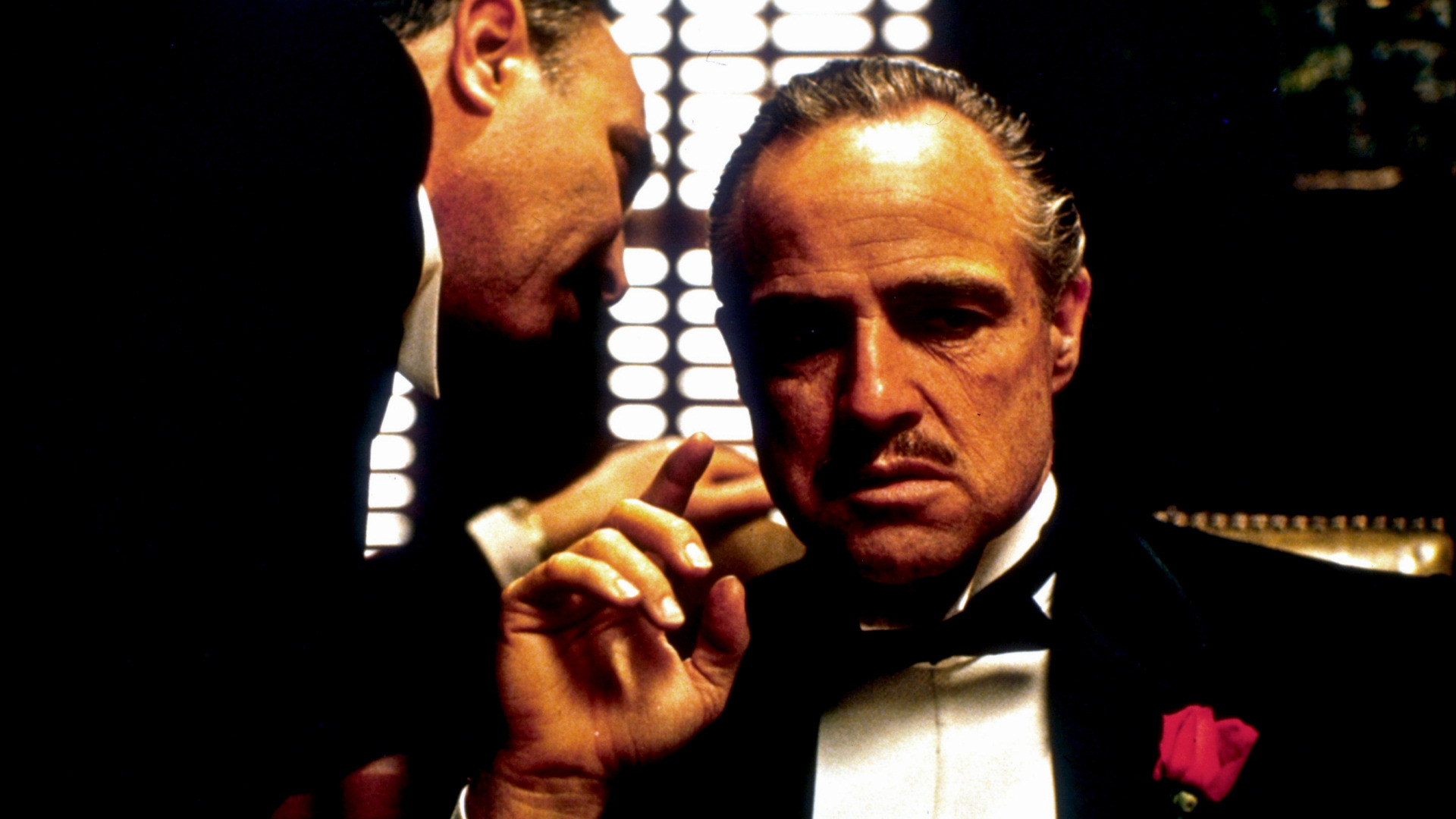 Why He’s a Great Movie Dad: If he bends the rules a bit in his business dealings — it’s all for the good of his family. Say what you will about the commercial ethics of Don Vito Corleone (Marlon Brando) and his “olive oil importing company” — he loves his children. I dare any Dad to stay dry-eyed when, after the murder of his boy Sonny (James Caan), Don Vito breaks down in front of the funeral director saying, “Look how they massacred my boy!” That’s some fatherly devotion (and stellar acting chops).

What to Get him For Father’s Day:  For the man who has everything – a gift certificate to the Olive Garden… because you know, when you’re there... you’re family. 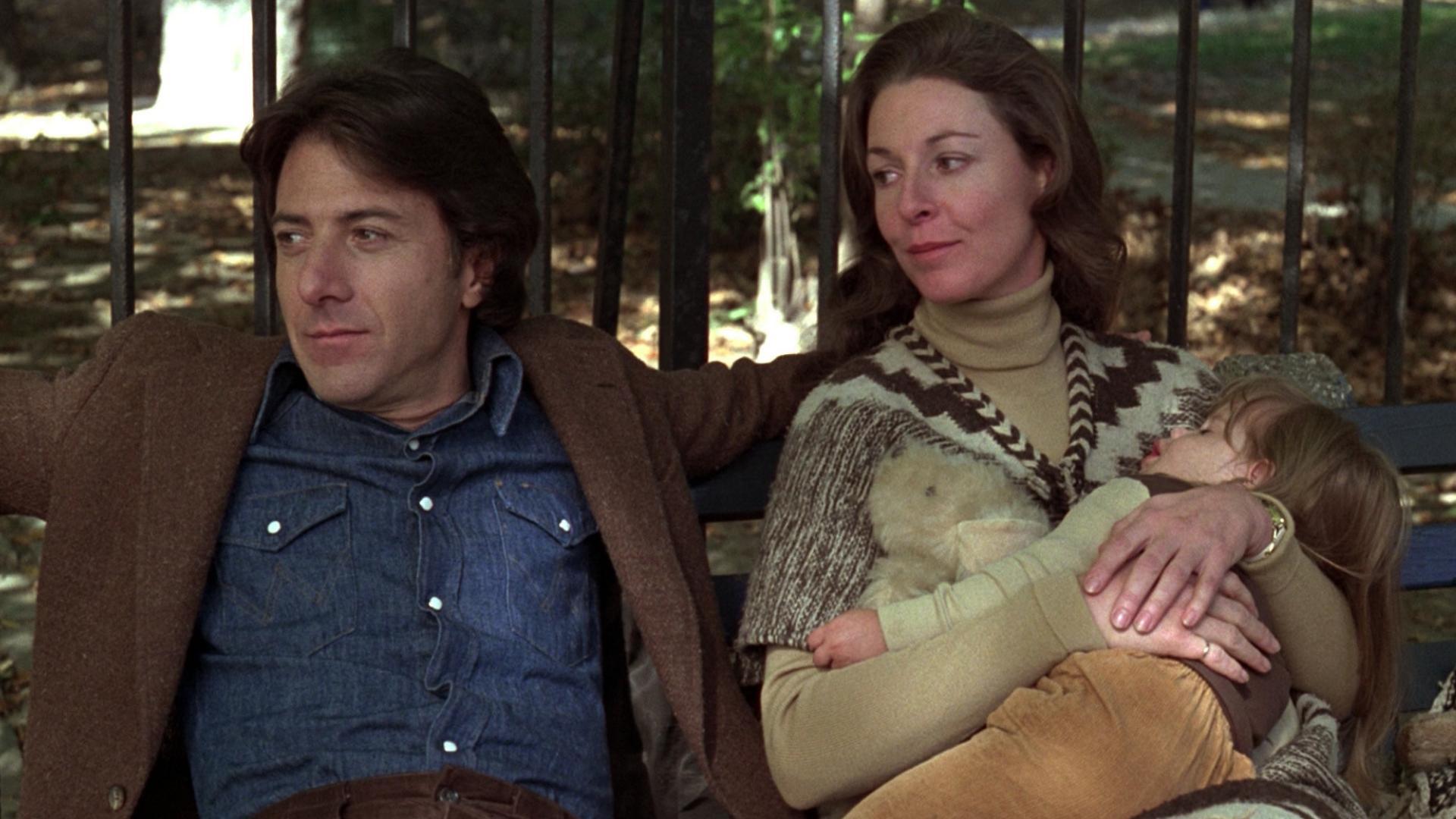 Why He’s a Great Movie Dad: After his wife Joanna (Meryl Streep) leaves him flat, workaholic father Ted Kramer (Dustin Hoffman) steps up to embrace fatherhood and learn the importance of little things – like how to make french toast in a tiny NYC apartment kitchen. When Joanna returns seeking custody, Ted fights with everything he’s got to keep his son.

What to get him for Father’s Day:  A date with “Better Call” Saul Goodman from “Breaking Bad” to help his legal case. 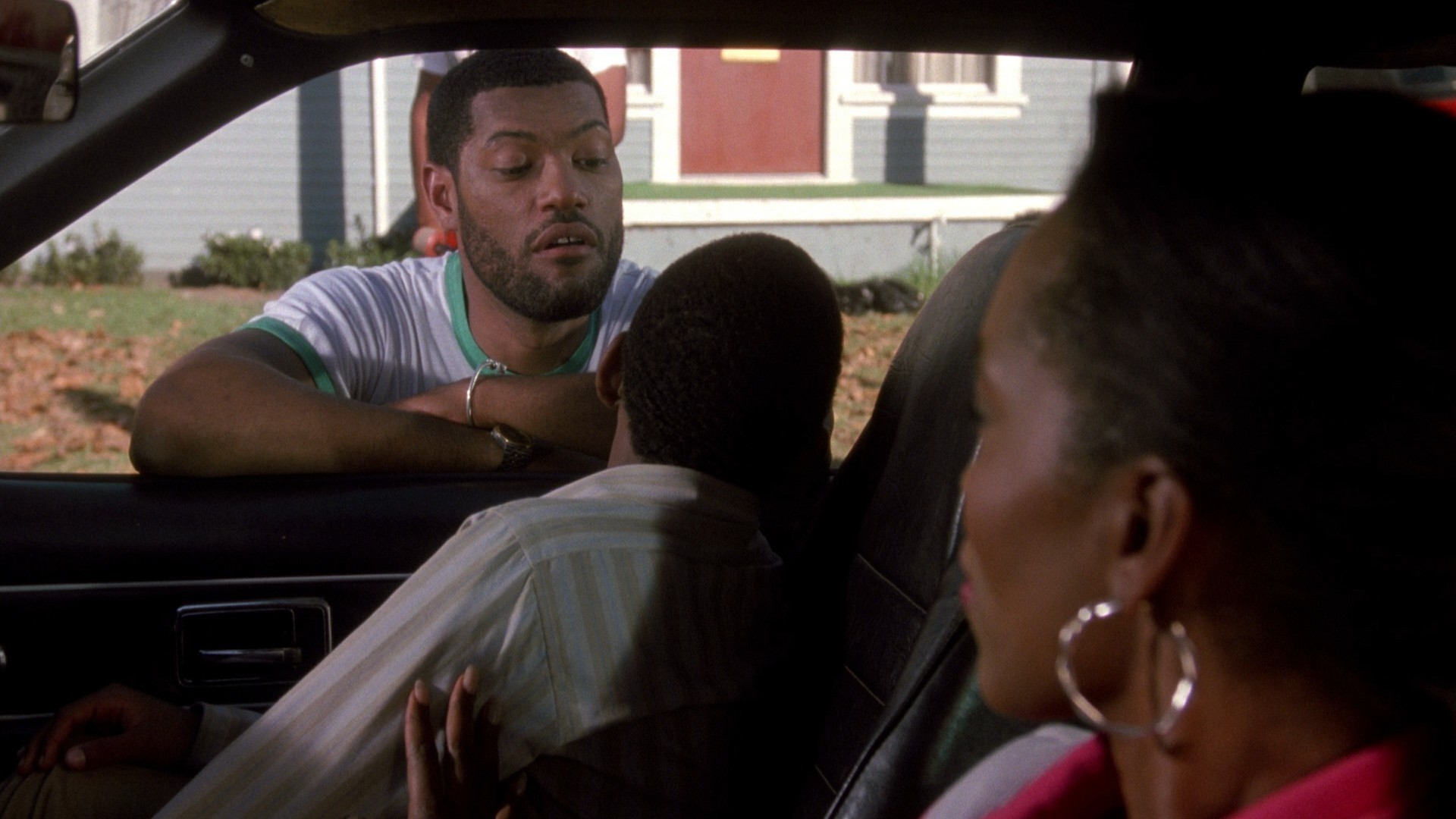 Why He’s a Great Movie Dad:  Jason “Furious” Styles (Laurence Fishburne) is doing his best to raise his son Tre (Cuba Gooding Jr.) in the roughest part of a gang-torn L.A. neighborhood. If anyone knows about fatherhood and teaching strength of character it’s Mr. Styles - as he says: “Only a real man can raise his children.”

What to get him for Father’s Day:  An end to gun violence - Sorry that got pretty heavy all of a sudden, didn’t it? 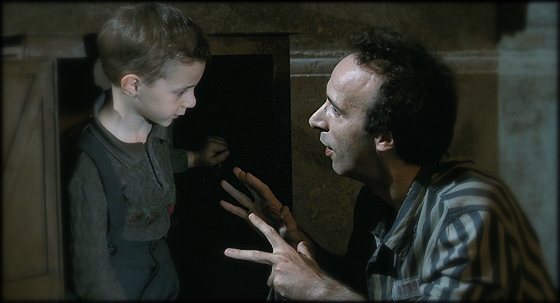 Why He’s a Great Movie Dad: We all want to make the world a better place for our children, but Guido (Roberto Benigni) goes further than most to do just that. To shield his little boy Joshua (Giorgio Cantarini) from the terrors of the Holocaust, he convinces him that their extended stay in a WWII concentration camp is a just a game where the winner is awarded a thrilling grand prize: a tank! Putting a brave face on every dark element to spare his son, we are almost convinced he’s found a way to believe the story himself.

What to get him for Father’s Day:  Those exit papers from “Casablanca” (1942) which Ugarte (Peter Lorre) tells us “cannot be rescinded” — to get him and his family out of that hell. 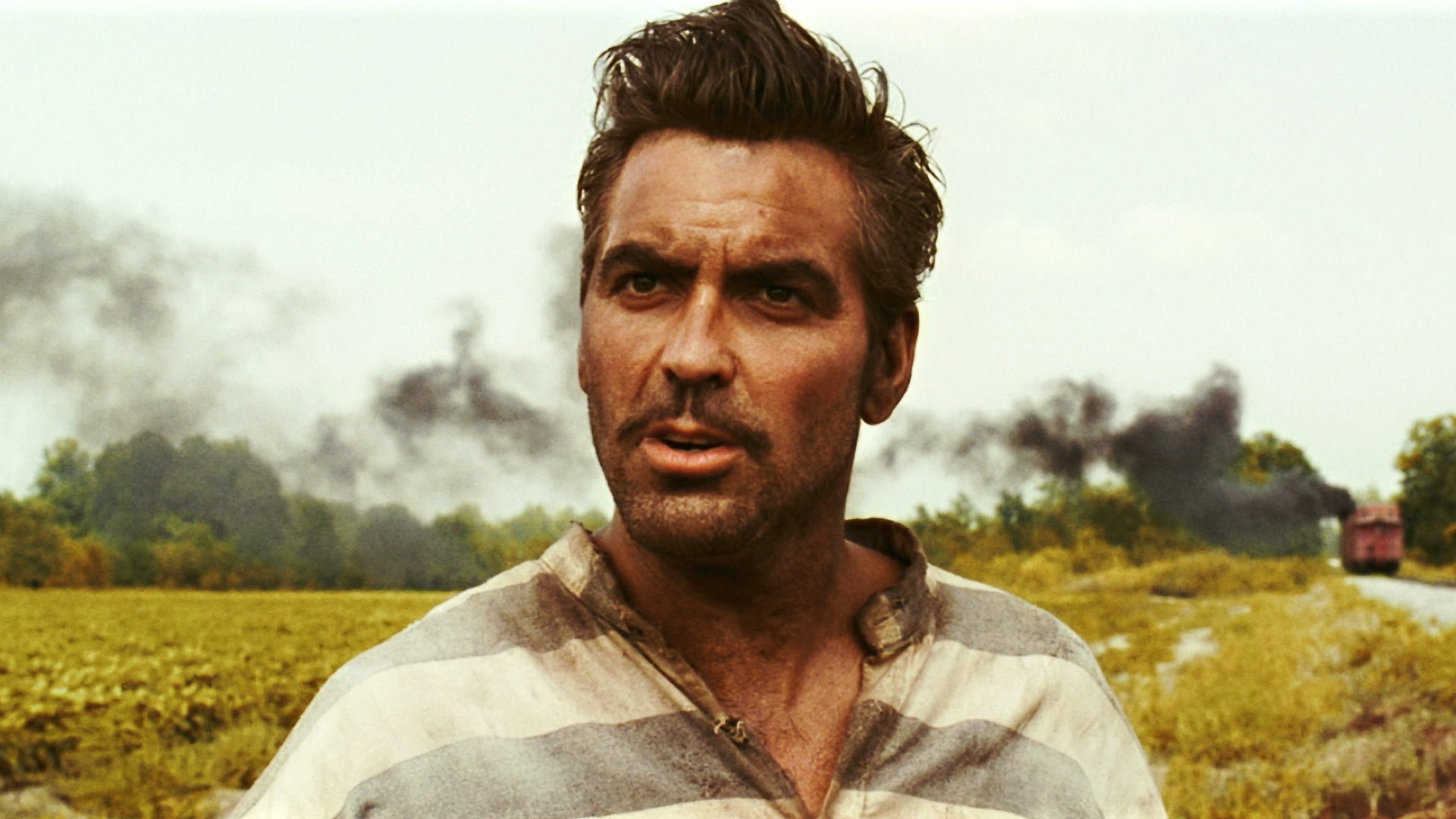 Why He’s a Great Movie Dad: Everett McGill (George Clooney) is the “dang paterfamilias” who will stop at nothing to be reunited with his daughters - the darling musical Wharvey Girls. The chains of prison, a cyclops, sirens, hell or high water (quite literally in the form of a flood) may get in his way, but no suitor is going to take his place. 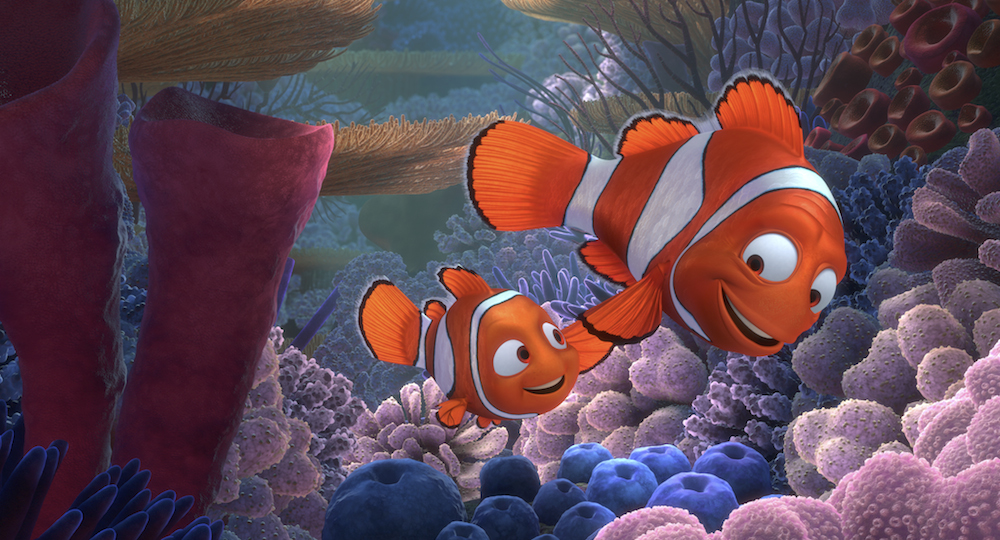 Why He’s a Great Movie Dad: Marlin (voiced by Albert Brooks) is not very funny for a clown fish, but he’s a determined little bugger racing across the ocean to rescue his lucky-finned little one, Nemo (voiced by Alexander Gould). Along the way he learns something about fatherhood and friendship, as well as how old (and wise) turtles can be.

What to get him for Father’s Day:  How about a new anemone? Say that five times fast.

Did we miss out on congratulating your favorite movie Dad? Let us know on Facebook if there’s a truly worthy father you think we may have forgotten.

Didn't find what you were looking for? Keep browsing for the right movie to watch tonight on our curated database. Using our search filters, you'll never spend too much time deciding on a movie again. The best movies to stream are just a click away!

(and How to Fill Them)