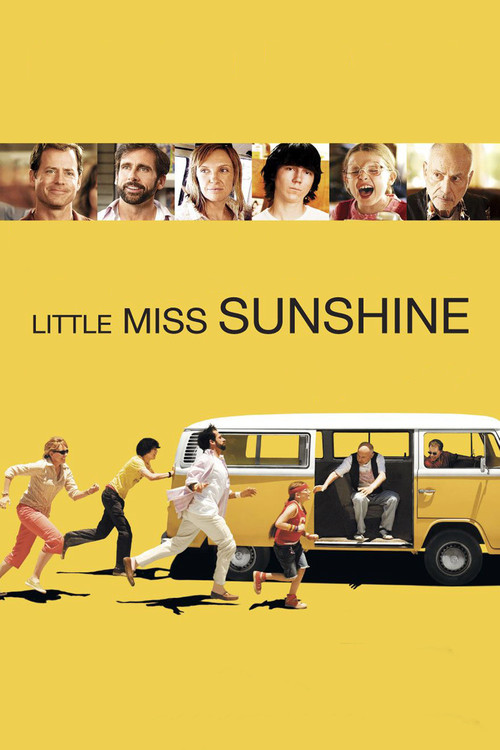 The Hoover family has troubles: Richard (Kinnear) is failing in his career transition to motivational speaking; his stressed wife Sheryl (Collette) has just invited her suicidal brother, Frank (Carell), to live with the family, making their small house even more cramped; and Grandpa Edwins (Arkin) has been ejected from his retirement home for failing to kick a drug habit. When the youngest, Olive (Breslin), decides that she wants to compete in the Little Miss Sunshine beauty pageant across the country, this group of misfits must unite and hit the road together, seemingly with the fate of their family at stake. Will they make it, or will their battered Volkswagen bus (and assorted other issues) keep them from realizing Olive's dream?

A box office smash and winner of Academy Awards for Best Screenplay and Best Supporting Actor (Arkin), "Little Miss Sunshine" is the true definition of a sleeper hit, as this film rocketed from its premiere at Sundance right into the hearts of the American public. The ensemble is undeniably skilled — Collette and Kinnear are perfect as a couple in a strained marriage finding each other again; Carell and Arkin provide comic relief and pathos by turns; and the wide-eyed, cherubic Breslin charms as the spark that drives this family. While many independent comedies coast on mere quirkiness, "Sunshine" has a real, beating heart at its core. As you watch the Hoovers pull together, you're reminded just what it means to be a family.