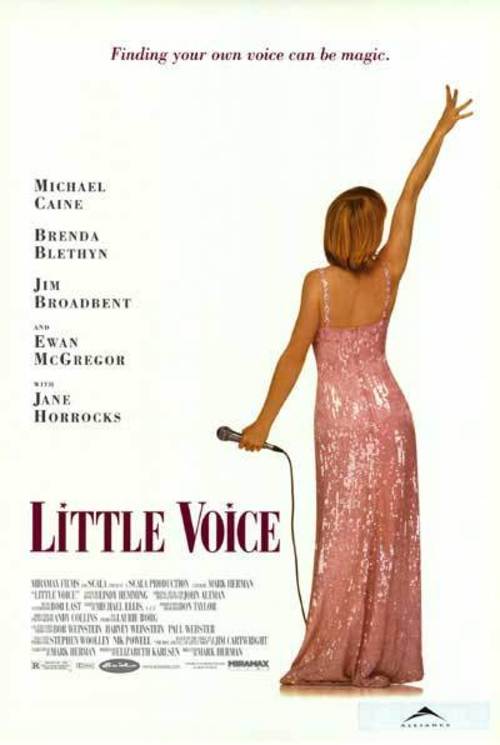 Little Voice (Horrocks) is a shy young woman with an extraordinary singing voice, though no one knows it except her mother, Mari (Blethyn). One night, Mari meets smarmy talent agent Ray (Caine) at a bar, and brings him home, where he hears LV warble a perfect rendition of "Over the Rainbow." Smelling a sensation in the making, Ray sets out to arrange for her public debut; but the road to stardom is pockmarked with jealousy, anger, and more than a few complications.

Mark Herman's utterly winning "Little Voice" was an indie sensation in Britain, where it charmed the socks off audiences. Blethyn's hilariously histrionic turn as LV's overbearing mum won her an Oscar nod for best supporting actress, and Caine's own performance as a venal manager with a thing for Roy Orbison has a humorous bite. But the star is Horrocks herself, who gives a tour de force performance as the introvert with golden pipes (just wait for her showstopping debut). "Little Voice" might be a modest film, but it has a whole lot of heart.