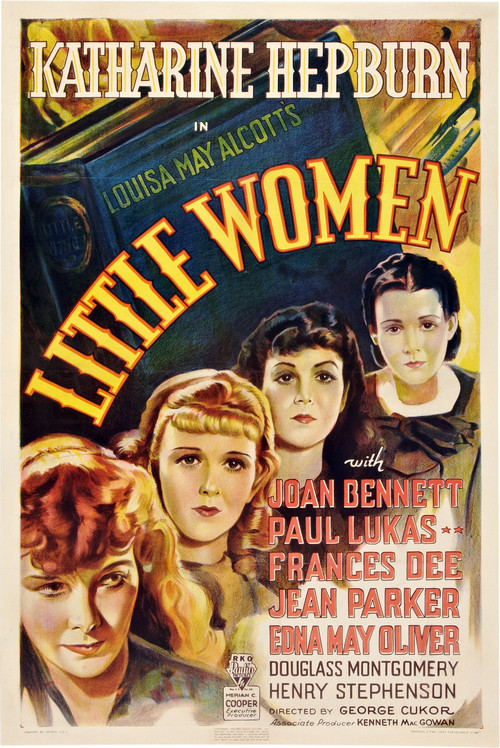 During the American Civil War, four sisters and their mother Marmee (Byington) struggle to make ends meet while awaiting news of their father fighting in the Union army. Eldest daughter Meg (Dee) longs for romance and marriage, feisty Jo (Hepburn) dreams of being a writer while catering to her crotchety aunt March (Oliver), Amy (Bennett) worries about her looks, and Beth (Parker) is frail and sickly. Jo befriends Laurie (Montgomery), the grandson of their wealthy neighbor Mr. Laurence (Stephenson), but cannot return the love he feels for her.

Director Cukor triumphs with this cozy, heartfelt adaptation of Louisa May Alcott's classic novel. His talented female cast, led by the irrepressible Hepburn as Jo, forms a living, breathing family that we feel a part of. Jo remains one of Hepburn's most indelible early performances; you'd think Alcott conceived this modern, independent-minded character with her in mind. This chronicle of a tight-knit clan rising above adversity buoyed depression era audiences, and it's easy to see why. Shepherded by an uncredited David O. Selznick, "Women" was nominated for three Oscars, winning for its adapted screenplay. Remade in 1949 and (to particularly good effect) in 1994, we still think the original is best.