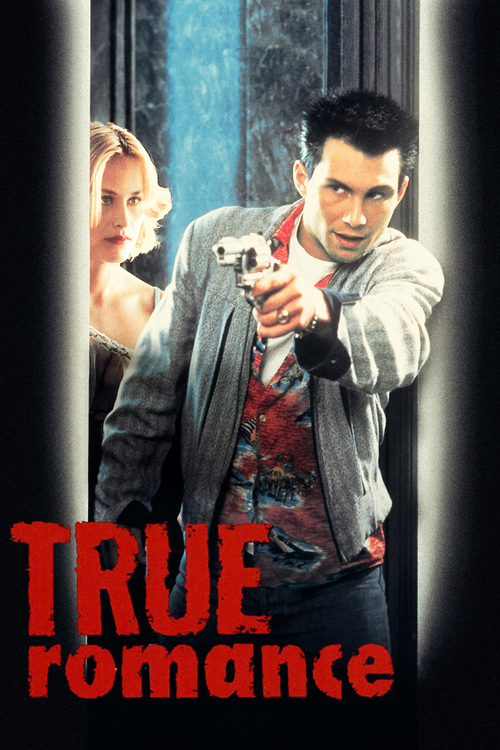 When quirky comic-store clerk Clarence (Slater) meets beauty Alabama (Arquette) at a Sonny Chiba triple feature, it's love at first sight. Never mind that Alabama is a prostitute hired by Clarence's boss to seduce him: the two are made for each other. Now the only thing standing in their way is Alabama's violence-prone pimp, Drexl (Oldman), who Clarence has plans to bump off. When Clarence inadvertently picks up a cache of cocaine on leaving Drexl's lair, he plans to cash in. But the mob, who'd originally invested in the drugs, wants Clarence to cash out — permanently.

Yes, the lovers-on-the-lam genre has been done to death in Hollywood, but this film, penned by Quentin Tarantino (while he was still a video-store geek), is directed with electrifying flair by Tony Scott. And it's fun to boot! Slater's impish, slightly madcap charisma and Arquette's plump-lipped coquetry will make you root for these rebels, even after they knock off Oldman and hit the road carrying their illicit loot. This is pure, adrenaline-fueled pop filmmaking, with the best cameos (Walken, Pitt, Hopper, and Kilmer) of practically any film we can think of. Crank this one up on a weekend night — you'll have a blast.