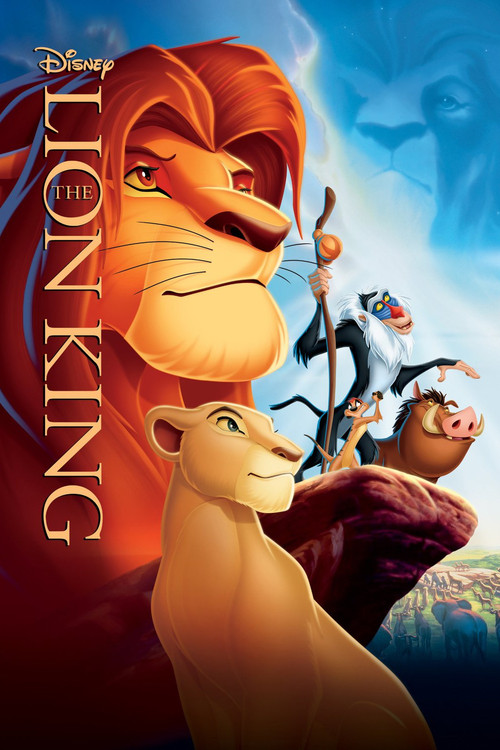 On the plains of Africa, lion cub Simba (Thomas) is born to Mufasa (Jones), the king of the lions. As his son, Simba is destined to head up the pride and rule over the territory. But Mufasa’s jealous, power-hungry brother Scar (Irons) plots to rid Pride Rock of both of them. He causes a stampede during which Mufasa is killed, and then lays the blame on Simba. Exiled, Simba meets friendly warthog Pumbaa (Sabella) and meerkat Timon (Lane), and grows up burdened by guilt over his father’s death. Later, a grown up Simba (Broderick) is summoned to return home, confront his evil uncle, and restore order to the land.

With its origins in Greek tragedy, this rousing coming of age tale is family friendly, but unafraid to confront issues of life and death. The glorious animation is bolstered by Hans Zimmer’s award-winning score, as well as the catchy songs of Elton John and Tim Rice (including the Oscar-winning “Can You Feel The Love Tonight?”). A welcome vein of comedy runs throughout the film, with Lane and Sabella doing the heavy lifting as Simba’s pratfalling companions, and Whoopi Goldberg heading up a posse of thuggish hyenas. Irons adds Shakespearean gravitas to the villainous Scar in a Disney classic that only grows better with age.

The Lion in Winter