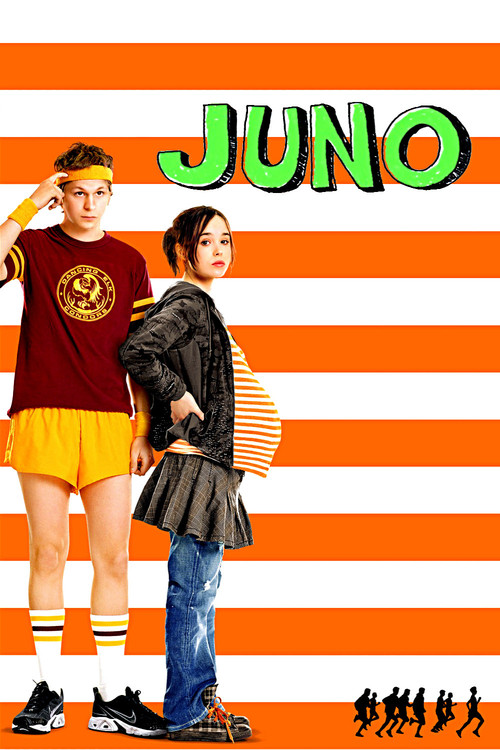 Quirky and confident, teenage misfit Juno (Page) is a true original who spends most of her time playing music with her shy best friend Bleeker (Cera). One night, claiming boredom, she takes their relationship to another level and winds up pregnant. She then decides to have the child and put it up for adoption. When Juno meets Mark (Bateman) and Vanessa (Garner), a seemingly ideal young couple that wants to start a family, it appears her problems are solved. But as Juno gets closer to childbirth, a variety of factors cause her to re-evaluate giving up the baby. This very pregnant teenager must now confront some very grown up decisions.

Breaking all expectations at the box office, this touching, offbeat comedy boasts a sharp, knowing screenplay which went on to win an Oscar for first-timer Diablo Cody. Director Reitman (son of Ivan) succeeds admirably in blending a hip, teen-girl aesthetic into what is essentially a heartfelt, coming-of-age story. The charismatic, well-cast Page (Academy Award nominated) and Cera shift easily from humor to pathos, and they're supported by a deep bench of supporting players in Garner, Bateman, Janney and Simmons. Funny, sweet, and whip-smart, "Juno" is truly pregnant with laughs — and heart.