When Love Gets Weird: 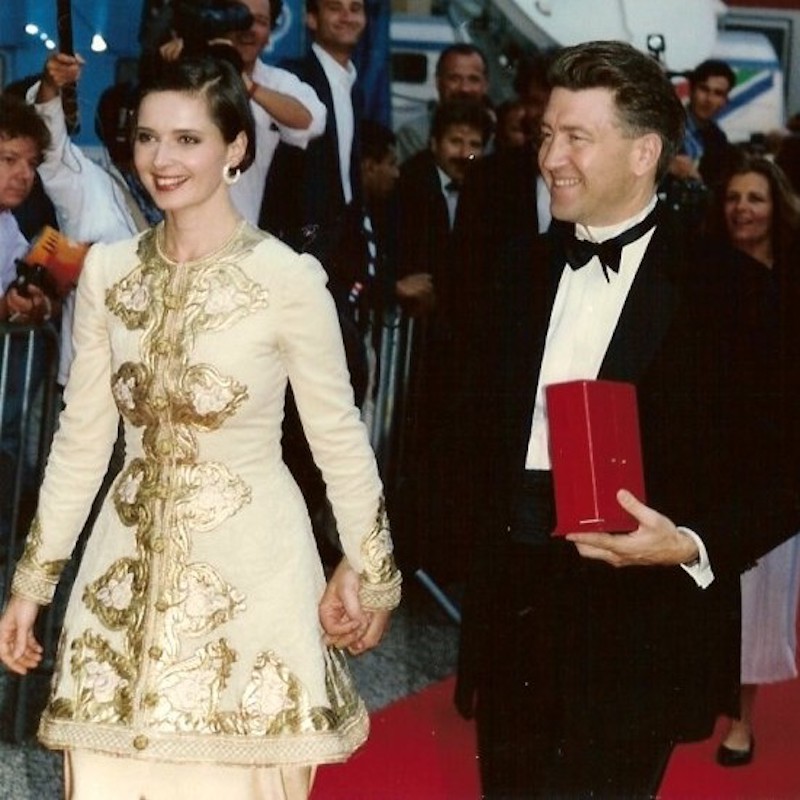 Sometimes love is grand, sometimes it’s a kick in the teeth, and sometimes it can be more than a little strange. The relationship between the beautiful Isabella Rossellini and “Tsar of Bizarre” director David Lynch lands squarely in that third category.

I'm no Hollywood gossip-monger (well, maybe a little), but when I heard that their painful breakup in 1990 was blamed partially on Lynch’s phobia concerning kitchen smells – well, I couldn’t just let that alone, could I?

To begin with, there’s the meet-cute tale of how the Lancome model and the director first became acquainted. Reportedly, it’s a story Lynch just loves to tell. The two were introduced at a restaurant during a break in the casting process of Lynch’s soon-to-be-cult hit, “Blue Velvet” (1986).

When he first spotted Isabella, Lynch told her: “Hey, you know, you could be the daughter of Ingrid Bergman.” A friend nearby informed him, “You idiot, she IS Ingrid Bergman's daughter." (Reminds me of that classic Lana Turner restaurant scene in 1997’s “L.A. Confidential.”)

Isabella is, in fact, the child of Oscar-winning actress Ingrid Bergman and influential neo-realist master director Roberto Rossellini. She grew up idolizing her father, and freely admits that this led her into romances with other great directors. Before dating Lynch, she was briefly married to Martin Scorsese, and directly after him, to aspiring filmmaker Jon Wiedemann.

On the subject of her taste in gentlemen, Isabella says: “Martin and David are alike…The men in my life are visionaries, a bit like my father. I feel extremely inspired by them, over-awed by their presence.” And they by hers, I’d imagine. 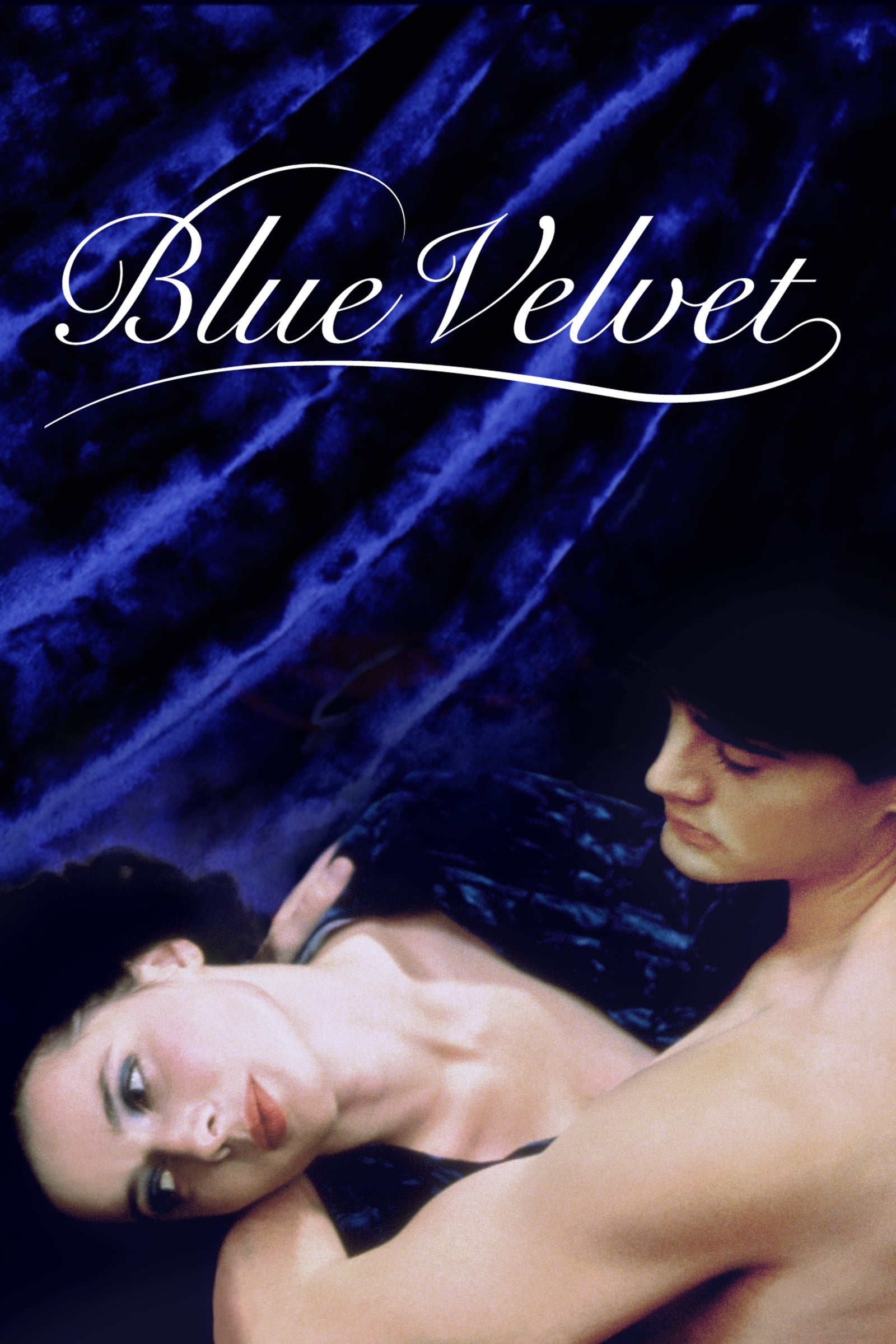 The relationship with Lynch started during the filming of “Blue Velvet,” in which Rossellini was ultimately cast, no doubt to compensate for Lynch’s heinous lunchtime gaffe. In what would become her signature role, Isabella plays Dorothy Vallens, an emotionally damaged woman who is savaged by her sadistic lover, Frank Booth (Dennis Hopper). Discussions with Lynch about how and why she must debase herself in the role must have served as a sort of two-way aphrodisiac. (Let’s face it: they’re not the first couple to get all hot and bothered talking about perversion).

And hot and bothered they did get, as any fool can see from this remarkable Helmut Newton photograph taken on the set.

After wrapping “Velvet,” they continued to see each other and even got engaged, but the relationship was often long distance. Both had their respective careers: Lynch was just starting his TV series, “Twin Peaks,” and Rossellini’s modeling career was still going full-tilt. Even so, she says they talked on the phone for hours, and were still passionate when they could find a spare two or three minutes to be in the same room alone.

A few years later, just before the opening of Lynch’s “Wild at Heart”(1990), in which Rossellini plays the dangerous, blonde-wigged Perdita Durango, Time Out Paris ran an article called “Rossellini and Lynch: The X-rated Couple are Wild at Heart.” In the piece, Lynch and Rossellini seem perfectly in sync, though the author does shed light on several of the director’s curious quirks.

For one thing, it mentions how Lynch´s right shoelace had been undone for the last three months because of a positive experience he’d had when it was first discovered untied. Also, it seems that for seven years running he’d ordered a chocolate shake nearly every day at 2:30 pm (served in a silver goblet, never a glass) at Bob´s Big Boy.

And as for the cooking smells, that’s no fabrication. Lynch stated in a separate interview that he most certainly doesn't allow cooking in his house. "No, Ma'am", he said. "The smell. The smell of cooking - When you have drawings or even writing - the smell would get all over my work." You must admit- he has a point.

“David is obsessed by obsession,” Rossellini told the Daily Mail. And apparently his odd habits and neuroses, bordering on OCD (maybe not even bordering), did frustrate her, but it turns out this was not the ultimate cause of the breakup. In fact, it was Lynch, not Isabella, who ended the relationship.

Reportedly, when “Wild at Heart” premiered at Cannes (where it won the Palme d’Or) the couple walked down the red carpet, cooing like lovebirds. However, as we all know, external cooing often suggests internal conflict. When the film was over and Lynch and Rossellini went back to their hotel, he admitted he didn’t think the relationship was working. A short time later they split for good.

In her autobiography, Rossellini confesses: "When David left I was totally broken-hearted." Recently she admitted she had to go to therapy to get over it. (Don’t feel ashamed, dear. People have hit the couch for far less.)

She told German publication Die Zeit, “David was the big love of my life. And I believed that he loved me the same way, but obviously I was mistaken. All my instincts told me we were a happy couple, but we weren’t.”

So — that ends the story of “Beauty and the Bizarre.” Of course, it’s sad to hear that the breakup affected the lovely actress and model so deeply, but she’s had plenty of time to heal. Besides, you have to believe a lady this lovely and glamorous wouldn’t stay lonely for long, unless by choice. At least for the past two decades, she’s been free to meet men who tie both their shoelaces, though that may seem way too conventional.

Looking ahead, if she’s ever truly desperate (which I doubt), it shouldn’t be hard to snag an invite to the annual meeting of the Directors’ Guild. She’s unlikely to see her ex there, as he’s pretty much given up making films to raise money for his foundation, whose goal is to spread the word about the myriad benefits of transcendental meditation.

Folks, you just couldn’t make this stuff up.

8 Foreign Films Better Than Their