That Has Jaws Dropping Across America

Given the subjects of Errol Morris’s previous films (including such titles as “Vernon, Florida,” “The Thin Blue Line,” and “Tabloid”), you could safely assume that Morris enjoys filming offbeat, bizarre and disturbing subjects. “Disturbing” is certainly an apt description of his latest release, “The Unknown Known,” an up-close and not-so-personal look at Donald Rumsfeld.

Rumsfeld is the man who (twice!) led our Armed Forces as the Secretary of Defense. He’s also one of the forces behind the infamous “torture memos,” the government’s internal memos that temporarily made certain acts of torture “legal” when used against “terror suspects.” 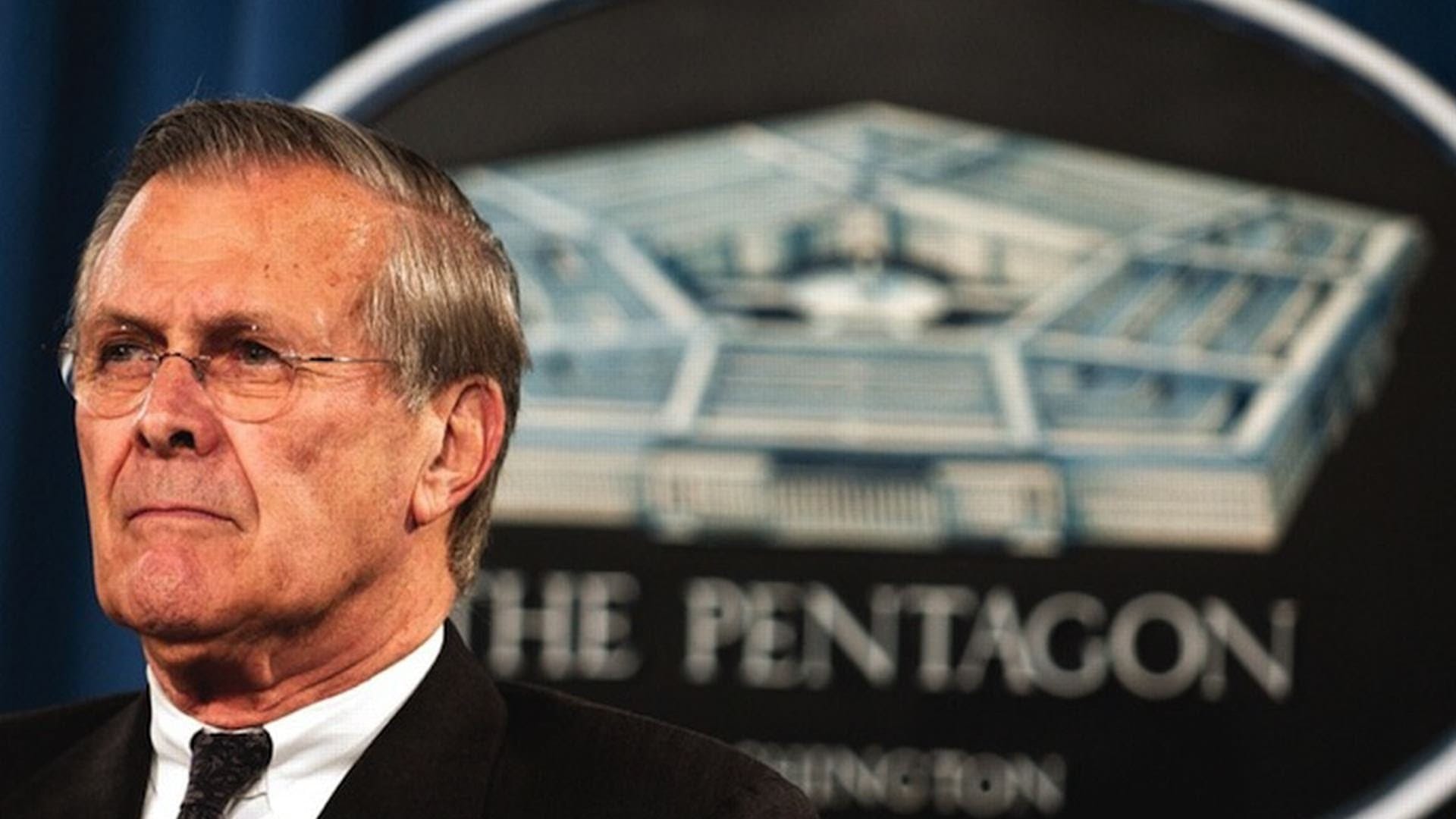 Documentaries about larger-than-life characters like “Rummy” are often notable for their filmmakers’ ability to coax candid admissions from their subjects. For instance, Morris interviewed Robert McNamara (the Secretary of Defense who presided over Vietnam) in 2003’s Oscar-winning “The Fog Of War.” In it, McNamara made the startling admission that he behaved “like [a] war criminal.” His shocking and preternaturally calm recollections were the thoughts of a man who had spent years reflecting on the nature of war, and his own key role in a costly and misguided one.

“Unknown” is notable for its subject’s lack of soul-searching (some might say due to Rumsfeld not possessing a soul). Unlike McNamara, Rumsfeld never exhibits any remorse for his part in selling multiple wars to the American public under specious intelligence and, just perhaps, outright lies. He appears to view his role in the Iraq debacle with an eerie, almost amused detachment, without any trace of regret. 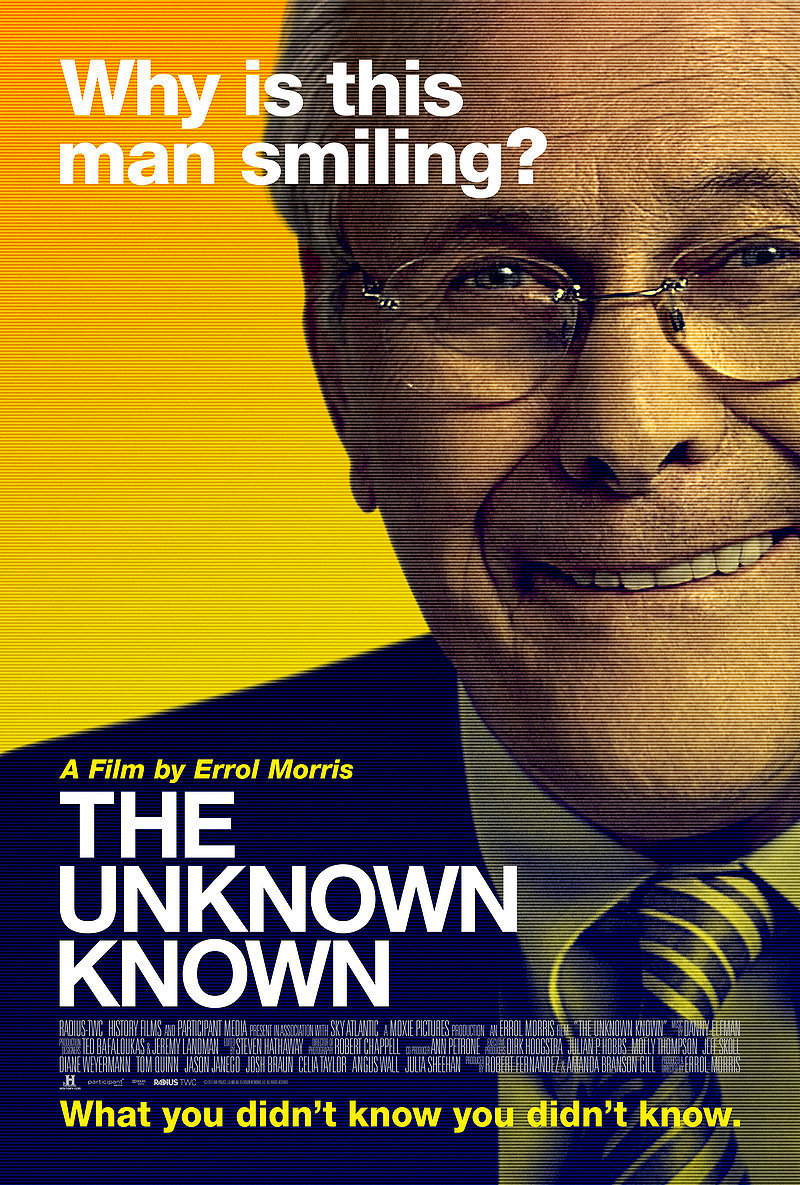 Even more chilling? We learn that as soldiers died in Iraq and Afghanistan, Secretary Rumsfeld was preoccupied with guarding his turf against Condoleezza Rice and her N.S.C. In fact, his focus appeared to be firing off scores of memos to Washington, asking for exact definitions of deliberately misleading terms like “unconventional warfare” and “enhanced interrogation techniques,” rather than focusing on a way to end an unpopular and unjust war.

The former Secretary loves the intricacies of language, and engages Morris in a bit of impressive semantic word-play, dodging questions and twisting meaning until he turns a question about torture into a chance to grill the documentarian about the meaning of words. It might be impressive, if it weren’t so depressing.

“The Unknown Known” only becomes more disquieting when we’re reminded that Rumsfeld was around for more than the George W. Bush presidency – that he’d been a Washington player since the Nixon years. To realize such a remote, stubborn, sphinx-like figure was so close to the seat of power for so long is chilling. The man could actually have become President, if Reagan had chosen him over George Bush as his running mate for the 1980 election.

This is one of those “known unknowns” you might prefer not to know. Yet as engaged, responsible citizens, we need to examine the nature and character of those who run our country. I need hardly tell you it isn’t always a pretty picture.