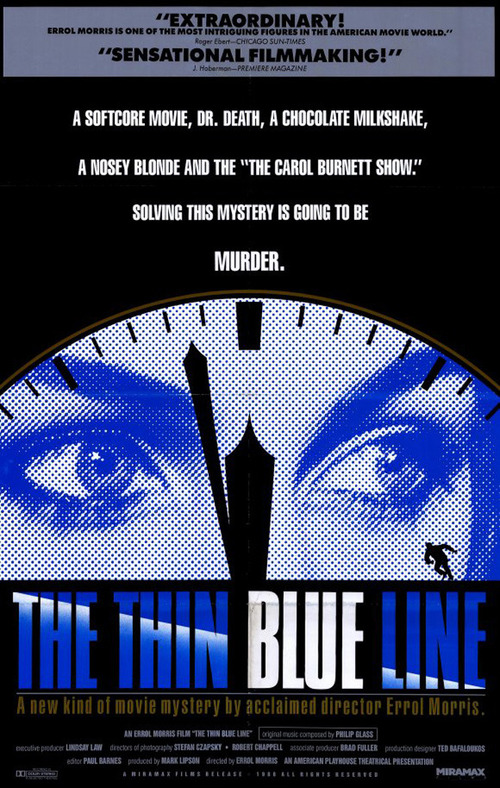 Here, Errol Morris made a ground-breaking documentary about the case of Randall Adams, wrongly convicted in Texas of murdering a police officer. The film makes use of both re-enactments and interviews with Adams, law-enforcement officials, and court witnesses, including one David Harris, who testified he was in the car with Adams when the shooting took place.

Years in the making, this film resulted in the re-opening of Randall’s case, and his eventual exoneration. Spooky in the way only real-life stories can be, Morris lets the players speak for themselves, inexorably building the case for a gross miscarriage of justice. An impressive and important landmark in cinema — this film actually saved a man’s life.