In a variety of interesting ways, mustaches make the man in movies.

At the dawn of film, it was usually the villain wearing the ‘stache. In silents and old-time serials, they would twirl them to signify a dastardly deed was being contemplated. These “types” would go on to inspire the indelible character of Snidely Whiplash in the “Dudley Do-Right” segment on “The Rocky and Bullwinkle Show.” I loved that guy.

In the realm of silent comedy, the sight of well-placed follicles on the kisser also could elicit laughter from audiences, as evidenced by Charlie Chaplin, Ben Turpin, Andy Clyde, Oliver Hardy and others.

Later, in the Western genre, the ornery guys with the black hats often had mustaches or whiskers, while the good guys wore white hats and were most always clean-shaven. Facial hair signaled bad intentions, dissolution, or old age. Remember Gabby Hayes? He always needed a shave, but he was too ancient to care.

Of course, it’s not difficult to draw a line from the old days to contemporary times; only the mustaches have gotten thicker. Various heroic characters played by the likes of Robert Redford, Burt Reynolds, Will Smith, Brad Pitt and many more have adopted the macho mustachioed look.

Here is our rundown of the ten most memorable mustaches in the movies. We hope this inspires you to grow one yourself, if you haven’t already. 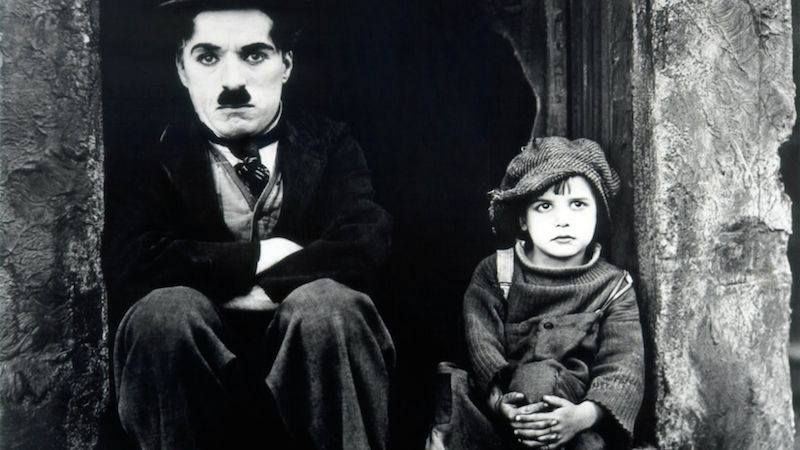 To appear older, Chaplin used a fake toothbrush mustache for his early silent shorts at Keystone Studios, which, along with his derby and cane, became an essential part of his ongoing “Tramp” character. For this, his first feature, Chaplin was 32 years old, but the accoutrements made him seem more mature, as he plays a surrogate father to a boy (Jackie Coogan) abandoned as a baby by his unwed mother (Edna Purviance). This deft mix of pathos and comedy leaves you smiling while your heart aches.

It’s not every star that gets their own brand of disguise sold for decades in stores around the world, but the plastic version of Groucho Marx’s iconic fake mustache, round glasses and cigar are staples at Halloween shops and toy stores all over the place. Of course, Groucho’s mustache was phony, drawn with grease paint. But it did the trick time and again in the siblings’ classic comic romps, especially in this spot-on satire where Groucho plays the newly-appointed leader of a country about to go to war. Hail, Freedonia!  Stream it now. 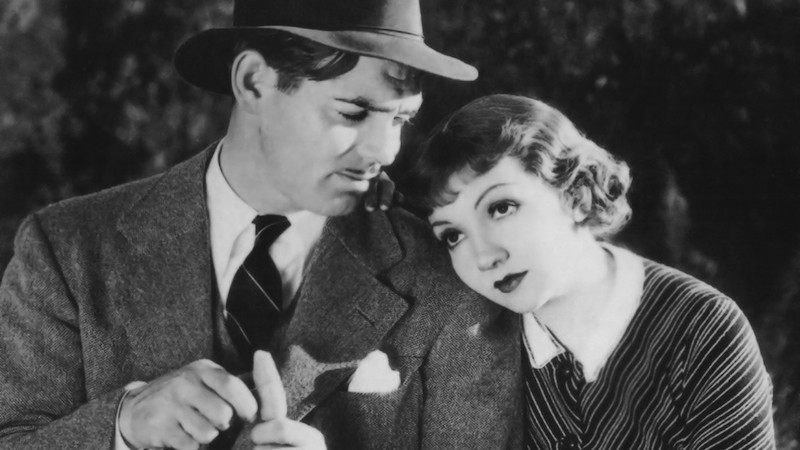 In the beginning of Gable’s film career, his trademark “pencil” was strictly an on-and-off affair. But by 1934, when the so-called "King Of Hollywood" grudgingly did the comedy that would win him his only Oscar, he and his mustache were inseparable. Indeed, it broke his heart when he was forced to shave it off the following year for “Mutiny On The Bounty.” Throughout the rest of his career, Gable’s trademark mustache connoted manliness and, frankly my dear, not giving a damn.  Stream it now.

Frank Morgan may not have been Oscar-nominated for pulling a Peter Sellers and taking on five —count ‘em, five — roles in this perennial MGM musical favorite, but his facial hair certainly merited a special award. The actor not only changed clothes and personas but shifted facial hair for each character. My favorite is “The Gatekeeper,” whose head pops out of the front door of the Emerald City to greet Dorothy and company. His attention-getting waxed handlebar is something to behold. When coupled with his bizarre multi-parted haircut and bright green leprechaun-ish uniform, audiences knew for sure they weren’t in Kansas anymore. 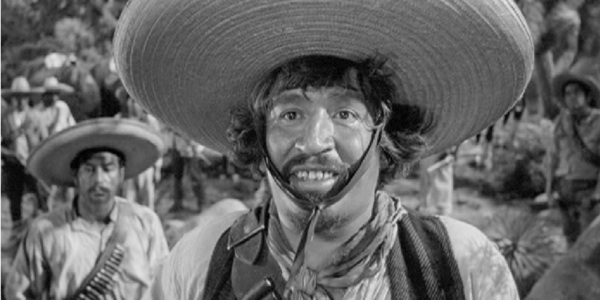 “Badges? We ain’t got no badges. We don’t need no badges. I don’t have to show you any stinkin’ badges!” That famous line was uttered in John Huston’s classic drama by Mexican actor Alfonso Bedoya. He’s playing a bandit who’s just encountered Fred. C. Dobbs (Humphrey Bogart), an American searching for gold south-of-the border. Wearing a belt of bullets around his shoulder and a large sombrero with its strap bracing his chin, Gold Hat’s drooping, unkempt Zapata-styled mustache speaks volumes: “Don’t mess with me, gringo.” Too bad he’s up against Bogie and Company. Stream it now. 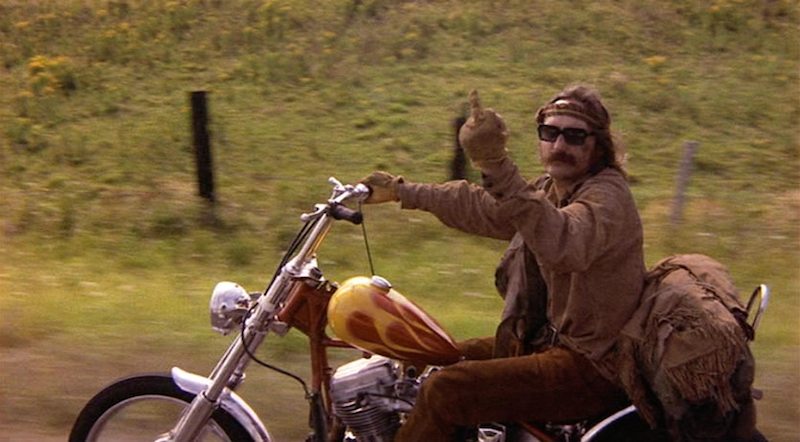 As the biker hippie en route to Mardi Gras after scoring a big drug deal with his friend Wyatt (Peter Fonda), Dennis Hopper’s Billy seemed like the embodiment of the restless, rebellious counterculture then in full swing. Along with his buckskin jacket, unkempt long hair and Australian Bushman hat, Hopper’s scruffy horseshoe mustache reinforced the idea that Billy was born to be wild. Hopper also co-wrote and directed this groundbreaking movie, a surprise smash hit which launched Jack Nicholson as a star and was also Oscar-nominated for its Screenplay.  Stream it now. 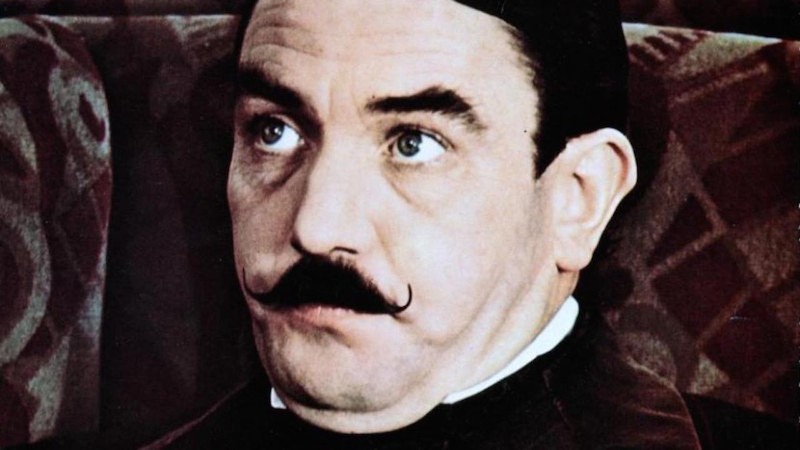 Playing Agatha Christie’s Belgian sleuth to perfection, the unrecognizable, Oscar-nominated Albert Finney was featured with a meticulously waxed, upwardly curled mustache. It provided the perfect complement to the detective’s impeccably tailored attire, and his methodical, exacting way of investigating a murder. In this case, an American tycoon (Richard Widmark) has been done away with on the Orient Express, and there are many unusual suspects on-board,  along with the famed Inspector himself. 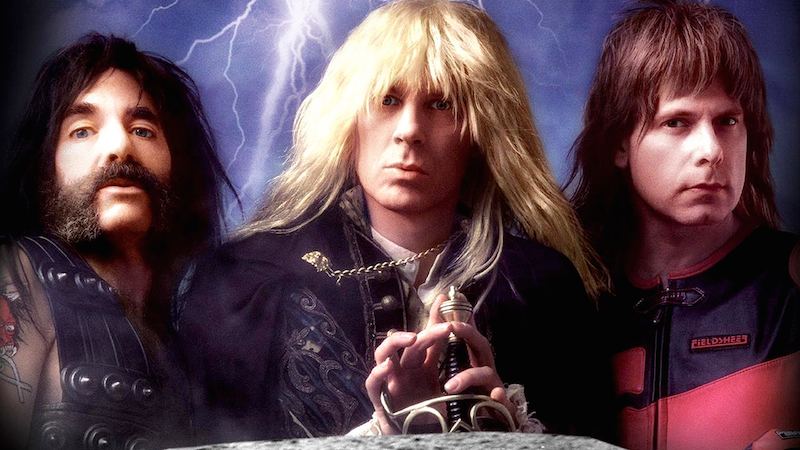 As the introspective British bass player of the hard-luck band “Spinal Tap,” Harry Shearer has a doozy of a muttonchop handlebar that, when paired with his retro long bangs, screams “heavy metal dinosaur.” And when Derek puffs on his pipe with the elephantine head in Rob Reiner’s mockumentary, he resembles a grizzled 1970s Sonny Bono doing a Sherlock Holmes impersonation. It’s a dazzling sight. Light a match for an encore, but don’t get it near that ‘stache!   Stream it now. 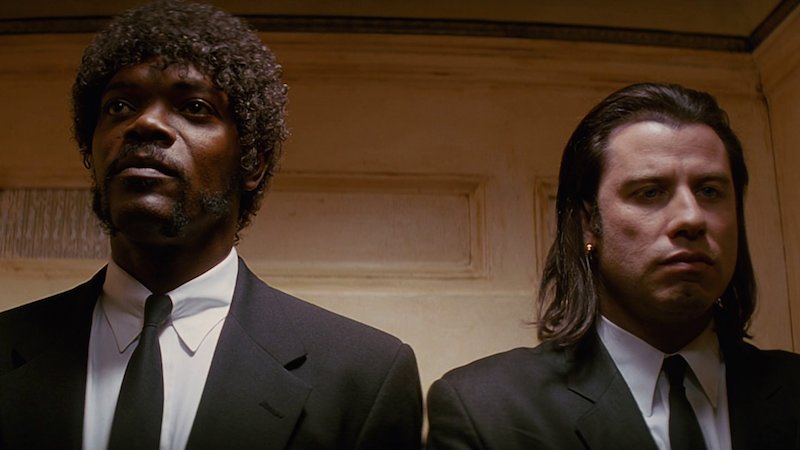 It’s unusual for facial hair from a movie to inspire an entire fashion craze. But that was the case with Samuel L. Jackson’s unique facial frizzies in Quentin Tarantino’s topsy-turvy crime saga. Known as “The Winnfield Style” after the name of Jackson’s assassin, the approach calls for a ragged horseshoe mustache just about (but not quite) attached to serious wraparound sideburns. Add the Jheri-curled hair and you have a complete portrait of the man — or, in this case, the hit man!  Stream it now. 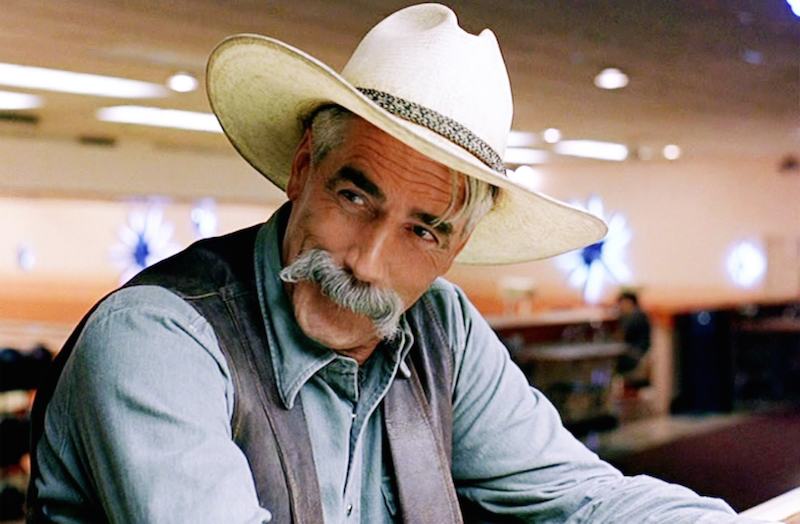 As a veteran of many westerns on movies and television, the rugged Sam Elliott was just what the Coen Brothers ordered for their off-kilter comic masterpiece. No matter what role this deep-voiced performer has played, Elliott’s Hall of Fame facial follicles seem to take center stage. Here he’s the mysterious man simply credited as “The Stranger,” narrating parts of the film from the bowling alley where The Dude (Jeff Bridges) and his friends roll. The western drawl and cowboy attire are accompanied by the trademark hirsute monster, a fabulous thick thatch of grey, black and white. In this case, the Dude abides — but so does Elliott’s attention-grabbing facial hair.  Stream it now.

6 Better Movies that Feature the