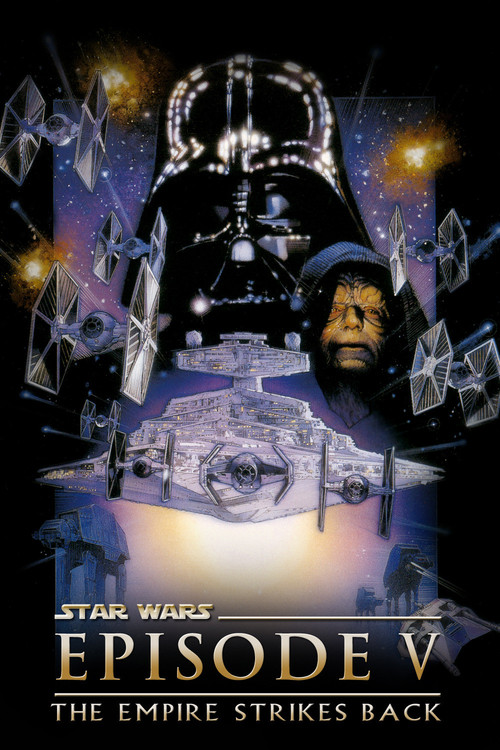 Three years after the destruction of the Death Star, the Rebel Alliance is still locked in an intergalactic struggle with the Empire. After a fierce battle between the rebels and Darth Vader’s attacking AT-AT Walkers, Princess Leia (Fisher) and Han Solo (Ford) flee aboard the Millennium Falcon. Luke Skywalker (Hamill) escapes with R2-D2 (voice of Baker) and crash lands his X-wing on the planet Dagobah. There he meets the Jedi master Yoda (voice of Oz) and becomes his pupil. Growing stronger with the Force, Luke sets out to rescue Han and Leia, who have been betrayed by Lando Calrissian (Williams). Luke is then drawn towards an inevitable showdown with Vader himself.

This darker sequel to “Star Wars” benefits from a much larger budget than the original and a complex father/son story that reverberates with emotion and import. Visually, the film bursts with inventive creatures and machines, with the coup de grace being Oz’s rendering of the sagacious Yoda, who steals every scene he’s in. Thematically, Luke’s inner conflict sets up the final installment, as well as providing mythological heft. Ford and Fisher are like a cosmic Nick and Nora, with their loaded repartee adding welcome spice. Revisited in 1997 to incorporate new CGI effects, this action-packed space opera continues to enthrall and entertain.