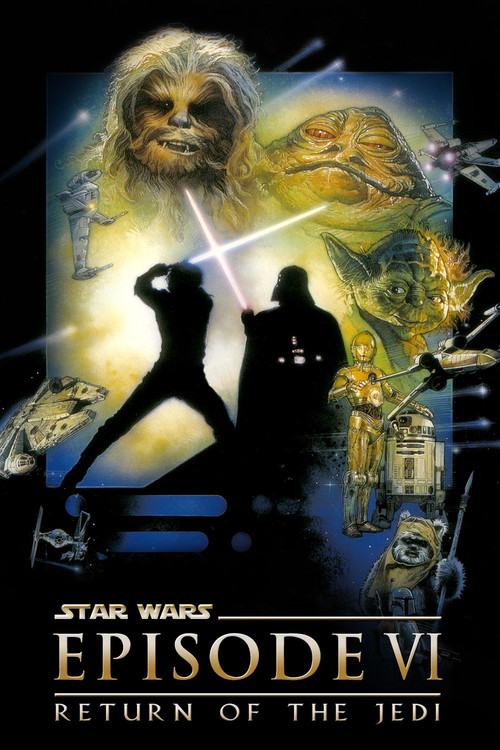 One year after the conclusion of “The Empire Strikes Back”, Luke Skywalker (Hamill) returns to the planet Dagobah to find a dying Yoda (Oz), who confirms that Darth Vader is Luke’s father and Leia (Fisher) his sister. Meanwhile, Vader and the Emperor Palpatine (McDiarmid) are constructing a new Death Star. Plotting to blow it to smithereens, the rebels travel to Endor to destroy the shield generator, where they team up with the native Ewoks. Luke is then forced to surrender to imperial troops, and is taken to Vader, who entreats him to join the Dark Side. An epic battle ensues, with each man’s soul in the balance. Can Luke triumph over his father — and can Leia, Han (Ford) and Lando (Williams) destroy the Death Star?

With a zinging screenplay by George Lucas and Lawrence Kasdan, director Marquand keeps the action at hyper speed and the fun at a fever pitch. Weird aliens and furry critters join the Galactic party; thrills come by way of a flying jet-ski chase through a forest and the poignant showdown between Luke and the father he believed was long gone. (This third installment is also famous for Leia’s gold bikini!) Winning a Special Achievement Award for Special Effects at the 1984 Oscars, Lucas’s swashbuckling space saga ends Luke’s picaresque journey with a satisfying finale that unites Yoda, Obi-Wan Kenobi and Anakin. May the Force be with us always!