6 Better Movies that Feature the 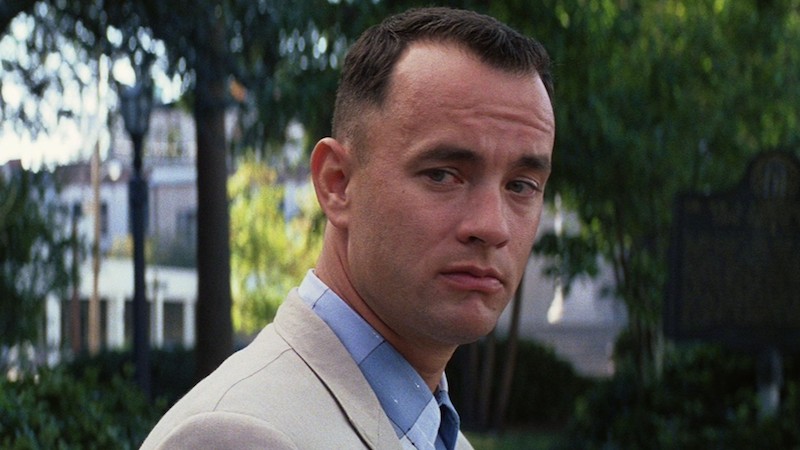 Please don’t let a super-sized screen, nor that Best Picture Oscar (over “Pulp Fiction,” for crying out loud!), nor that $600 million-plus box office take convince you that “Gump" is anything but a treacly mediocrity. While it has moments of sweetness and charm, it is absurdly overrated.

You’d be better off spending your time watching these esteemed “Gump” co-stars in films that can legitimately be deemed great.

To that end, here are our recommendations for ways to spend your week — complete with an ironic box of chocolates on the coffee table — while you’re purposely avoiding “Forrest Gump.” 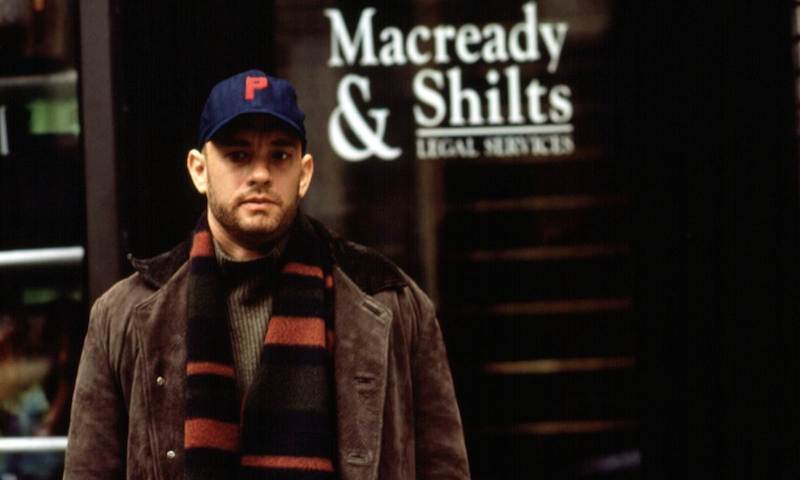 If you want to see Hanks at his best, forget his second Oscar-winning role in “Gump” and instead focus on his first, in the prior year’s “Philadelphia.” This movie was groundbreaking; it was the first big-budget film to tackle the subject of AIDS. Hanks’s moving performance as an HIV-infected corporate lawyer fighting for gay rights — and his life — will leave you slack-jawed and teary. One scene to savor: when Hanks’s character is trying to convince a homophobic lawyer (played by Denzel Washington) to take his case, he makes his plea as a Maria Callas aria infuses the room. The effect is uplifting and heartbreaking all at once.   Stream it tonight! 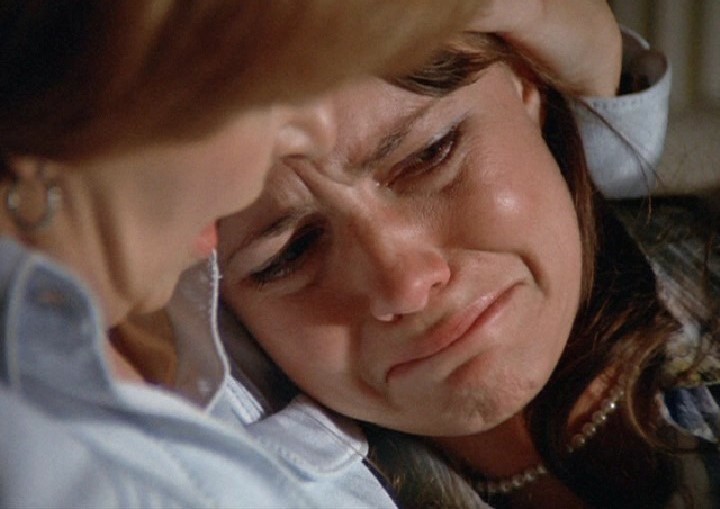 In “Gump,” Sally Field — who plays Forrest’s mom — was forced to utter nonsensical aphorisms like “Stupid is as stupid does.” In “Sybil” (1976), which originally aired as a TV miniseries, Field gets to dig deep into the tortured mind of a 29-year-old school teacher who’s suffering from multiple personality disorder. As the various personalities surface, Field does a masterful job of bringing everyone of them— from a beaten-down child, to a grandmotherly figure, to a death-obsessed adult — to mesmerizing life. It’s an acting tour de force that will leave you haunted. 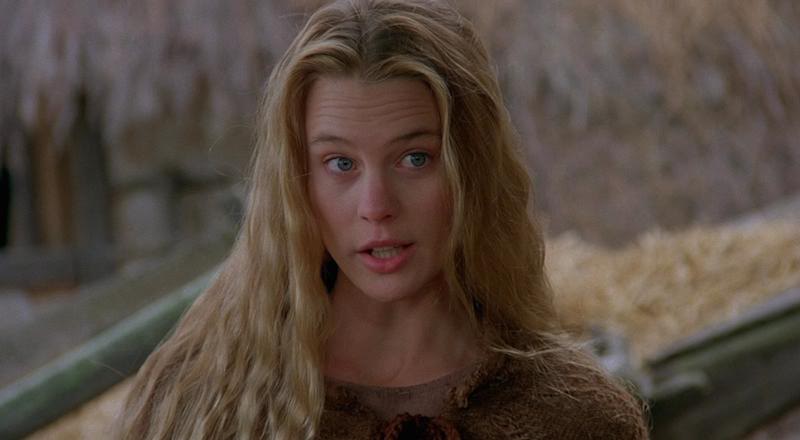 Wright’s character in “Gump” was used to symbolize the American counterculture, but she’s put to far better use as damsel-in-distress Princess Buttercup in the classic comedy “The Princess Bride” (1987). Directed by Rob Reiner, “Bride” is a parody of those medieval sword and sorcery movies: beautiful princess falls in love with lowly farmhand; evil prince has beautiful princess kidnapped by hapless henchmen; princess gets attacked by shrieking eels. With an oddball cast of co-stars that includes Mandy Patinkin, Wallace Shawn and the wrestler Andre the Giant, “Bride” takes a classic fairy tale and enlivens it with enough slapstick humor and sly innuendo to make the film a joy to watch for both kids and adults.  Stream it tonight! 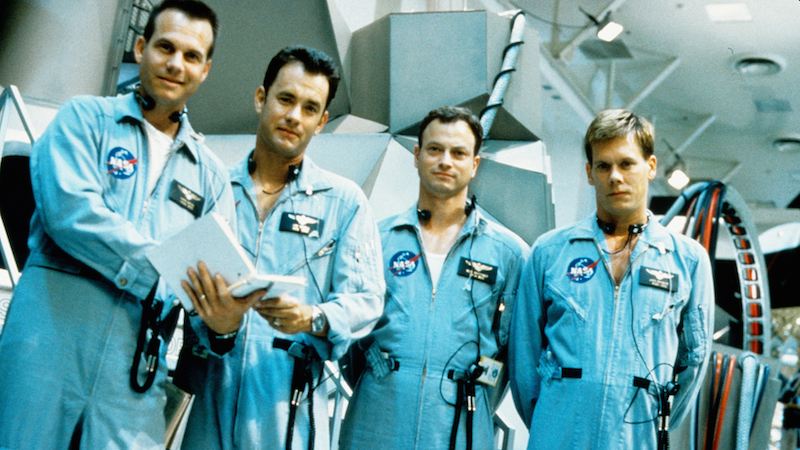 Based on actual events, “Apollo 13” (1995) reunited Sinise, who played handicapped Vietnam vet Dan Taylor in “Gump,” with star Hanks. Their “Apollo 13” pairing, however, provides far more drama and substance. Here, Hanks plays Commander Jim Lovell, who’s on his way to the moon when an explosion causes his spacecraft’s oxygen and energy supplies to go on the blink. Sinise tackles the role of astronaut Ken Mattingly, who was unable to join the troubled 1970 lunar mission, and was then tasked with helping his colleagues return home safely from space. The movie’s taut pacing and attention to detail — as well as the extraordinary work done by the rest of the cast, including Kevin Bacon, Ed Harris, Bill Paxton and Kathleen Quinlan — rockets “Apollo” light years ahead of “Gump" in terms of entertainment.  Stream it tonight! 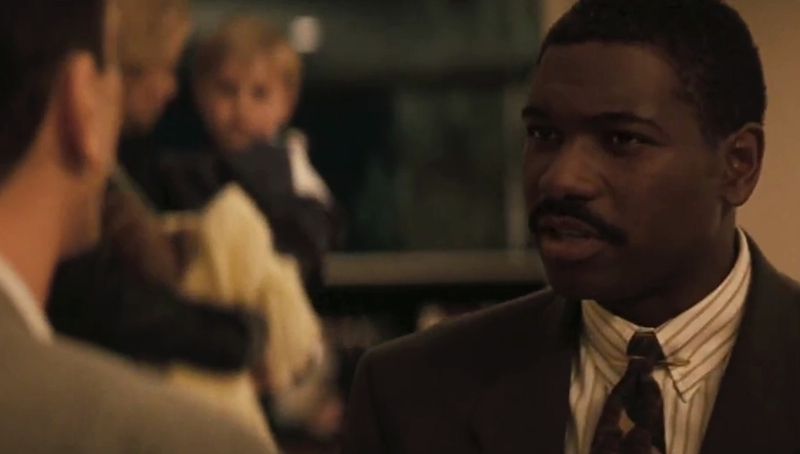 In “Gump,” Williamson played Hank’s army buddy — the “Bubba” half of the “Bubba Gump Shrimp Company.” It was a marquee role in terms of screen time and mass market appeal, but Williamson’s talents were actually better served playing a tough detective in Michael Mann’s L.A. crime saga, “Heat” (1995). The film, which pits Al Pacino’s cop against Robert DeNiro’s robber, is a marvel of non-stop action. Although the film is clearly designed as a showcase for the two leads, all the supporting roles are so keenly fleshed out and well-cast that you get lost in the intense drama, rather than blinded by the mega-wattage of its superstars.  Stream it now! 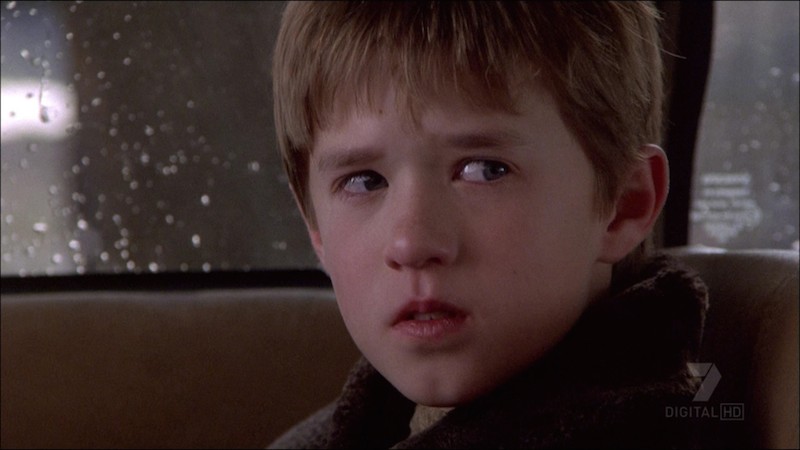 Osment was around 5 years old when he played Hanks’s son in “Gump,” but it would take another five years before he got the chance to truly shine in a film. In “The Sixth Sense” (1999), Osment does a remarkable job; he delivers lots of opaque dialogue, inhabits the mystical realm of a troubled kid, and exhibits chemistry with co-star Bruce Willis. He became one of the youngest actors ever to be nominated for a Supporting Actor Oscar. The film now is best remembered for its surprise ending, but watch it again and you’ll be reminded just how good Osment really is.