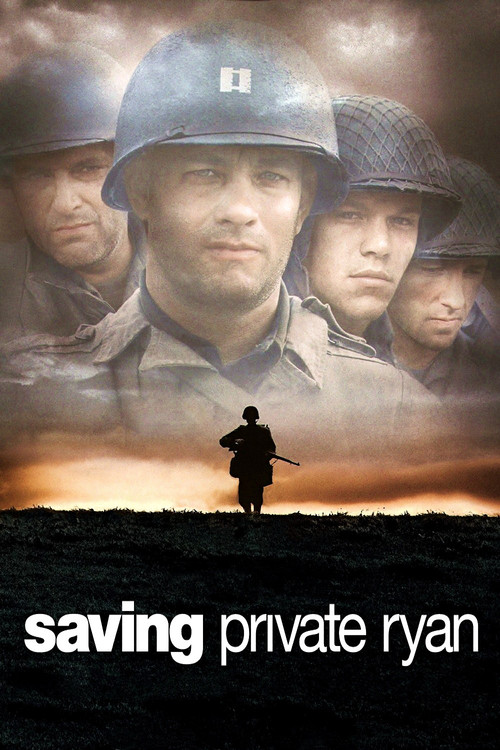 After a bloody, harrowing, casualty-heavy landing on Omaha Beach during the 1944 D-Day invasion, battle-weary Captain Miller (Hanks) is given an assignment from top brass: He and a motley squad of close-knit GIs are to rescue one Private Ryan (Damon), now the sole survivor among four enlisted brothers, from an area crawling with Nazis, and return him home. As their dangerous search progresses, the men begin to question the rationale behind the mission.

A virtuosic, hard-hitting war film by Hollywood icon Steven Spielberg, "Ryan" opens with an intensely violent, 24-minute battle sequence that many claim is the most realistic ever committed to celluloid. (It's certainly powerful — reportedly, a number of WWII veterans experienced post-traumatic shock while watching it.) But the film's true achievement, apart from its Oscar-winning editing and visual effects, is its charged storyline and debate over the merits and cost of bloodshed. Aided by a first-rate cast, including Edward Burns, Vin Diesel, and Giovanni Ribisi, "Ryan" honors the sacrifice of soldiers, while acknowledging that war truly is hell on earth.