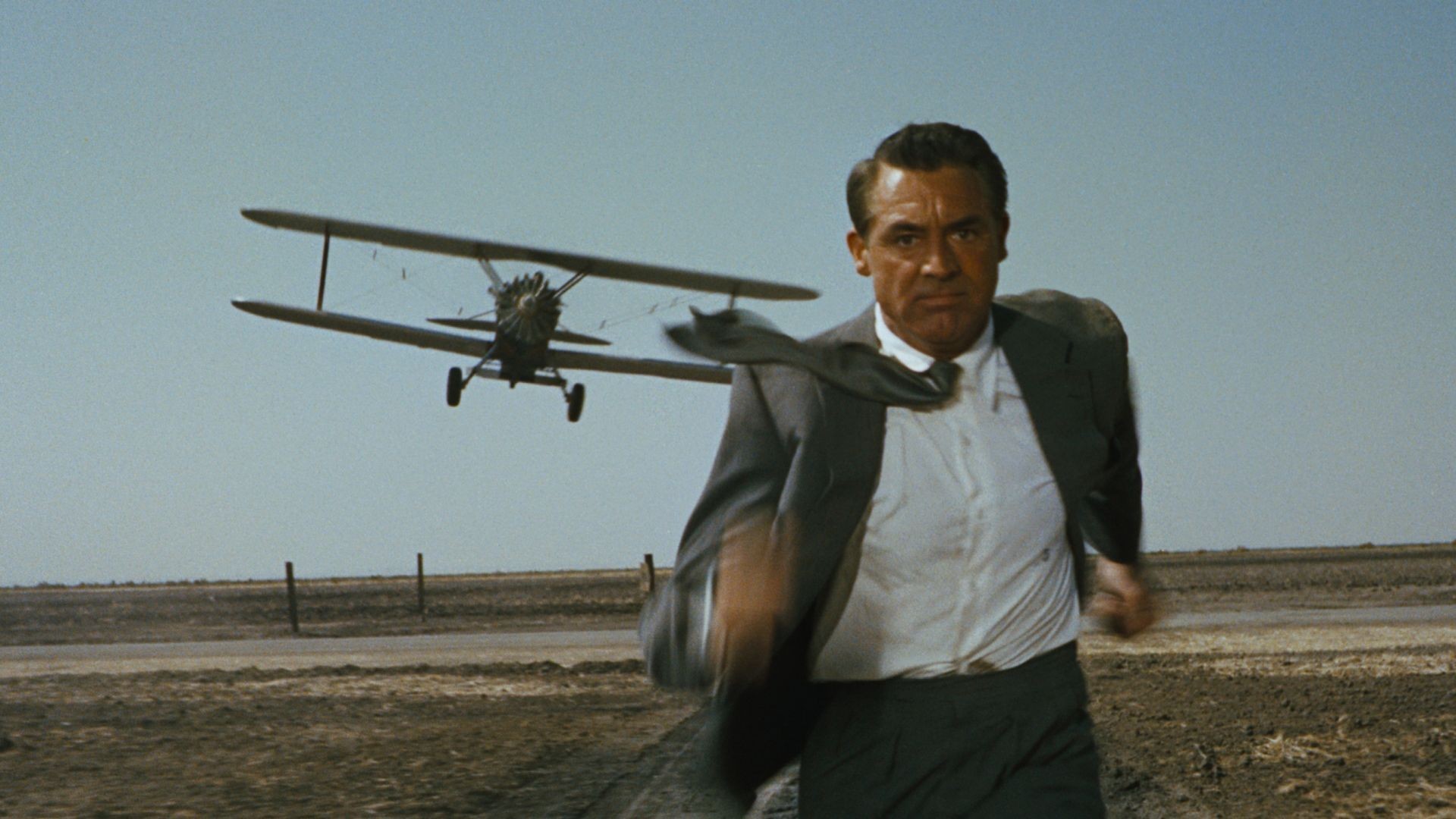 Here’s a bold statement: Giving your children the chance to watch classic films can be just as vital as anything they learn in school.

Facilitating film literacy early on is a precious gift to your kids — one that lasts a lifetime. And I maintain that an appreciation for great movies of all types and stripes, instilled at an early age, will make your children more curious, improve their self-esteem, and serve them well in both social and professional circles as the years go by. And in the shorter term, if parents and children view classic movies together, it will also strengthen the family unit.

But don’t just take my word for it.

Recently, I spotted an article in The New York Times by Bruce Feiler concerning the question of how families stay families. What is that “secret sauce,” Feiler asks, holding them together?

To answer this complex question, Feiler looked into the work of Dr. Marshall Duke, a psychologist from Emory University. In the ‘90s, Dr. Duke participated in research to explore the role of myth and tradition in family life. He found that the most resilient families did something that on the surface seems simple: they developed a strong sense of collective narrative. 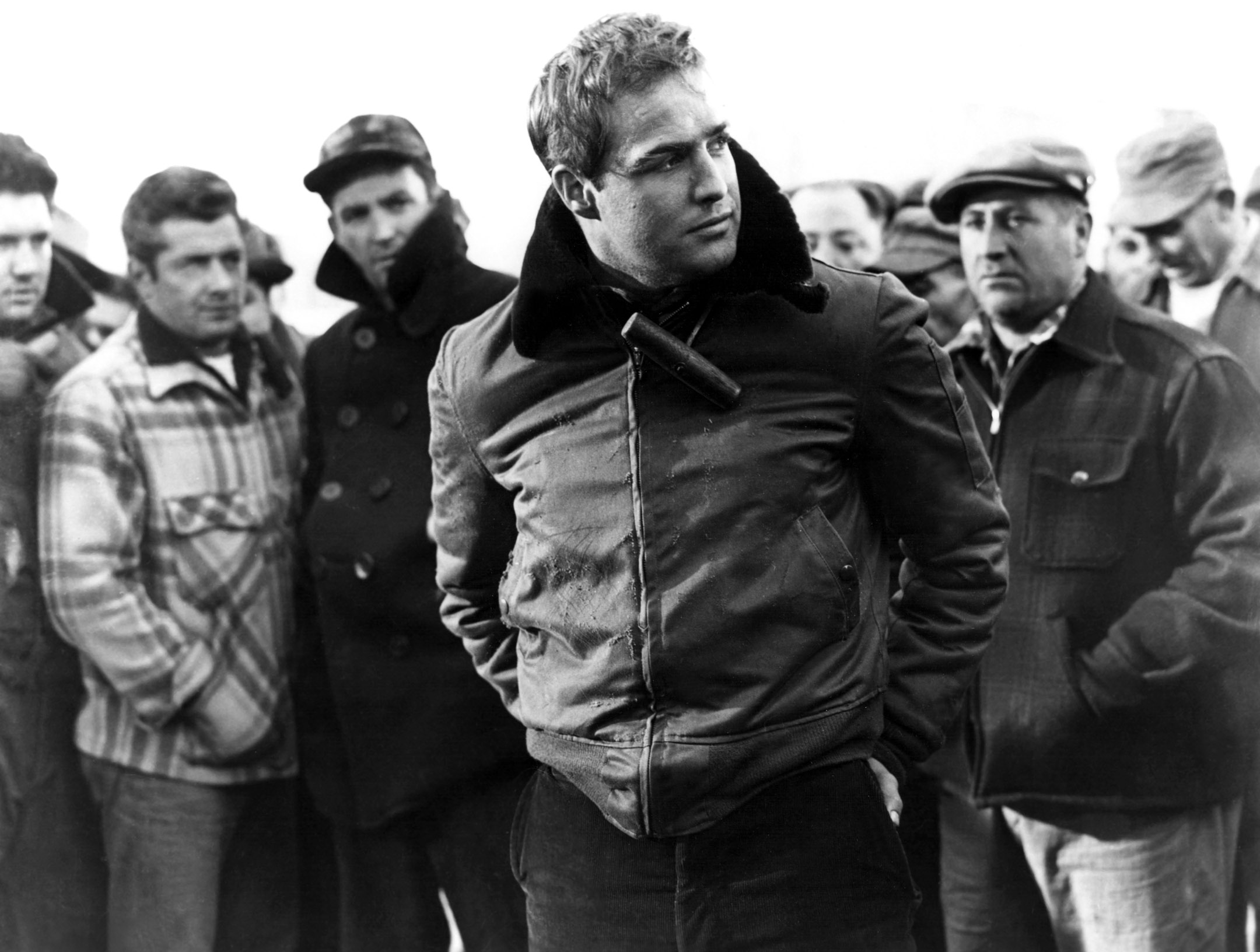 Put simply, families that shared great stories simply functioned better — both together and as individuals. Not only did they build a stronger foundation, but children exposed to these narratives were more confident, responding more effectively in stressful situations.

It turns out that investing in a world that’s larger than oneself gives a child perspective that improves his or her life. Seems pretty obvious when you think about it.

While Dr. Duke’s work was mainly about sharing family history — swapping tales of the time Grandpa met Eisenhower or how Grandma got her wooden leg — it’s easy to translate this to introducing quality stories at a young age in the form of great movies, because behind every great movie lies a great story.

Over time, doing this will give your children a rich cultural vocabulary, connecting them to a host of characters, situations, and moral themes they’d miss if just focused on current releases. It will convey the fundamental understanding that anything new has been influenced by something that came before it, both lending legitimacy to older films and making your kids more confident about seeing them. The simple knowledge that Bugs Bunny was largely inspired by a character in a 1934 comedy called “It Happened One Night” already enhances a child’s ability to make connections and look at the world from a more holistic perspective. 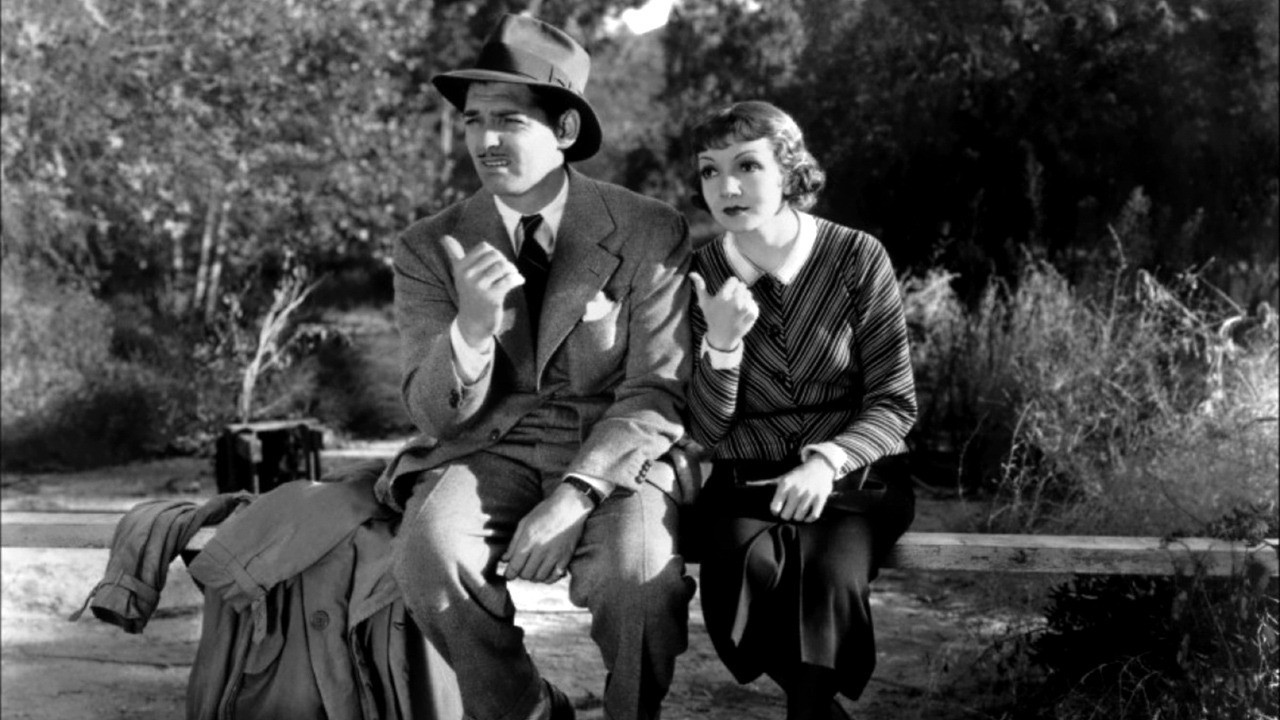 So, fellow parents — take this opportunity to create more shared narratives — and throw in some popcorn while you’re at it. I know you all lead busy lives, but I urge you to make “family movie night” a priority. Sooner or later, your kids will thank you for it.

I also suggest that before screening time, you provide a bit of context (maybe read a review from your favorite movie website - hint hint). Then bring up themes from the film the next morning at the breakfast table. Wouldn’t it be great to have something to talk about other than “Who put the empty milk carton back in the fridge?”

Even if you don’t think they’ll immediately appreciate the movie you choose (and they complain, “that was… sooooo boring!”), Dr. Duke’s work proves that a good story has real staying power.

And I myself have further proof. One day, when my 12 year-old daughter was feeling just a little crummy — but maybe not quite as crummy as she claimed — I told her that she didn’t have to go to school if she would watch a movie with me — my choice, though. She weighed her options and agreed. The film we saw was “Marty” (1955).

Starring Ernest Borgnine, this touching story of a lonely, overweight butcher searching for love in his mid-thirties is not something you typically think of as a kid’s movie. Still, I thought she could handle it, and would love the story. My daughter watched it dutifully and when it was done, I asked her what she thought. She nodded that she liked it, but wasn’t over the moon right away. There was a lot to ponder in the film, and I think she felt that if she was too enthusiastic, I would force a steady diet of black and white classics on her. 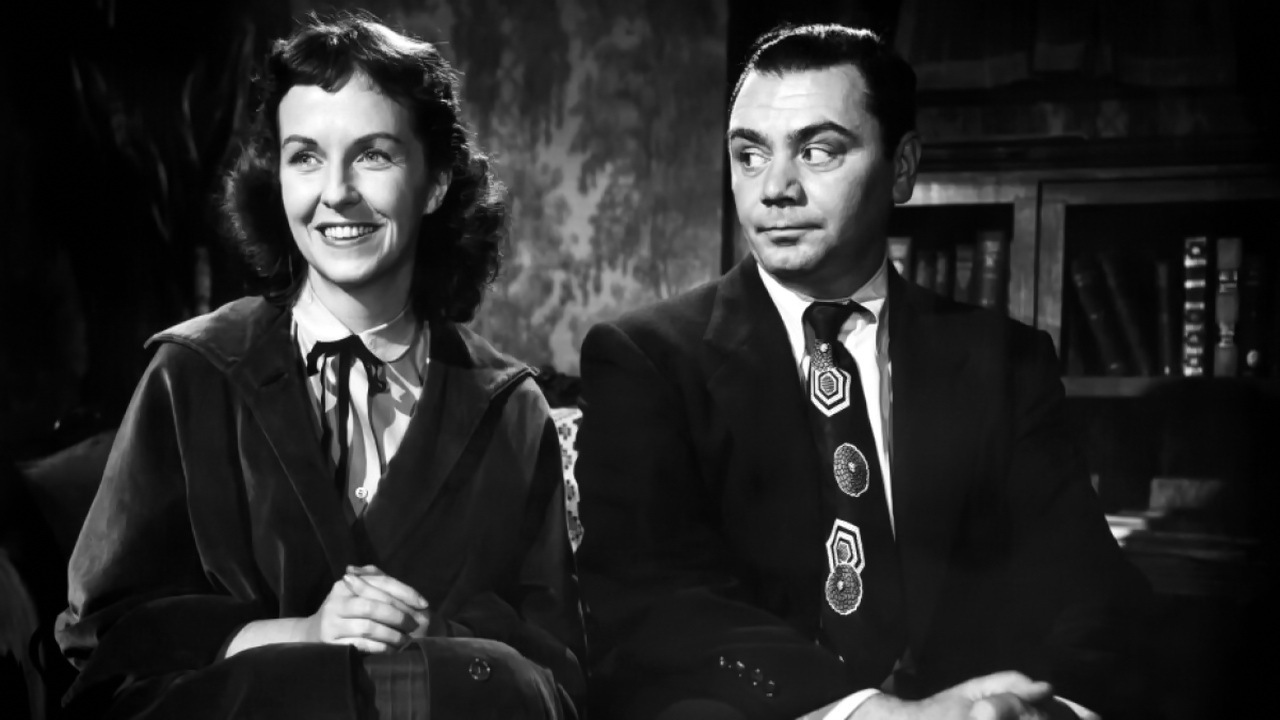 But lo and behold — as time passed that movie became a fondly remembered point of reference for both of us. Now 25, and comfortable with a wide range of films, she still talks about that day, about poor “Marty,” and the life lessons contained in that film.

I tell you… the system works!

So, here are some other movies to put in the rotation when creating your own confidence-building, story-sharing, family-bonding, movie experiences. 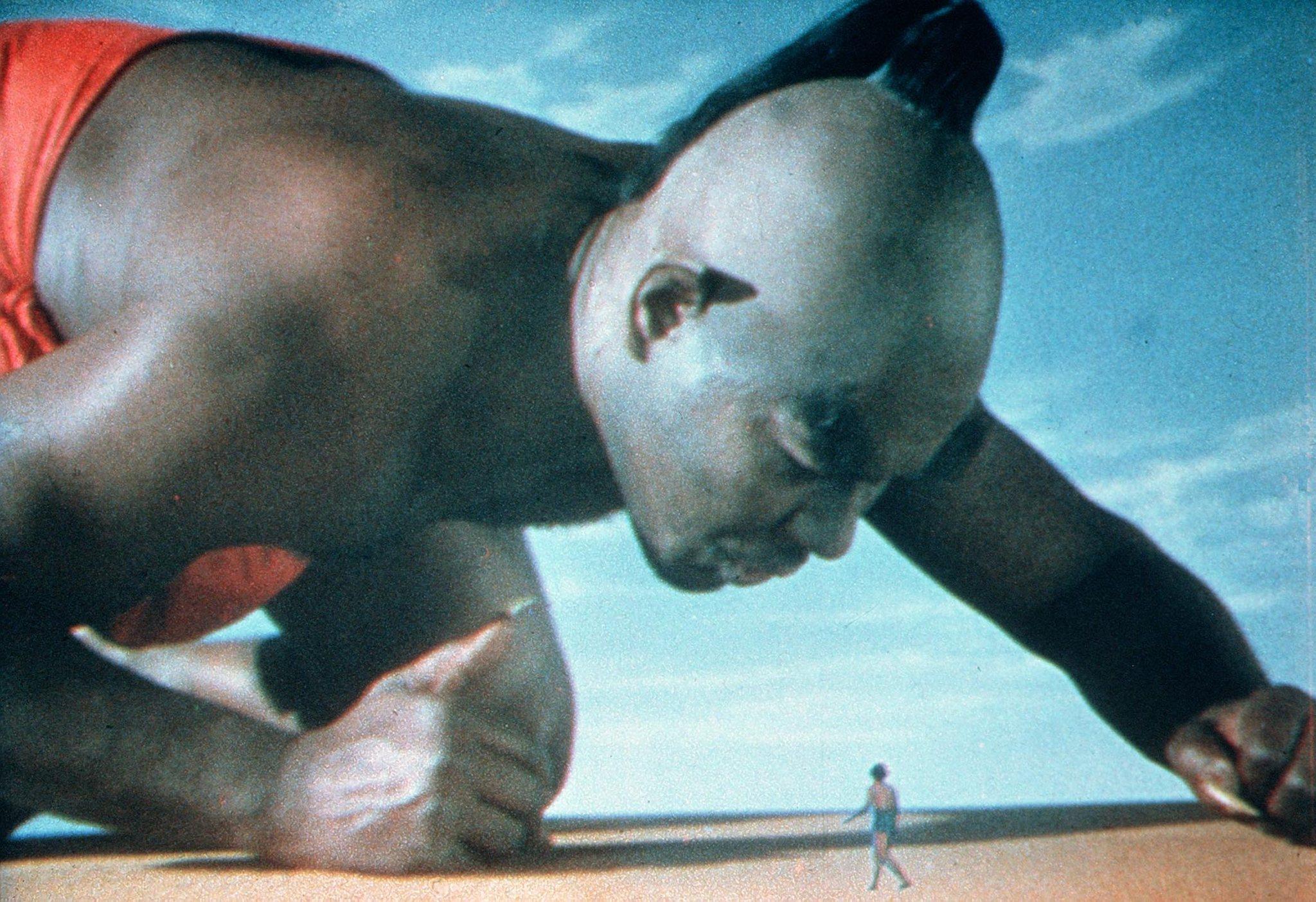 Say “open sesame” to a timeless Arabian Nights adventure and ancestor to Disney’s “Aladdin” (1992). When Abu (Sabu), the quickest, most skilled thief in town discovers that a blind beggar is actually the deposed King of Bagdad (John Justin), he enlists the help of a genie, a princess, a flying horse, and an all seeing jewel to save the kingdom from evil sorcerer Jaffar (Conrad Veidt). Action-packed, this early color film features groundbreaking special effects that still cast a magic spell.

This series of classic Disney cartoons set to famous classical pieces is a family-friendly feast for eyes and ears that never saw the inside of a computer (tell your kids!). Highlight: “The Sorcerer’s Apprentice”, starring Mickey Mouse. When Mickey’s attempts at magic go awry, there’s a good lesson in there about listening to your elders too. 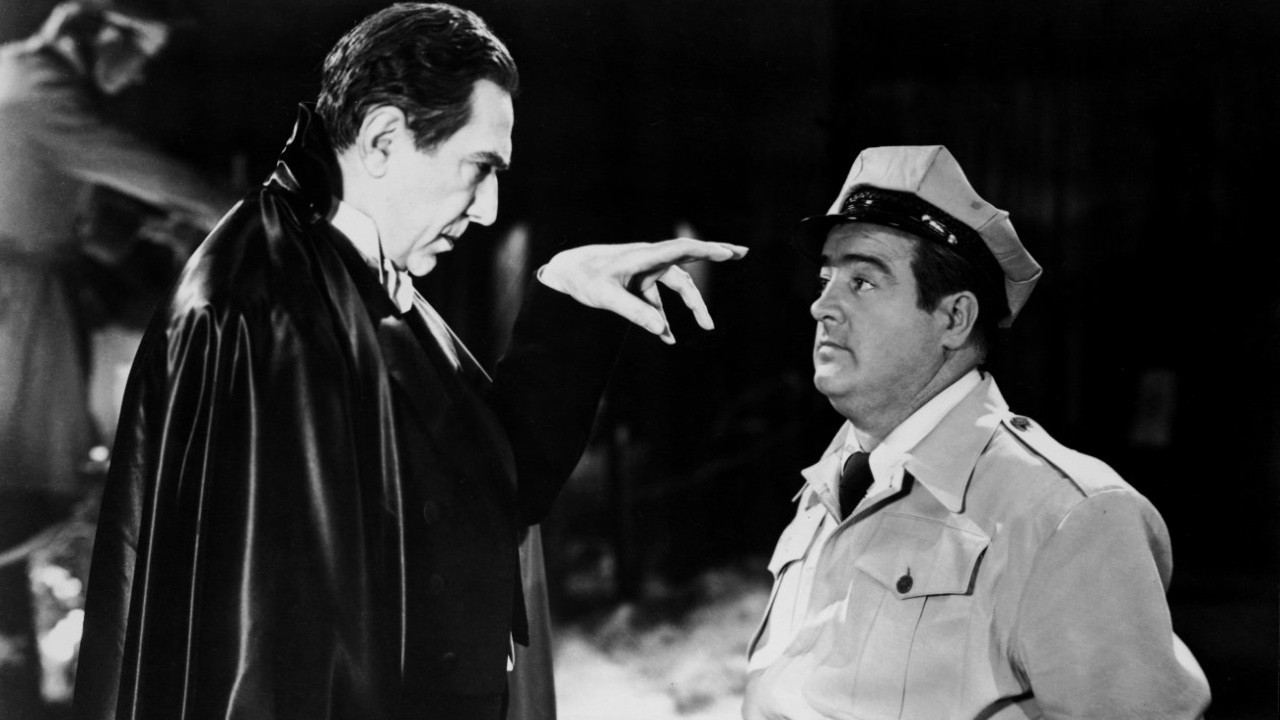 A great one for your little monster, featuring the frighteningly funny Bud Abbott and Lou Costello. The duo play Chick and Wilbur, delivery men who believe they are hauling wax replicas of iconic horror film characters, only to find their cargo is very much alive. Filled with spooky hilarity, but not too scary for little ones, this film is a wonderful introduction to the treasures of black and white, and a great way to develop an appreciation for classic monster movies. Boo!  Click here to stream it now! 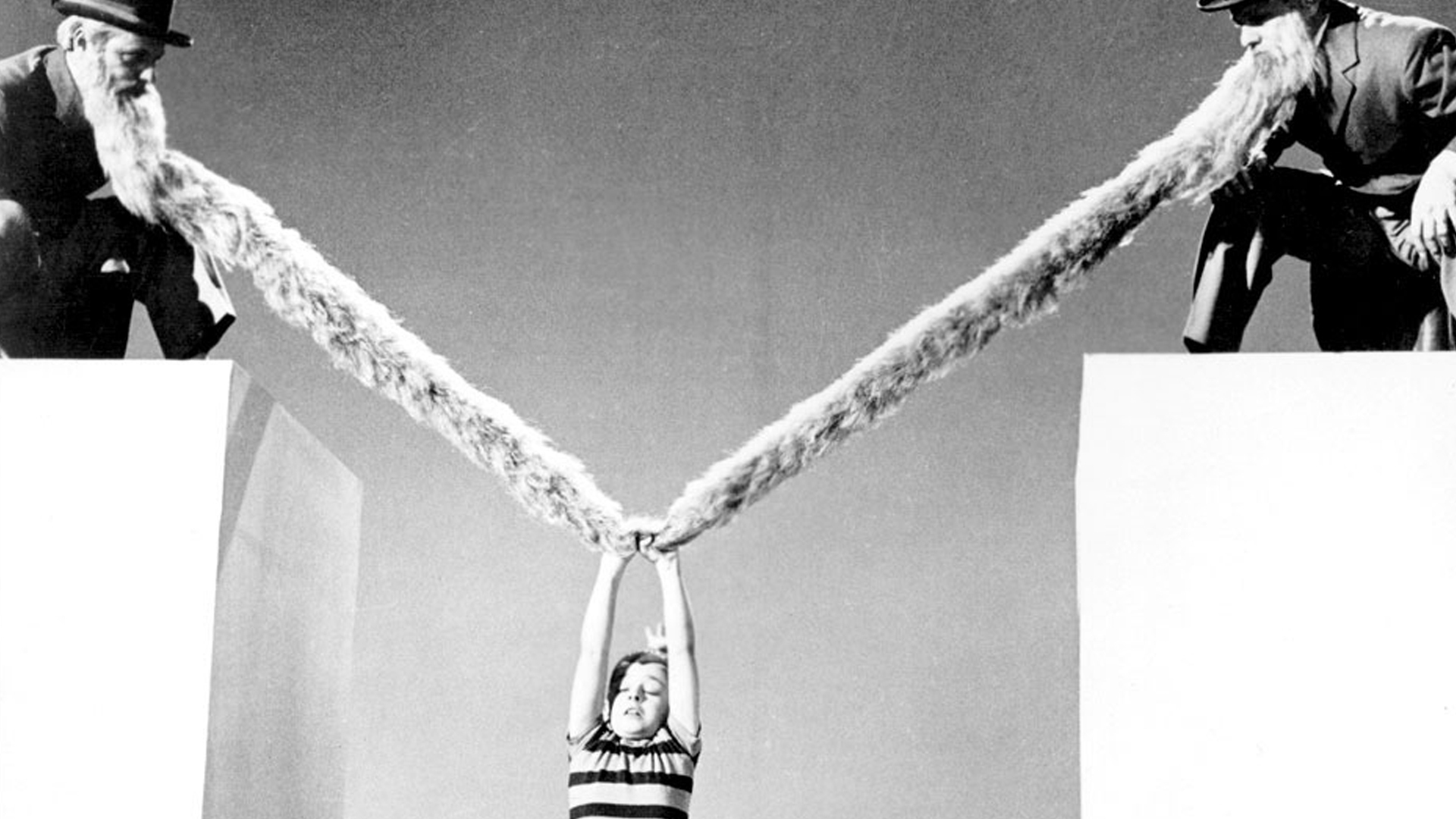 Bored and frustrated by being forced to learn the piano, young Bart Collins (Tommy Rettig) falls into a daydream where his tyrannical piano teacher, Dr. Terwilliker (Hans Conried), forces him and 499 other young ivory-tinklers to play 24/7. This delightfully quirky, colorful tale was co-written by none other than Dr. Seuss, and features his signature flights of fancy.  Click here to stream it now! 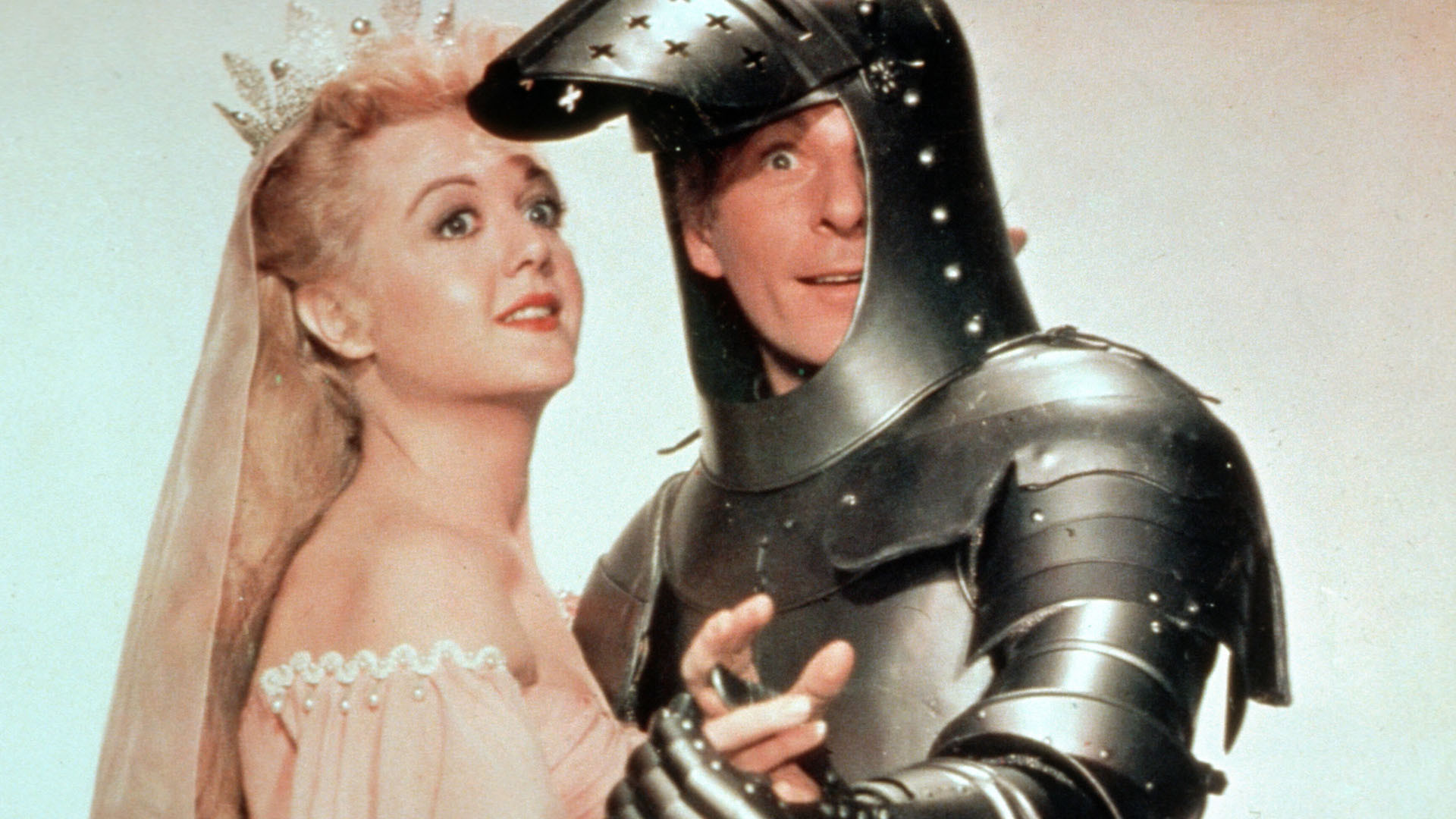 This inspired spoof of medieval swashbucklers stars Danny Kaye as hapless, mild-mannered Hubert Hawkins, who is asked to masquerade as a jester in order to infiltrate the King’s court and help oust the current monarch, who has usurped the throne from the rightful heir. This clever, vibrant romp is filled with romance, myriad mix-ups and some brilliant wordplay - see if you and the kids aren’t repeating the “pellet with the poison” routine all night long.  Click here to stream it now!

Here’s a nostalgic animated film using elements of 1950s sci-fi and atomic cold-war paranoia to tell the action-packed tale of Hogarth, a young boy who befriends a large, good-hearted robot from outer space. Elevated by the inspired voice talents of Harry Connick, Jr., Jennifer Aniston, and John Mahoney, this endearing movie tugs at your heartstrings. And the little ones should love it.  Click here to stream it now! 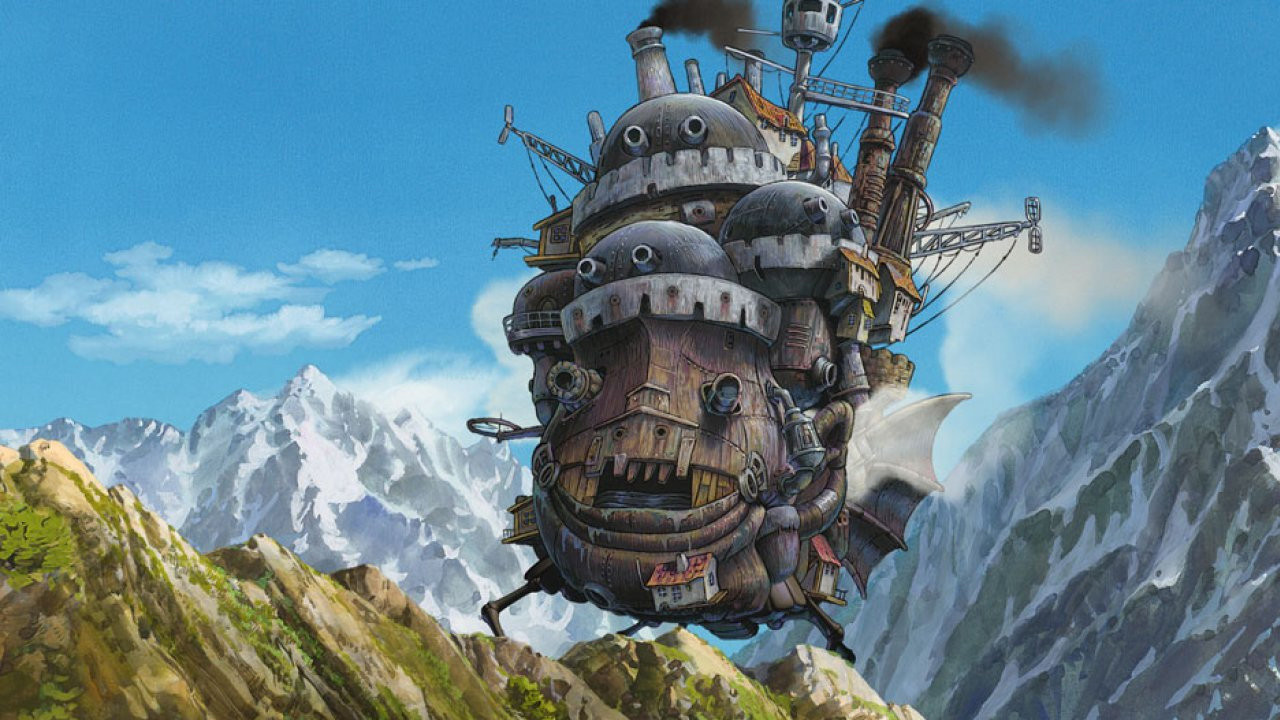 Enigmatic wizard “Howl” has a residence that travels with him wherever he likes - and it isn’t a Winnebago. When 18 year-old Sophie’s youth is stolen by a spiteful witch because of a small slight, Sophie seeks out Howl for help in lifting the curse. Hayao Miyazaki’s animated renderings are exquisite, and “Castle” is an ideal entry point for introducing your kids to the wonders of Japanese anime, Miyazaki-style . The English version features the voices of Christian Bale, Lauren Bacall, and Billy Crystal.

For Older Children - Tweens and Teens:

Of course it’s your call whether your own kids are ready to handle more adult themes - but you’ll certainly want them to see some (if not all) of these classic films before they leave the nest. 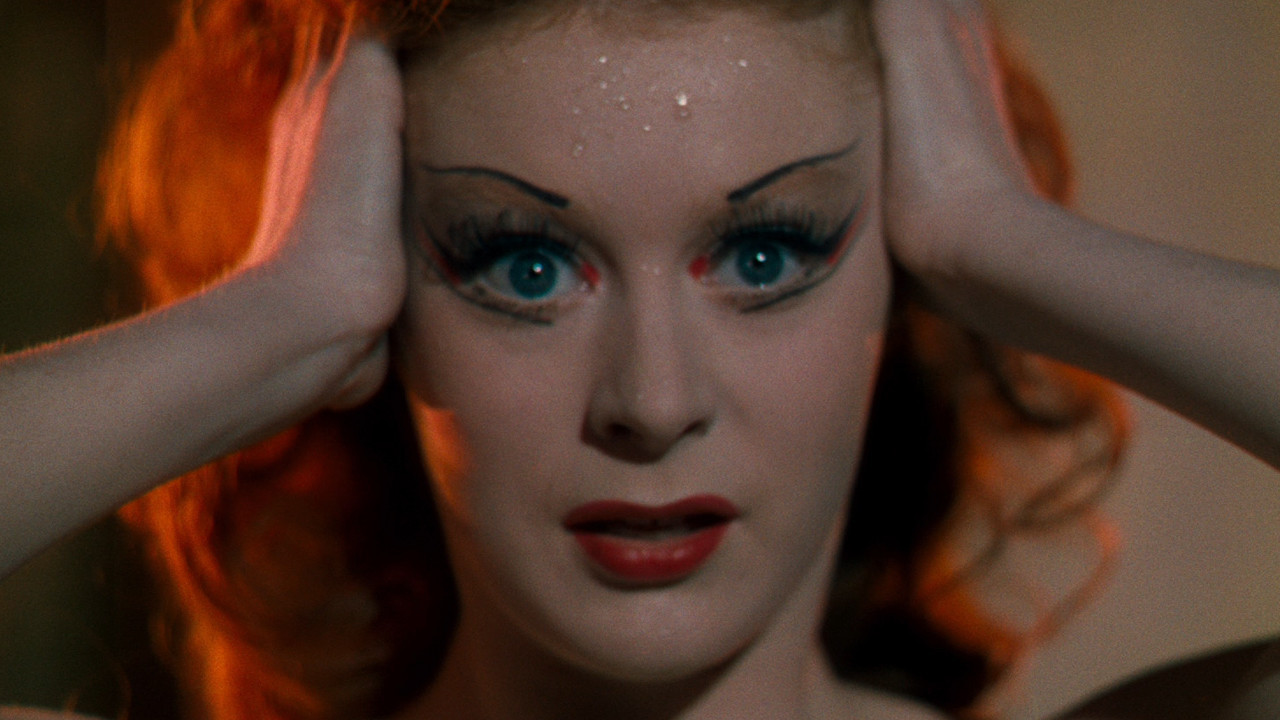 In Michael Powell’s masterpiece, ballerina Victoria Page (Moira Shearer) becomes a star after performing the “The Red Shoes” ballet (an entrancing, extended dance sequence in the film). But when ballet impresario Boris (Anton Walbrook) finds out about Victoria’s love for composer Julian Craster (Marius Goring), he forces her to choose between the ballet and true love. Shot in vivid technicolor to show off all the beautiful costumes and sets, “The Red Shoes” stands as one of the most visually stunning films ever made.

This hilarious musical satirizes and pays tribute to that historic juncture in the late 1920s when silent movies gave way to the talkies. That in itself is a useful history lesson. Film star Don Lockwood (Gene Kelly) falls for up-and-comer Kathy Selden (Debbie Reynolds), and wants to boost her career, but former leading lady Lena Lemont (Jean Hagen) stands in his way. Can Don, Kathy, and sideman Cosmo (Donald O’Connor) come up with a clever workaround?  Click here to stream it now! 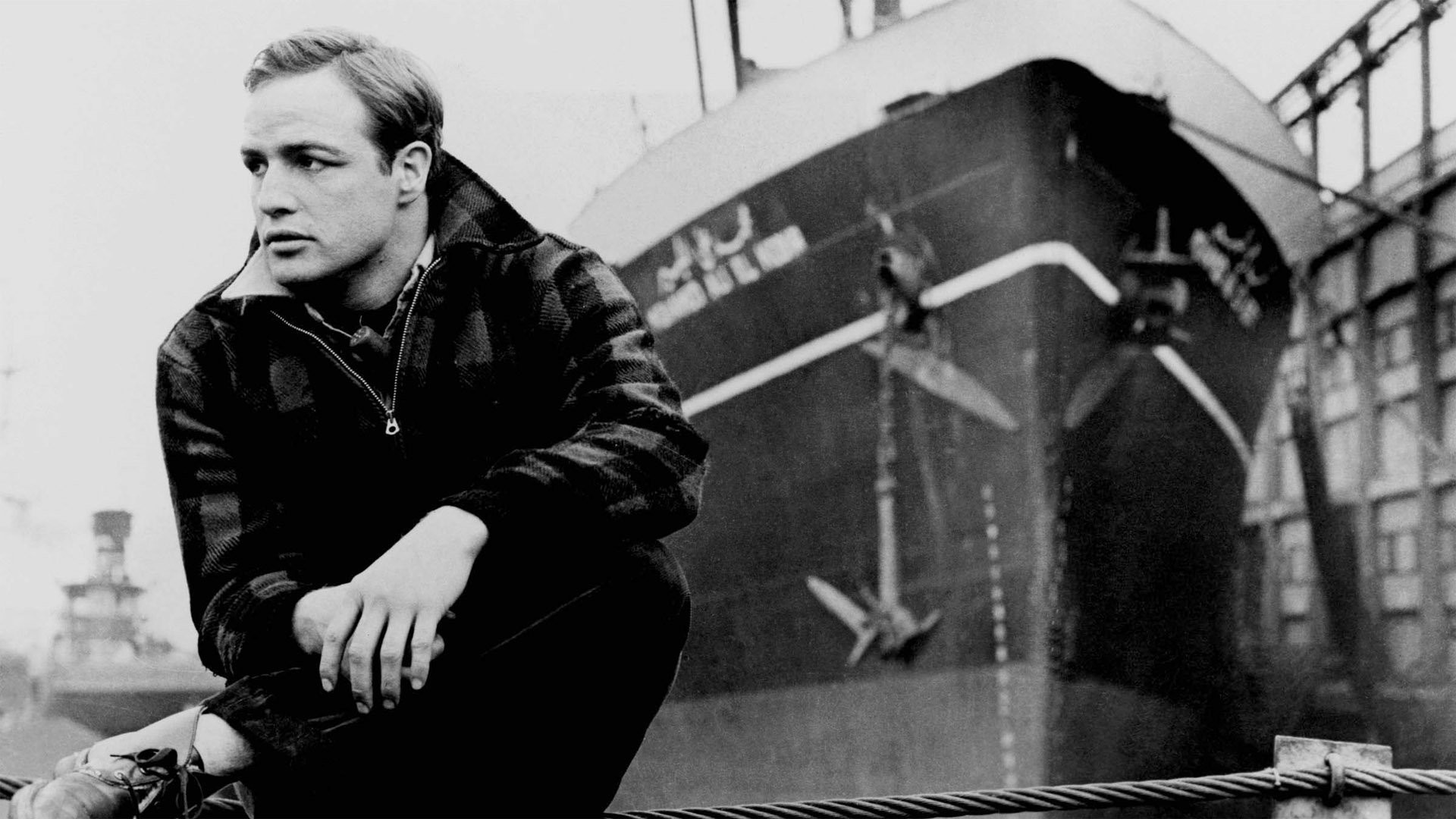 When ex-prize fight “contender” Terry Malloy (Marlon Brando) finally tires of the murderous activities of his union bosses- including his own brother Charlie (Rod Steiger), he must decide whether spill his guts to the authorities. The influence of a crusading priest (Karl Malden) and the love of a good woman (Eva Marie Saint) help steer him to the right decision. Elia Kazan’s directorial masterpiece swept the Oscars and was considered a stinging commentary on McCarthy era politics- providing an opening to talk about this unfortunate period in our country’s history.  Click here to stream it now! 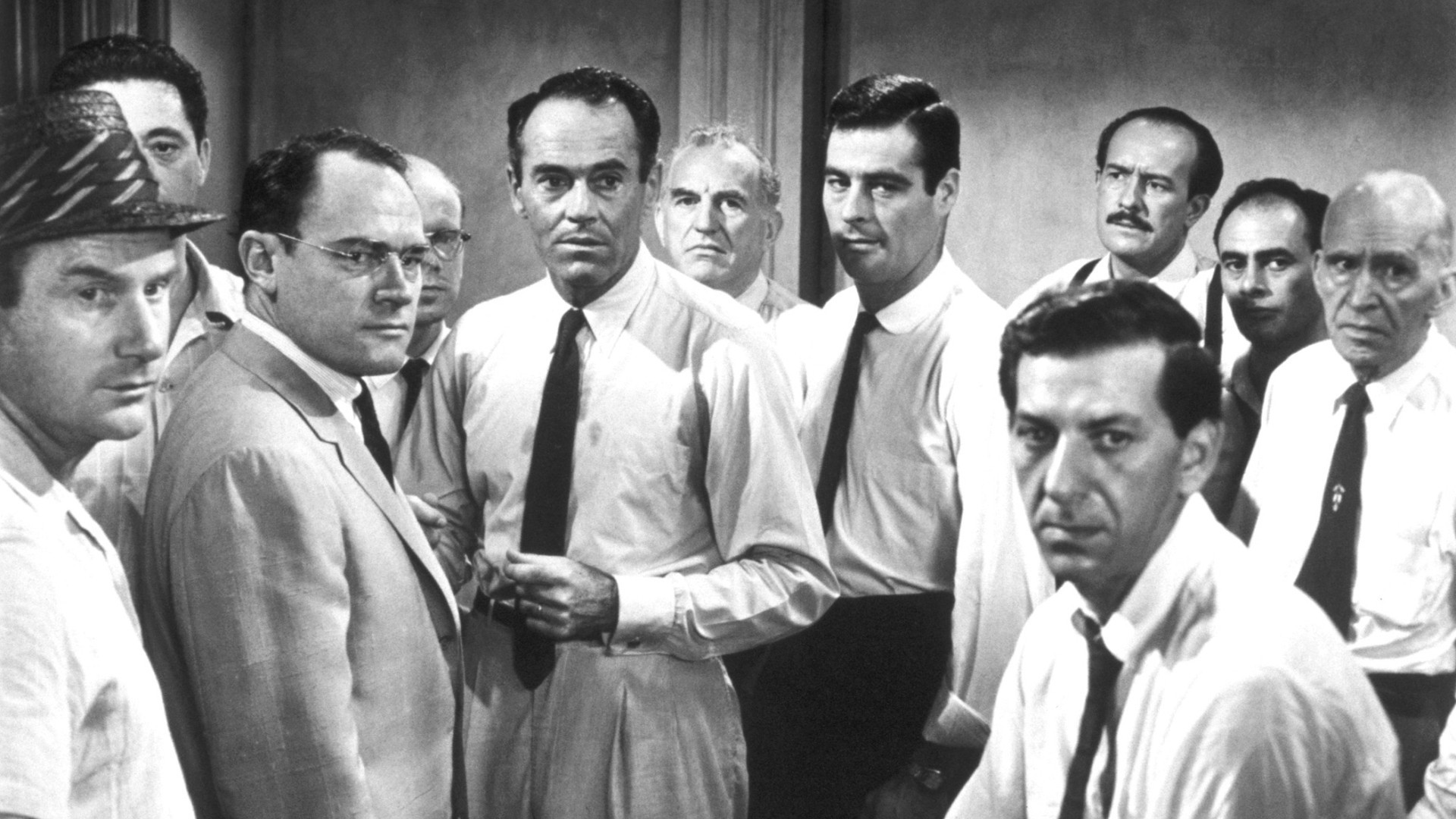 Though at first his fellow jurors are ready to convict a man for murder, one hold-out (Henry Fonda) convinces them to take another look at the evidence. Suddenly, everything is not as open-and-shut as it first appeared. As the heated debate continues in that sweltering jury room, gradually sentiments begin to change. A timeless story about the virtues and imperfections of the American justice system, this black-and-white movie, shot on a tiny budget, soars- thanks to superb acting, writing, and direction (from first-timer Sidney Lumet).

Ad man Roger Thornhill (Cary Grant) is mistaken for a spy, leading to an eventful few days of kidnapping, murder, and espionage. Will poor Roger ever make it back to Madison Avenue? This riveting action/suspense outing serves as an ideal introduction to Hitchcock, with a witty script, swift pacing and heart-pounding twists and turns. You and your kids will be on the edge of your seats- guaranteed.  Click here to stream it now! 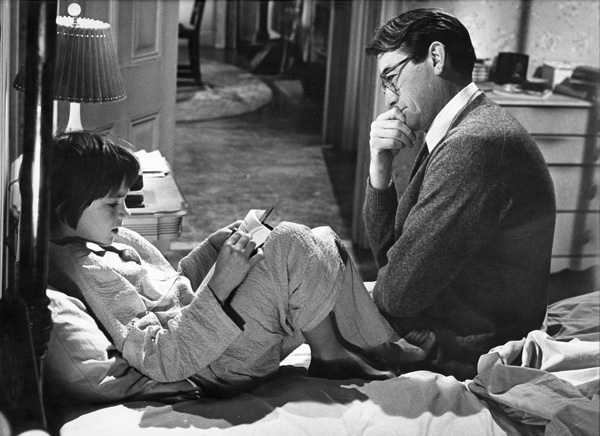 Southern lawyer and single father Atticus Finch (Gregory Peck) defends an unjustly accused black man in their still largely racist hometown, teaching his kids, Scout and Jem, an important lesson about courage and the need to stand up for what’s right. Adapted from Harper Lee’s Pulitzer prize winning book, this touching, beautifully realized film also shows the progress we’ve made towards racial equality over the past half-century. The fact we still have a long way to go is also the basis for substantive discussion.  Click here to stream it now!

So, as you work to start your children off right in life, don’t forget the role these timeless movies- and others like it- can play. Watch them together to build family cohesion, and pass on valuable narratives that will help your kids become perceptive, sympathetic, confident adults.

I’ve listed a few more suggestions below, but for a larger list, just click “Family” in our genre section. And let us know your thoughts on quality family movies, and the need for them, on Facebook.

When Love Gets Weird: