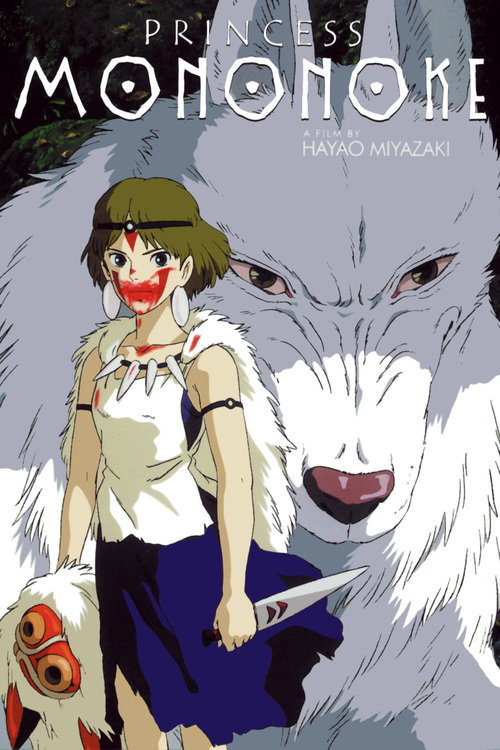 Dying from wounds incurred from a demonic wild boar, young 14th-century Japanese warrior Ashitaki sets out to find an elusive forest god, Shishigami. On his travels, he becomes embroiled in a war between the residents of a mining village and Moro, a wolf god enraged by their callous desecration of woodland. Hope for peace and nature's continued survival rests in Moro's half-human female counterpart, San, who forms a shaky trust in Ashitaki's goodwill.

Sophisticated, hand-drawn animation and an epic storyline about the conflict between ecology and the industrial ambitions of mankind turn Miyazaki's film into a marvelously potent parable. This unusually thoughtful and transporting tale never falls into a simplistic portrayal of good and evil, but rather asks how man and nature can live in harmony. Set in mystical, long-ago Japan and populated by wood spirits, nature gods, fierce demons, and other marvels of mythic dimension, "Mononoke" is a rare visual treat for dreamers of any age.