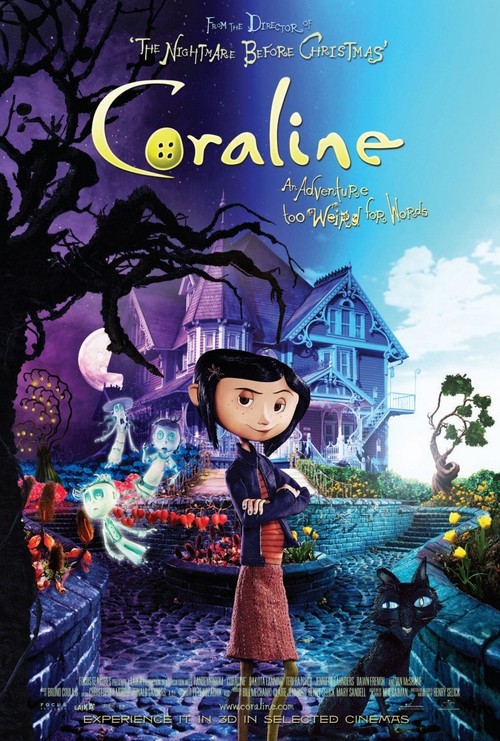 After moving into a new house in Oregon with her parents, bored 11-year-old Coraline Jones (Fanning) discovers a secret door that leads into a parallel world uncannily similar to her own. In this mirror world, her parent doubles aren’t distracted by work and cater to her every whim. The only problem is, her Other Mother (Hatcher) and Other Father (Hodgman) have black buttons for eyes, and want her to stay... forever.

Selick’s animated spooky tale, based on the book by Neil Gaiman, is utterly bewitching, and not just because it puts an eerie, macabre twist on the perennial new-kid-on-the-block scenario. The voicing by Fanning, Hatcher, and a cast of irregulars (Jennifer Saunders and Dawn French as eccentric British ex-actor neighbors; “Deadwood’s” Ian MacShane as weirdo local Mr. Bobinsky) are lively, and the 3-D animation is a real step forward for Selick (“James and the Giant Peach”). Nothing is as it seems in “Coraline” — not the cat, the doll, or the house — and that’s half the fun! (Note: some scenes may be too scary for kids under 12.)