Why the Forgotten Ann Sheridan

Deserves to Be Remembered

There are certain stars from Hollywood’s Golden Age who over time fade from our collective consciousness like an old photograph. Ann Sheridan is a divine case in point. Only the most serious movie buff is likely to remember her or appreciate her contribution to film, which was considerable.

However, if you took a time machine back to the beginning of World War 2, you’d find very few people who didn’t know her name. By that time, she’d worked opposite the likes of Humphrey Bogart, James Cagney, and Errol Flynn. And the public loved her. 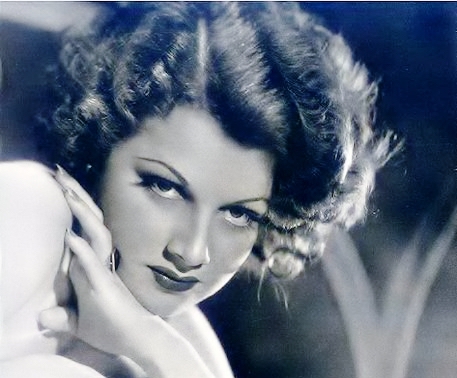 After two years doing bit parts and body double work at Paramount, this Texas native had moved to Warner Brothers in 1936, where her first name was changed from Clara Lou to Ann. After a couple more years of dues paying, the studio finally began grooming her for stardom.  She’d score her first major success in the classic gangster picture “Angels with Dirty Faces” (1938). Other memorable films would follow, including “They Drive by Night” (1940), opposite Bogie, and “King’s Row” (1942), perhaps Ronald Reagan’s best film.

By the time the U.S entered the war, Ann had been dubbed “the Oomph Girl,” a term she hated, and her face and figure were as ubiquitous in military barracks as those of fellow pin-ups Rita Hayworth, Betty Grable, and Lana Turner.  Yet she was different from those other starlets — smarter, tougher, more down-to-earth, more like one of the guys.

The daughter of an auto mechanic, she could singlehandedly fix most anything wrong with a car. As she herself put it, only half-jokingly, “I can whistle through my fingers, bulldog a steer, light a fire with two sticks, shoot a pistol with fair accuracy, set type, and teach school.” (She had attended a teacher’s college before entering show business.)

After the war, Ann would continue co-starring opposite A-list actors like Gary Cooper (in 1948’s “Good Sam”) and Cary Grant (in 1949’s “I Was a Male War Bride,” where she showed a real flair for comedy).

Then, as was the case with so many other actresses of the time, movie roles started drying up as she approached the age of 40. Thankfully, she was able to find fairly steady work in the new medium of television.

In 1966, she married for a third time (her brief union to actor George Brent had ended 23 years earlier), and took a starring role in a TV series called “Pistols and Petticoats.” Then — tragedy, as Ann learned she had esophageal cancer. She died in January, 1967, at age 51.

So… never heard of Ann Sheridan? Well, I think it’s high time you got acquainted, don’t you?

More:  13 Drop Dead Gorgeous Photos of Rita Hayworth You Have to See

Everything You Need to Know About

the Elusive But Extraordinary Alec Guinness