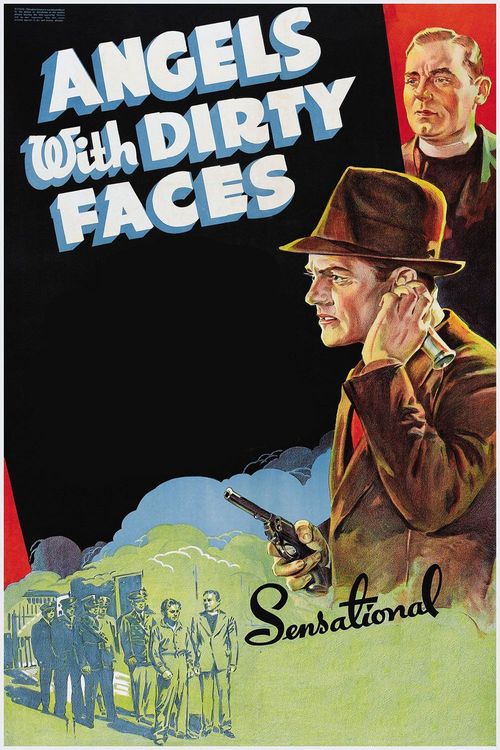 Rocky Sullivan and Jerry Connolly, two young hooligans on the make, are caught stealing, and only Jerry gets away. As the years go by, the reform school-hardened Rocky (Cagney) enters a life of crime, becoming a famous and feared gangster, while Jerry (O'Brien) ultimately sees the light and enters the priesthood. While maintaining affection for each other, criminal and priest must compete for the souls of a new generation of hoodlums in the neighborhood, played by the Dead End Kids.

"Angels" represents the peak of the gangster picture genre that Warner Bros. developed and refined in the thirties, when the age of Capone was still fresh in peoples minds. Cagney, whose screen career had been launched seven years before in "The Public Enemy," perfects his rendition of the crook with a heart of gold, and his close friend and colleague Pat O'Brien (they'd appear in nine pictures together) counters him perfectly as the mellow, morally upright Father Connolly. Meanwhile, Humphrey Bogart, in full villain mode, is deliciously slimy as Rocky's business partner. Whatever you do, don't miss that ending!