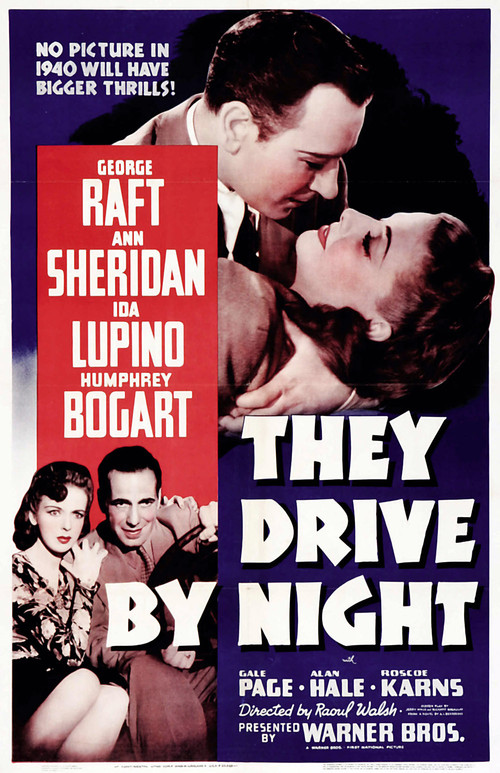 They Drive By Night

Driving dangerously long hours to keep their independent-trucking business above water, brothers Joe and Paul Fabrini (Raft and Bogart) survive mostly on coffee and diner fare, while trying to keep their creditors at bay. Following a tragedy, Joe's life takes an upward turn when old pal Ed Carlsen (Alan Hale) offers him a well-paying off-road stint, but Ed's devious wife Lana (Lupino), who pines for Joe, has her own master plan.

Raoul Walsh's riveting cult classic has a little bit of everything: romance, murder, blue-collar drama, and memorably saucy, censor-defying repartee between hard-driving hero Raft and Ann Sheridan, a waitress with a "classy chassis" who becomes his favorite roadside attraction. Bogie's sterling in a minor role, but the film really belongs to Lupino, the venomous vixen who resorts to desperate measures to rid herself of coarse hubbie Ed, heartily played by Hale (real life dad of the skipper on "Gilligan's Island"!). A great road movie by the legendary director of "High Sierra."

They Shoot Horses, Don't They?