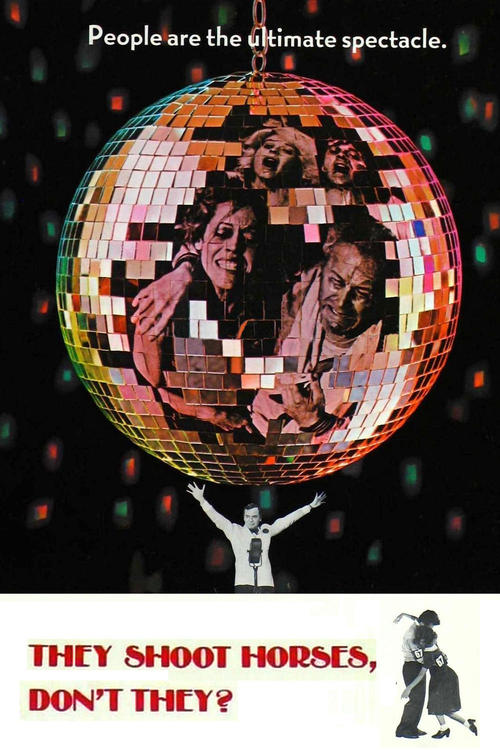 They Shoot Horses, Don't They?

At the height of the Depression, Chicago's famed Aragon Ballroom sponsors a dance marathon offering a top prize of $1,500, luring a gallery of desperate participants: edgy loner Gloria (Fonda), impassive drifter Robert (Sarrazin), a pregnant woman and her husband (Bedelia and Dern), a wanna-be actress (York), and a sailor with a weak heart (Buttons). As the marathon drags into its eighth week, the bedraggled contestants become nastier and more fiercely ruthless, while manipulative emcee Rocky (Young) provokes them into ever-greater acts of self-destruction.

Gritty and troubling, Pollack's devastating period film about the exploitative dance marathons of the 1930s is also a grim allegory of American competitiveness, epitomized in the crazed, go-for-broke Derby scenes. Adapted from a Horace McCoy novel, "Horses" was an important turning point for star Fonda, who proved she had the knack for serious roles with her impressive turn as a bitter, brazen woman with nothing to lose. Also playing against type are Gig Young, who won an Oscar for his role as the noxious ballroom host, and comedian Buttons, who's anything but funny as a crusty, battered veteran with a deadly ailment. For a cathartic ride on the dark side of life, let these "Horses" drag you away.