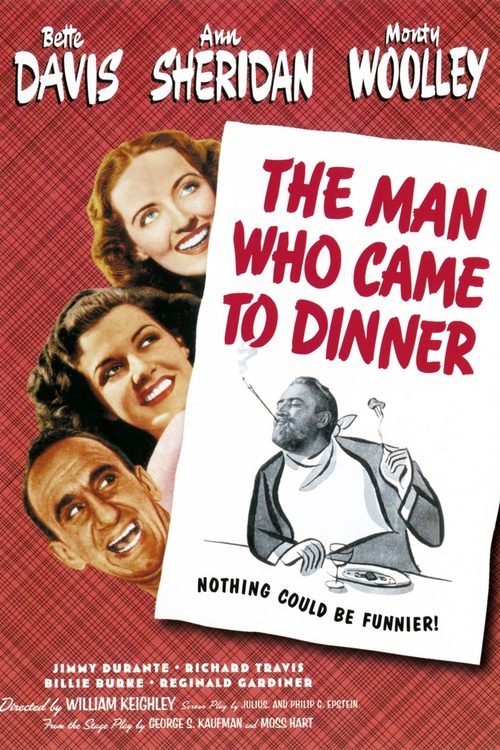 The Man Who Came to Dinner

Waylaid in a small Ohio town after he cracks his hip, imperious radio personality Sheridan Whiteside (Woolley) holds forth at the home of his hosts: bossing the servants, inviting famous friends and assorted oddballs to dine, and slashing everyone in sight with his rapier wit. He even insists on snuffing out the budding romance between his secretary Maggie (Davis) and a local newspaperman (Travis) — at least, until his conscience intercedes.

Based on George S. Kaufman and Moss Hart's smash Broadway hit, Keighley's witty bad-guest comedy centers on Woolley, who grandly channels legendary Algonquin Circle curmudgeon Alexander Woollcott. Most of the film's laughs come from watching Woolley skewer and dominate those around him, but he is helped by turns from Ann Sheridan as an eccentric diva and Davis as his long-suffering assistant. Jimmy Durante shows up, too, playing the Harpo-like comedian Banjo. If you enjoy punchy dialogue and crazed situational humor, here's your "Man."

The Man Who Loved Women