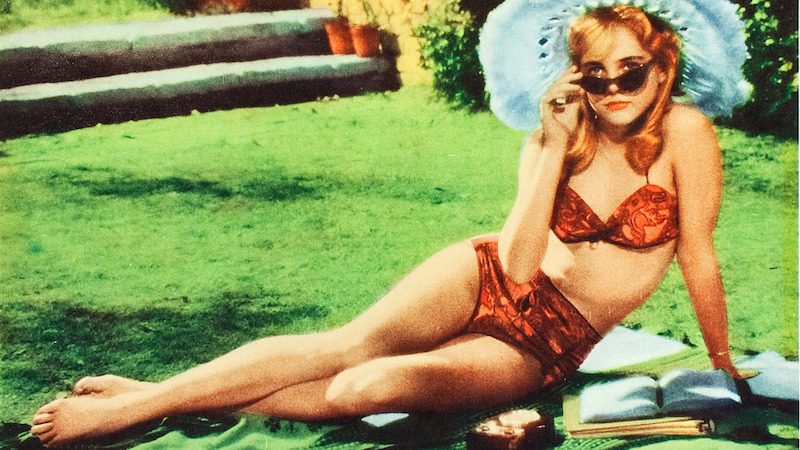 From the socially unacceptable, to the downright deviant, taboo topics make for dramatic movies. What we can’t, and wouldn’t, do in life, film plays out for us, revealing not only the forbidden acts, but also the hidden motivations behind them.

Prurience isn’t the only factor at play. In fact, most often this element is suppressed. Rather than just titillate, these movies illuminate, making us understand why some people actually do what (for us) is unthinkable. Or perhaps... not so unthinkable.

To get a good look at the range of desires people can harbor, and secrets they can keep—or fail to keep—we’ve come up with a list of movies that examine what lurks in the hearts of men, and women.

Whether these are morality tales, cautionary tales, or stories of complete breaks with societal strictures, these movies present life as it can be without us seeing or knowing- or wanting to. It allows the forbidden and speaks the unspoken, and by doing so, enthralls us.

Only the Lonely: The Yearning to Connect 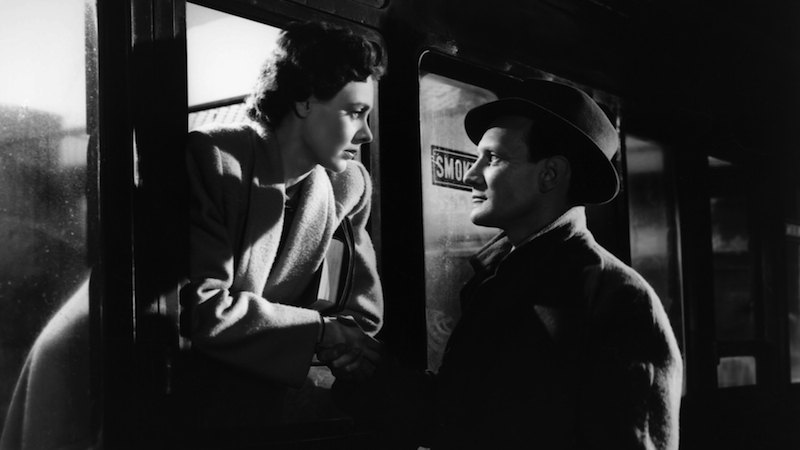 Trevor Howard and Celia Johnson are Alec and Laura, middle aged and middle class, who find themselves in a state of longing neither ever expected. The restraint shown in the face of rising passions only increases the ache behind the manners. Directed with customary sensitivity by David Lean from Noel Coward’s script.  Stream it tonight. 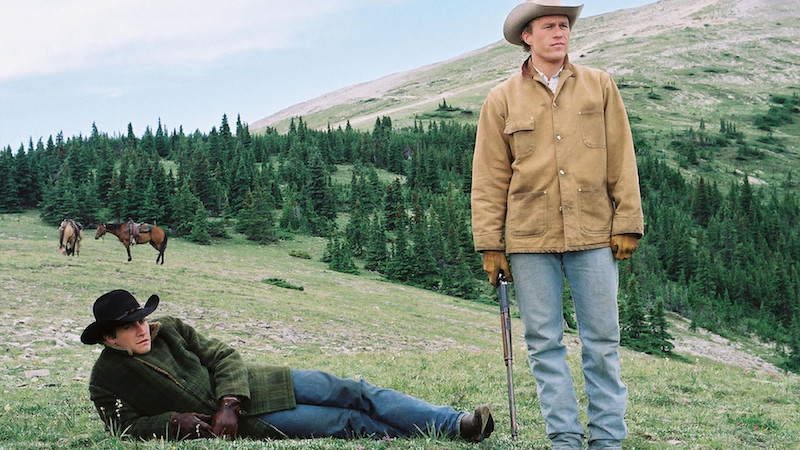 From Annie Proulx’s moving short story came an even more moving film, thanks to gutsy performances by Heath Ledger and Jake Gyllenhaal as Vietnam-era Wyoming cowboys who fall in love against every code in their culture.  Stream it tonight. 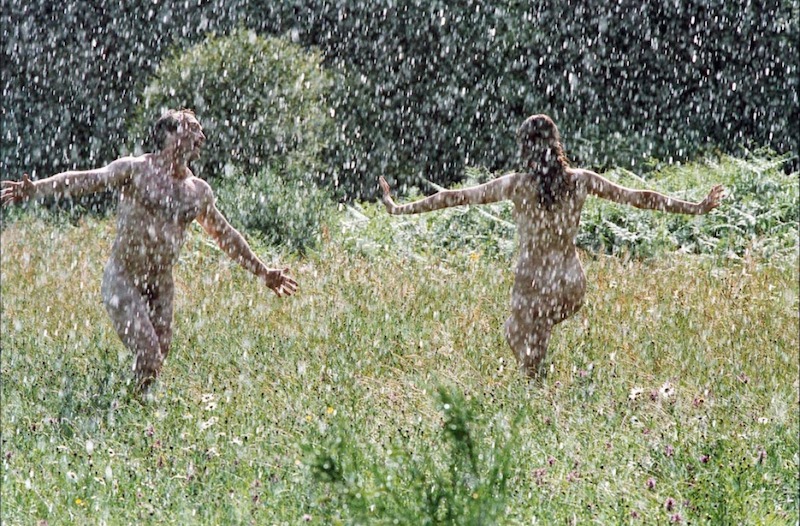 Post-WWI found a generation of women without the husbands they’d planned for, and Lady Constance Chatterley was no exception. Legend has it that D.H. Lawrence’s banned 1928 novel was all about the sex, and there is plenty of it here in this French adaptation. But after the steam has died down, this is mostly a story about loneliness.  Stream it tonight.

Sympathy for the Devil: Predator as Protagonist 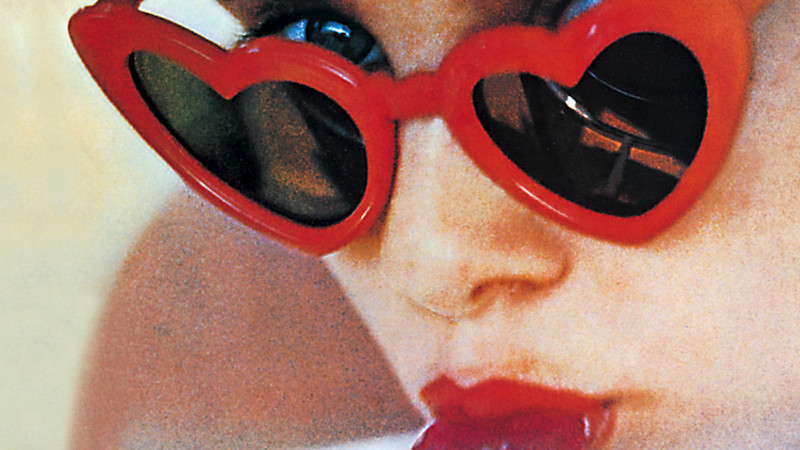 Humbert Humbert (James Mason) longs for teen stepdaughter Lolita (Sue Lyon), and we willingly sign up for the ride the two take together cross-country. Why don’t we feel more disgust? Nabokov’s 1955 novel establishes Humbert not as an outright pervert, but something more shaded, an otherwise intelligent man in crisis whom we actually feel sorry for.  Stream it tonight. 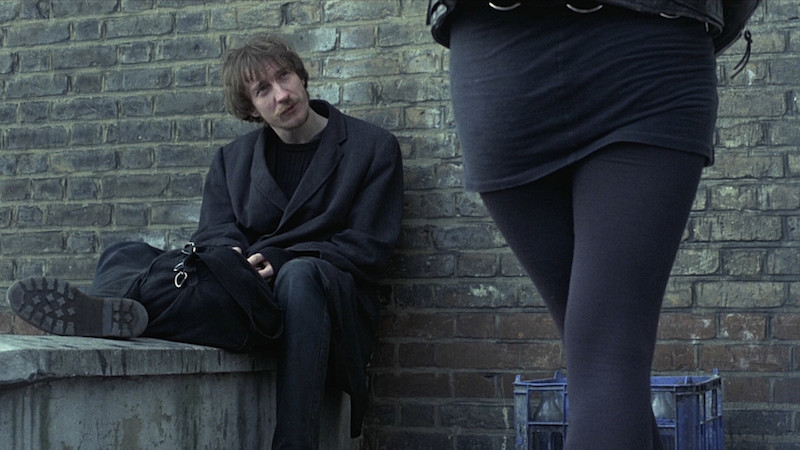 Director Mike Leigh, in one of his darkest films to date, pulls off the impossible when he transforms brutal thug and rapist Johnny (David Thewlis) into a sympathetic, even appealing character. The voice is what does it. Johnny’s verbal ability wins us over as he gives us his view of the world. 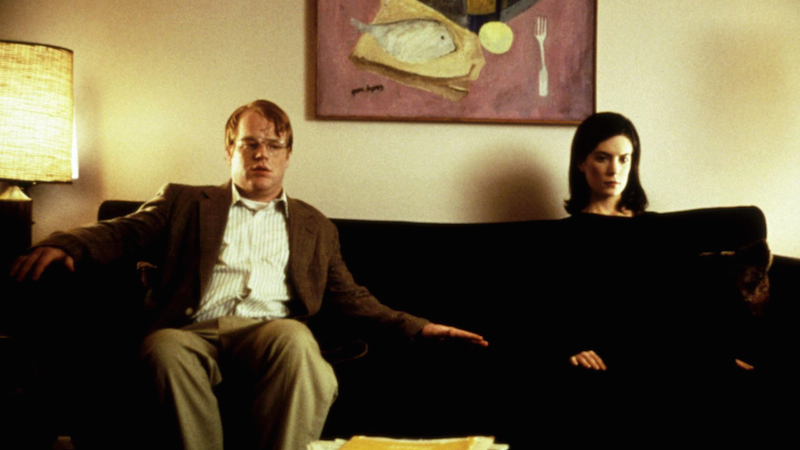 Todd Solondz’s ironically titled film contains too many taboos to mention here, but pedophilia is definitely the most egregious. An unblinking look at the impulses and desires of an interconnected cast of characters, centered on the relationships of three sisters, “Happiness” holds nothing back, and for that, we salute it.  Stream it tonight. 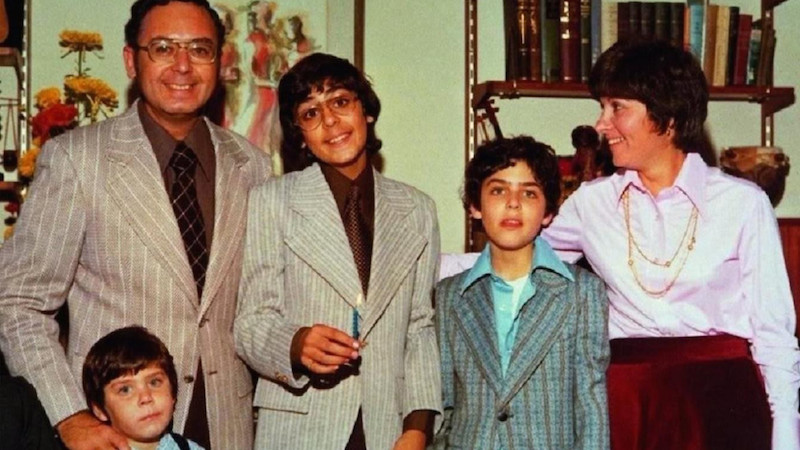 Believe it or not, this documentary about a family of child molesters in Long Island began as a film about entertainers at children’s parties. Instead, director Andrew Jarecki uncovered a deep history of sexual abuse behind a screen of middle class respectability. The film's most painful and powerful element: dozens of home movies shot by the Friedmans themselves. Things only look normal.  Stream it tonight. 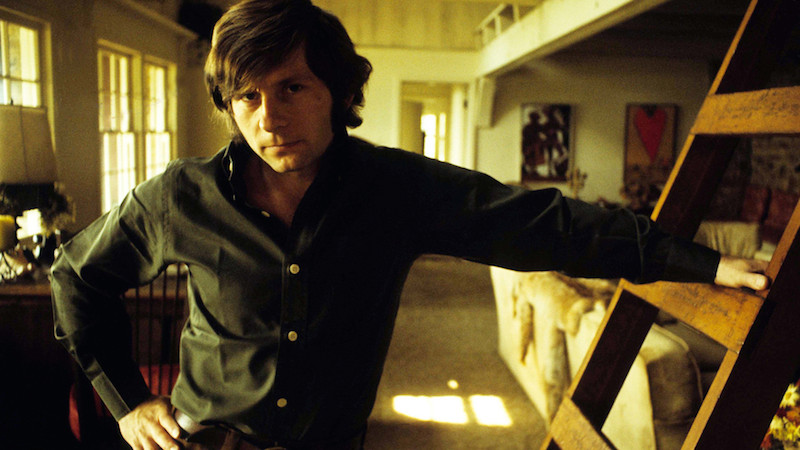 Director Marina Zenovich’s riveting documentary examines the complex and controversial case against Polanski, who was charged in 1977 with statutory rape for sexually abusing a thirteen year-old girl. Polanski fled the US, and the film and legal communities, not to mention civilian onlookers, have debated what fate he deserves ever since. 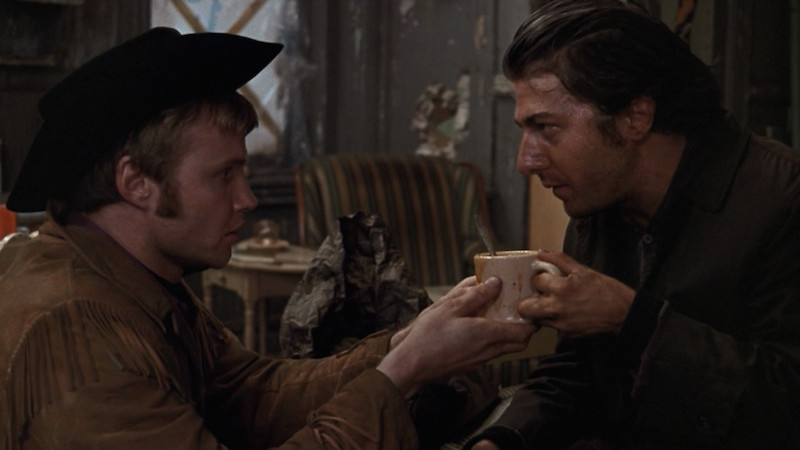 John Schlesinger’s Academy Award-sweeping look at the life of Texas drifter Joe Buck (Jon Voight), who comes to New York to make his fortune as a male prostitute, is the only X-rated movie ever to win a Best Picture Academy Award. Gritty, moving and unforgettable, “Midnight Cowboy” shines a new light on low-lifes. Dustin Hoffman’s mumbling, limping, decayed “Ratso” Rizzo comes only two years after his boyish turn in “The Graduate.” Talk about range! 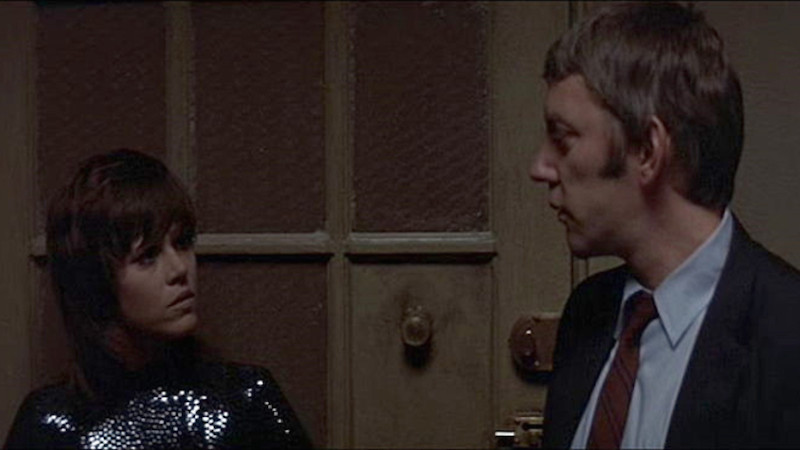 Stalked prostitute Bree Daniels (Jane Fonda) is watched over by private detective John Klute (Donald Sutherland), as he investigates the disappearance of his best friend, who was linked to Bree. “Klute” is a fascinating study of Bree’s emotional landscape—she’s no regular working girl. Bolstering the image of a call girl with a complex soul are the naturalistic scenes of Bree’s psychotherapy sessions. Jane snagged an Oscar for this. Stream it tonight.

Lust For Life: Who Cares What Others Think 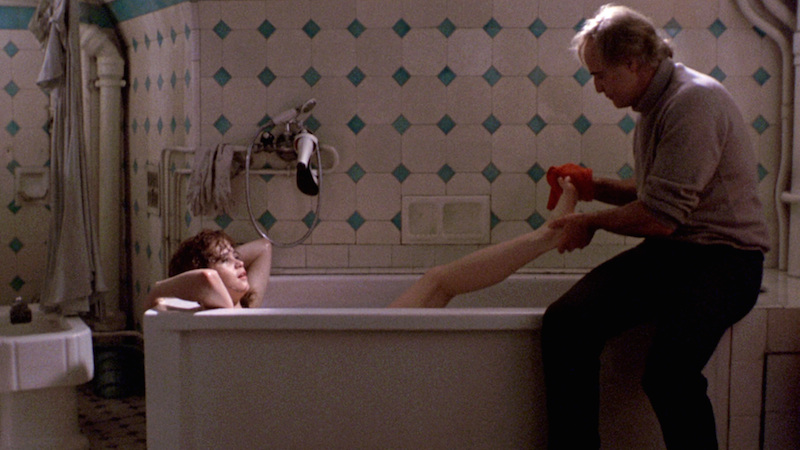 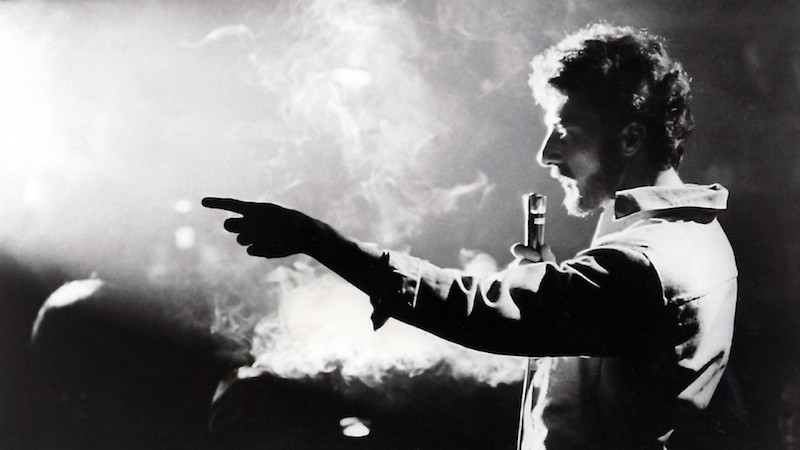 At one time, Lenny Bruce (Dustin Hoffman) was the most shocking comedian in American history, saying in public what most people of the era would not even say in private. His nightclub act was a confessional where he spat at the difficulties of life. Drugs, sex, religion and politics all came up for excoriation by Bruce. This biopic delivers the truth-telling of an American master.  Stream it tonight. 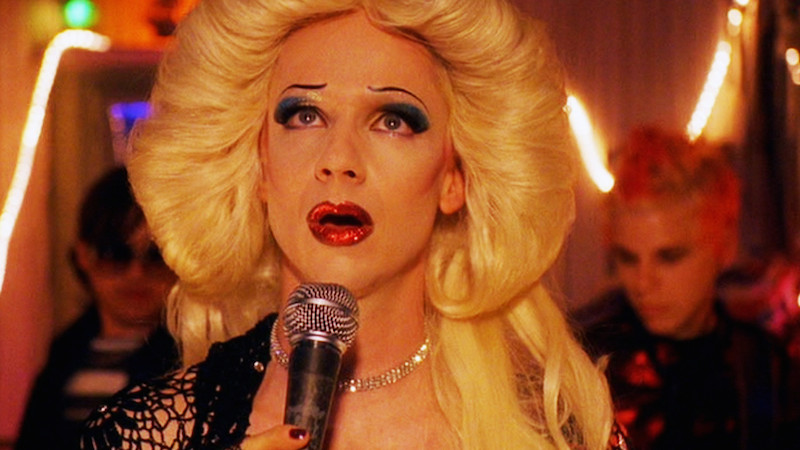 “Hedwig and the Angry Inch” follows an East German transgender singer, Hedwig (John Cameron Mitchell), whose gender reassignment surgery from man to woman, done in order to legally marry his male lover, goes awry, leaving him with the titular “angry inch.” Packed like a Christmas fruitcake with busted taboos, “Hedwig” tackles the human search for the other half that makes us whole.  Stream it tonight.

More:  Dirk Bograde and "Victim" — What One Actor Did For Gay Rights in Britain

4 Gay-Themed Movies You May Not Know But Should