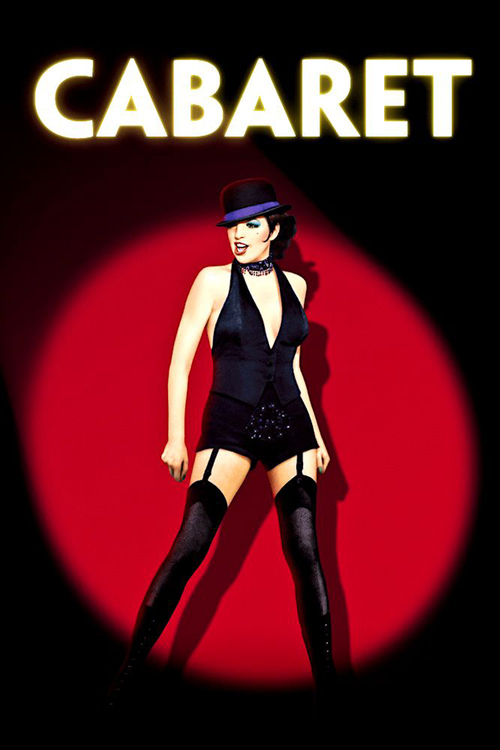 Hoping to become a teacher, bisexual British writer Brian Roberts (York) rents a small apartment in Weimar Berlin, where he meets effervescent American showgirl Sally Bowles (Minnelli), a singer at the depraved, disreputable Kit Kat Club. Shortly after Brian and Sally become acquainted, they meet a well-heeled German, Maximillian von Heune (Griem), who captivates them both. Meanwhile, in the world outside the vulgar, perverse frolic of the Kit Kat, the Nazis are steadily making in-roads to power.

Fosse's groundbreaking "Cabaret," a Broadway musical-turned-showstopping film event, was adapted from a play by John Van Druten (which was itself adapted from a novel by Christopher Isherwood). While the film considers Germany's dark, historic slide from Weimar decadence into fascism from an intriguing angle, it's the effusive, stylishly choreographed song-sequences that elevate the film to classic status. Minnelli was never better as the brash, electrifying Sally, belting tunes like "Money" or dropping into vulnerability with the tender ballad "Maybe This Time." And who can forget Joel Grey, the Kit Kat's eccentric, ghastly master of ceremonies? Winner of eight Oscars, "Cabaret" is a flamboyant knockout.