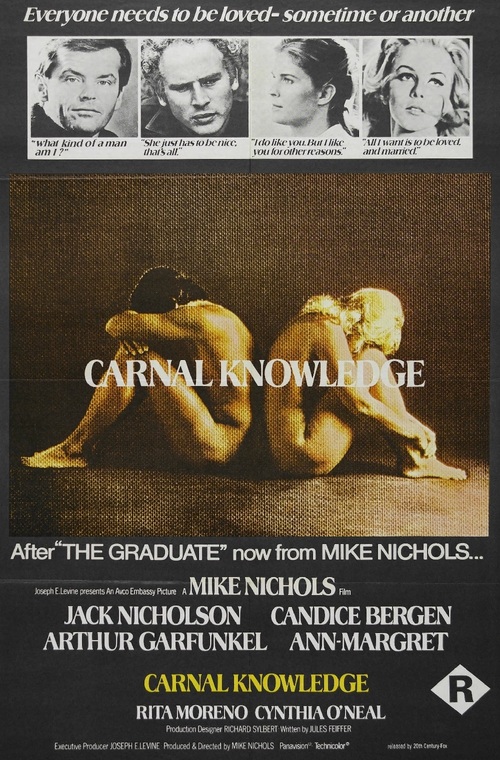 Mike Nichols' razor-sharp study on the ever-thorny relations between the sexes traces the lives of two male friends from girl-crazed frat boys to jaded, disillusioned middle-aged men. Physician Sandy (Garfunkel) is the innocent (relatively speaking), who ends up in a less-than satisfying union with Susan (Bergen), his college flame. Meanwhile, the cynical, neurotic Jonathan (Nicholson) has serious commitment issues, much to the frustration of his long-suffering girlfriend Bobbi (Ann-Margret).

Less universally known than Nichols's equally acute film "The Graduate," "Knowledge" boasts a biting script from Jules Feiffer, and Nichols endows the film with a vivid sense of time and place. The film provided an early showcase for Nicholson in a role he was born to play; and Ann-Margret also scores as Jonathan's unfulfilled mate, netting an Oscar nod for her intense, deeply felt performance. Using male humor and camaraderie to explore the darker side of life — isolation, loneliness, missed opportunities — "Knowledge" still packs a punch.