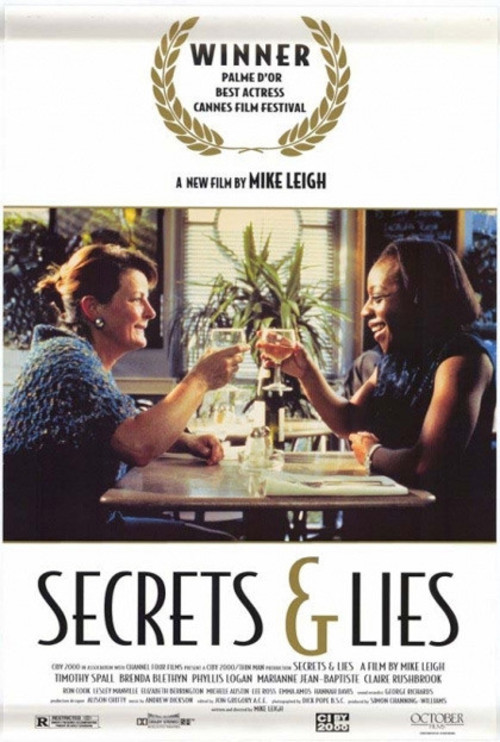 After the death of her adoptive parents, soft-spoken West Indian optometrist Hortense (Jean-Baptiste) sets out to find her birth mother, whom she's surprised to learn is a white woman named Cynthia Purley (Blethyn). It turns out Cynthia is a sad-sack factory worker with an embittered, street-sweeper daughter (Rishbrook). After meeting for tea, the two eventually develop a close bond. Eventually, Hortense is able to guide Cynthia towards reconciliation with her estranged family.

Leigh's bittersweet family drama "Secrets and Lies" showcases the superb acting talents of British veteran Blethyn, who picked up a Best Actress nomination for her (mostly improvised) work alongside co-star Jean-Baptiste. Leigh's long, static shots — especially of the first confused meeting between Cynthia and Hortense at a London teashop — somehow give you the sense you've known these characters for years. Kudos also to Timothy Spall, playing the bearish brother Cynthia longs to reconnect with. For an emotionally enriching film which deals intelligently with class, race, and family conflict, check out "Secrets and Lies."

Secrets of the Heart