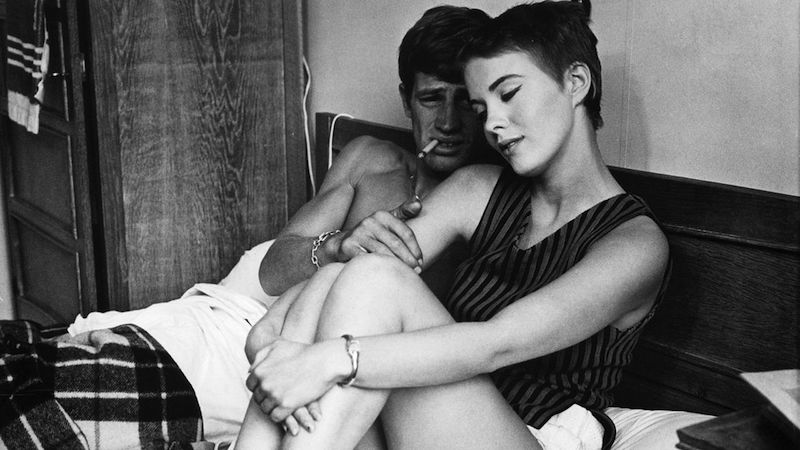 Just as the British once showed Americans how to reinvent rock music, so it was with the French and the crime film. Many of the top French directors of the ‘50s and ‘60s turned out memorable, enduring gangster films, and we are all the better for it. Though critics dubbed these young filmmakers as "The French New Wave," they may as well have called them "The French Crime Wave."

A key turning point was when an American director, Jules Dassin, found himself exiled to Europe during the McCarthy era, and directed French actors in the classic "Rififi" (1955). American film noir (ironically, a French term) was on the wane by this point, and France not only picked up the torch, they practically yanked it out of our tired hands.

French directors did more than create rehashes of American crime movies. True, they borrowed many techniques and stories that were already familiar from Hollywood films, but they seasoned them with distinctly French flavorings, whether it was Jean Luc Godard's jump-cut editing technique, or the way existentialism seemed to crop up even in plots about car thieves.

Were French crime films actually superior to those churned out by Hollywood? It's a tough call. Really, there’s so much excellent work to choose from on both sides of the pond, that it’s almost beside the point. Whether or not you happen to prefer American crime films to those made in France, it’s hard to deny that the French had a sizeable impact on the genre that’s still felt today.

Below are six seminal French titles that in my view match up to most any American crime film. Watch them and judge for yourself... I think you’ll thank me. 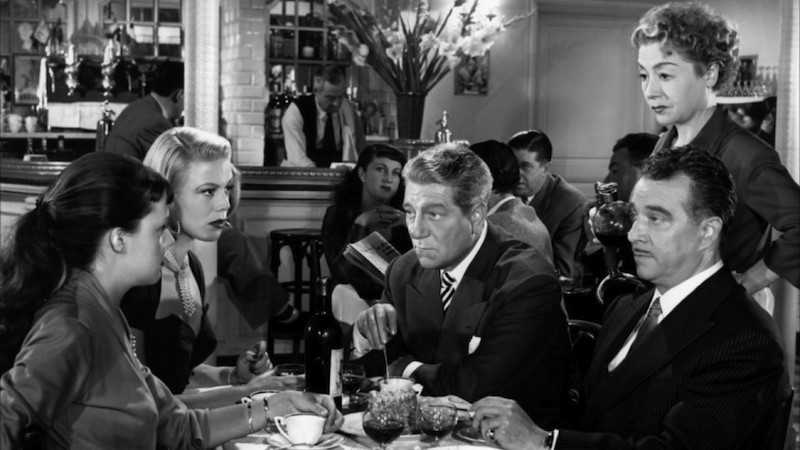 Jacques Becker’s underrated, pre-"New Wave" caper film features a senior but still superb Jean Gabin as Max, an aging crook who wants to retire after pulling one last job. He and his pal get away with a load of gold bricks, but soon Max is betrayed to a rival gang, who then kidnap his partner and demand the “grisbi” (loot) in return. What’s an old thief to do? Thank God that old thief happens to be Gabin, France’s answer to Spencer Tracy. Whatever happens, we’re with him all the way. 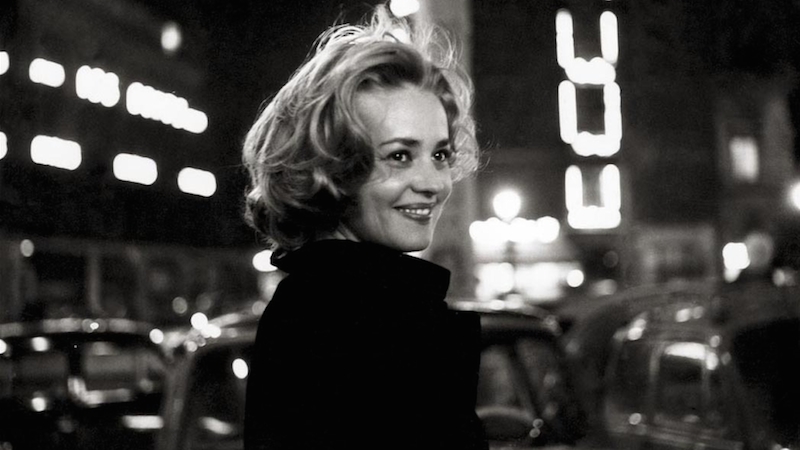 Director Louis Malle made his debut with this twisty crime thriller. “Gallows” expertly blends a grab-bag of noir staples, starting with the conniving wife (Jeanne Moreau) who puts her lover up to killing her husband. The murderous deed is carried off without a hitch, but sets off a chain reaction of grim events. The atmosphere is claustrophobic, the cinematography appropriately noirish, and Moreau, sans makeup for realistic effect, turns in a performance that solidified her status as one of France’s top female stars.  Stream it tonight! 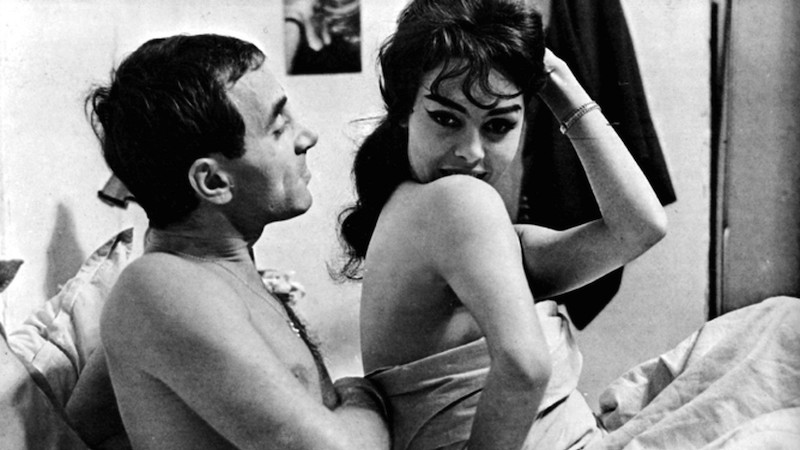 A down-at-the-heels musician finds himself involved with his gangster brothers in Francois Truffaut’s stellar noir tribute to American noir. Real-life crooner Charles Aznavour is perfect as a former concert pianist pursued by the mob, while Truffaut works wonders with the bleak source material that was David Goodis’s novel. By using liberal doses of humor along with stylistic flourishes, Truffaut takes what could’ve been an ordinary crime picture and turns it into something special. Of course, we’d expect nothing less from the gifted Francois!  Stream it tonight! 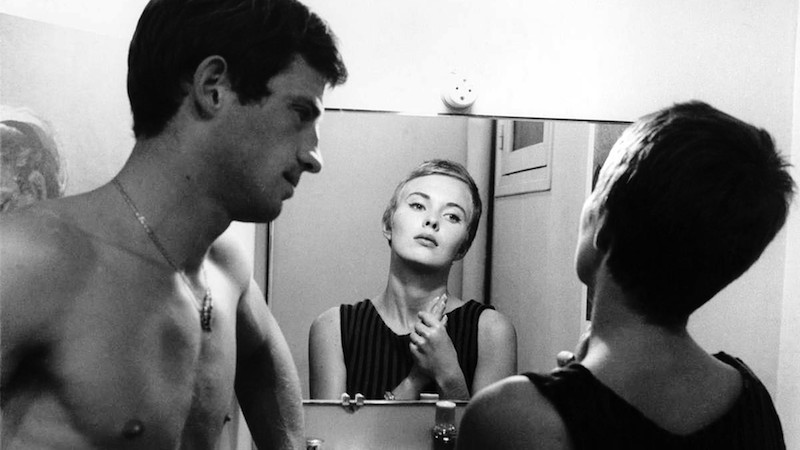 Jean Luc Godard’s remarkable directorial debut included one of the pivotal moments in the new French cinema. It’s when small-time hoodlum Michel (Jean-Paul Belmondo) stops in front of a movie theater and admires a glossy photo of Humphrey Bogart. It’s as if Godard was ready to charge into the future, but wanted to take a second to pay homage to what had come before. This tale of a young couple running from the law is not just a French “Bonnie and Clyde”; it was the launch pad for a whole new kind of cinema.   Stream it tonight! 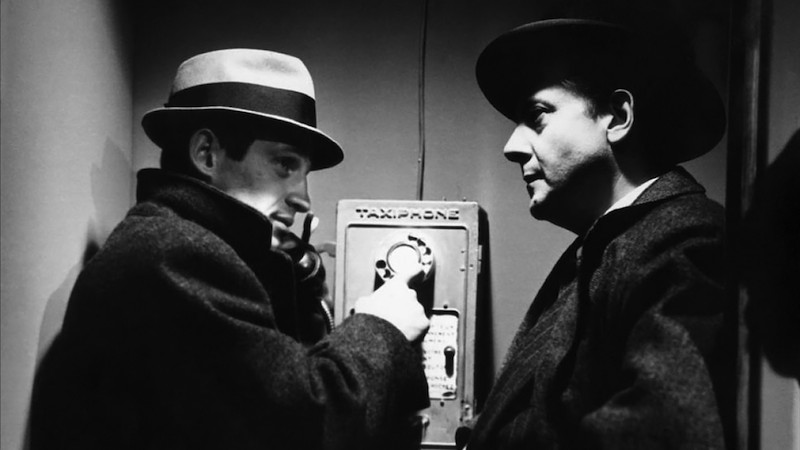 Imagine a traditional noir film of the 1940s filtered through the mind of Albert Camus, and you get an idea of why Jean-Pierre Melville’s classic stands above most thrillers. While the usual tropes are here, including brutal ex-cons, double-crosses, and enough plot twists to set your head spinning, there’s an existential feeling in the air as we’re asked to think about such fragile concepts as loyalty, friendship, and honor. Belmondo is back as a man who is not what he appears to be. This is a thinking man’s crime film, so if you fit that description, catch it. 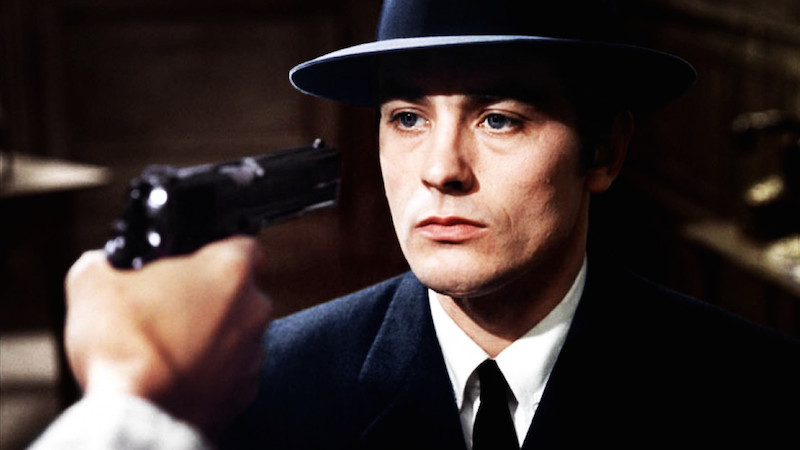 In yet another winner from director Melville, the supremely photogenic Alain Delon stars as Jef Costello, a gun for hire who carries out a high-profile hit on a nightclub owner and then finds himself trying to elude a strong-minded police inspector (Francois Perier). Delon is magnetic in the title role, playing a man whose job requires a kind of tunnel vision, and certainly an absence of emotion. The film resembles certain cherished entries from the ‘30s and ‘40s, but Melville’s style is so streamlined that the scenes speed along at a distinctly modern pace.

More:  9 Fantastic Foreign Films You Should Stream on Netflix Tonight!

Revenge of the Nerds: