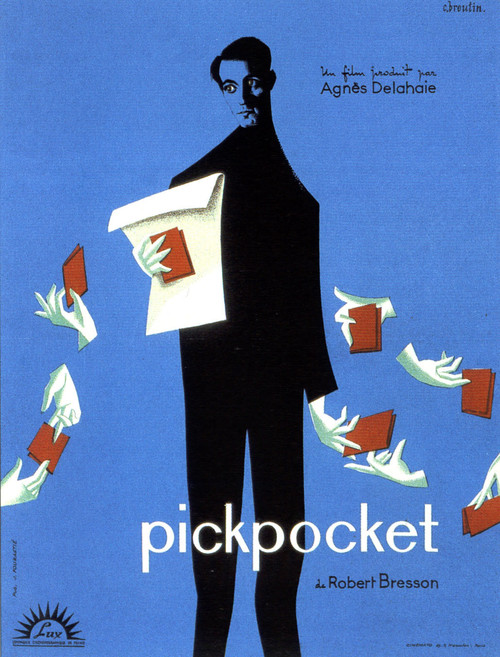 Obsessed with the art of lifting wallets, troubled Parisian loner Michel (LaSalle) roams the Metro waiting stations looking for marks, but fails to give up when he's nabbed by a police inspector (Pelegri), justifying his criminal habits with a jumble of philosophical ideas. Unable to face his ailing mother and oblivious to the love of his closest friend Jeanne (Green), Michel is haunted for years by guilt and inner conflict, but ultimately finds himself on the road to redemption.

Loosely based on Dostoyevsky's "Crime and Punishment," this spare, understated character study by French auteur Bresson boasts a unique filmmaking style, with minimal dialogue, precise editing, and severely restrained acting from its cast of non-pros. Slowly and gracefully, the director's sheer artistry emerges here, especially in the beautifully composed sequences in which Michel practices his nimble craft. (The influence of "Pickpocket" on screenwriter Paul Schrader was huge, too: he employed the film's confessional voiceover technique for his own "Taxi Driver.")