Almost Played by Someone Else 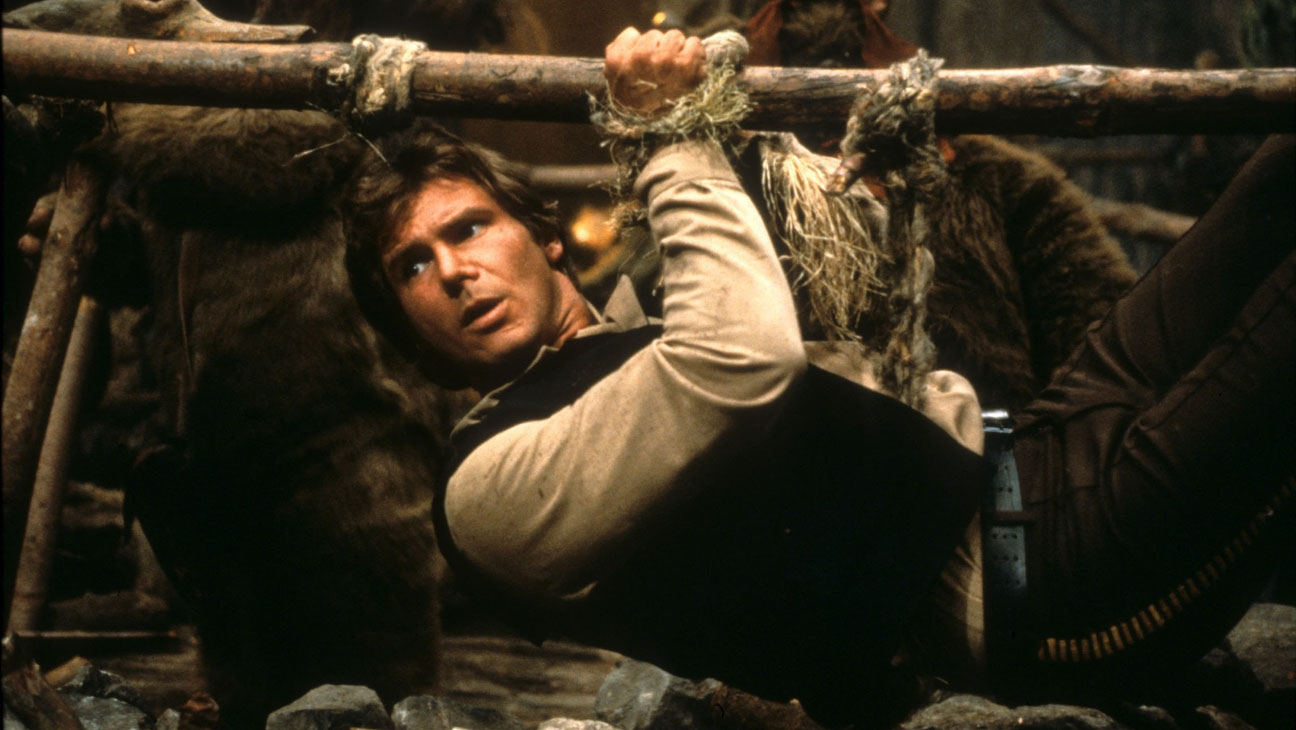 As producer/director Roger Corman once told me, movies are a kind of alchemy, an outcome of many complex elements. Bad movies can be forged from wrongheaded decisions, great ones can often be attributed to … plain dumb luck. The resulting concoction is all that counts.

Of course, when you watch an amazing performance in a great film, it’s hard to envision how it could have been done any other way. Casting is crucial because most often we associate movies with the actors that star in them. But consider how differently a movie might have turned out if an alternate choice had been made. Just a tiny shift in the recipe can make a world of difference.

Here then is a list of 9 actual “what might have been” casting choices from some of our favorite films that prove my point. 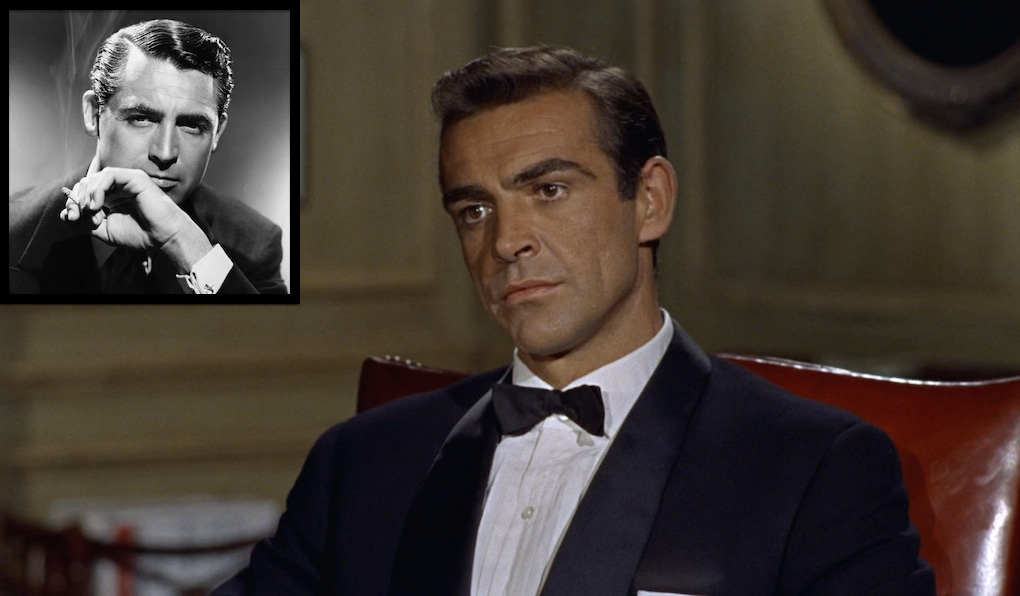 When spy-novel writer Ian Fleming considered who should play his famous secret agent on-screen, he had only one actor in mind: Cary Grant. Definitely suave enough for the role and looking like he’d been born in a tux, Grant was also chums with 007 producer Albert R. “Cubby” Broccoli. However, Grant’s own concern about being too old (he was in his late fifties, but looked a decade younger) and his unwillingness to be locked into a potential film series, kept him from accepting a license to kill. It was luck of the Scottish then for the younger (by 25 years), virtually unknown actor Sean Connery, who’d go on to superstardom by creating the still definitive James Bond.

Robert Redford was almost Benjamin Braddock in “The Graduate” (1967) 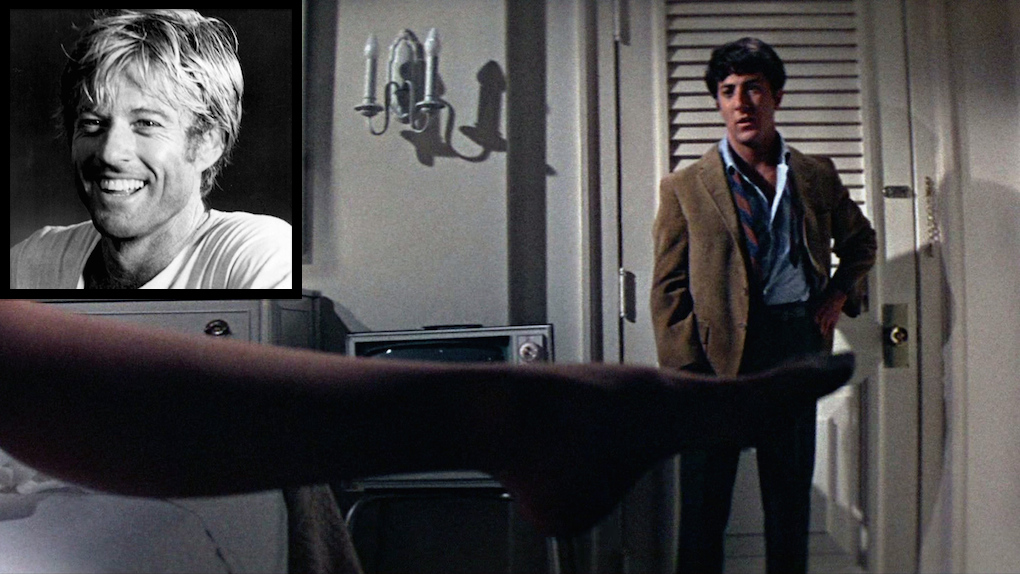 When Mike Nichols had rising star Redford in for a screen test, he was already concerned that the handsome actor lacked the insecurity and vulnerability to play Benjamin, a bumbling college grad who gets seduced by his parents’ friend, Mrs. Robinson (Anne Bancroft). Reportedly, the following exchange sealed Redford’s fate: Nichols asked, “Bob, have you ever struck out with a girl?” Redford replied, “What do you mean?” In the end they went with Dustin Hoffman, whom we could all believe had struck out once or twice. Good call.

Jack Nicholson was almost Michael Corleone in “The Godfather” (1972) 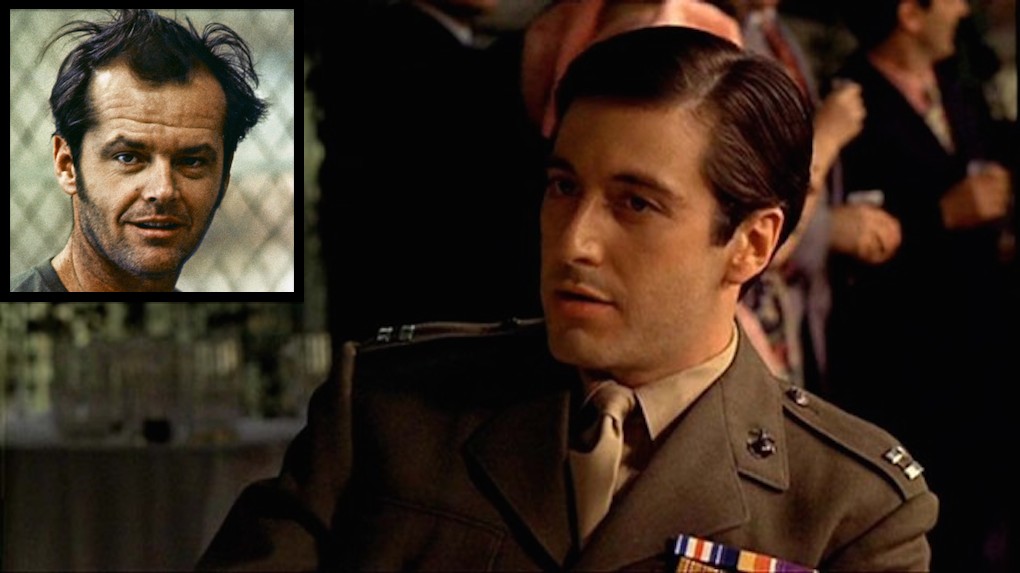 Paramount thought a Mafia movie was a risky venture, even adapted from a best seller like Mario Puzo’s “The Godfather” (1972), mainly because the Kirk Douglas film, “The Brotherhood” (1968), had bombed (it deserved to). As a safeguard, they wanted established stars for all the lead parts. Incredibly, Jack Nicholson, about as Italian as bratwurst, was offered the role of Michael, and big names like Warren Beatty, Robert Redford, Ryan O'Neal, and Dustin Hoffman were also considered. Talented as all these players are, you can’t help but think their very different energies would have compromised Coppola’s masterpiece. Still, I’d love to have seen their screen tests! 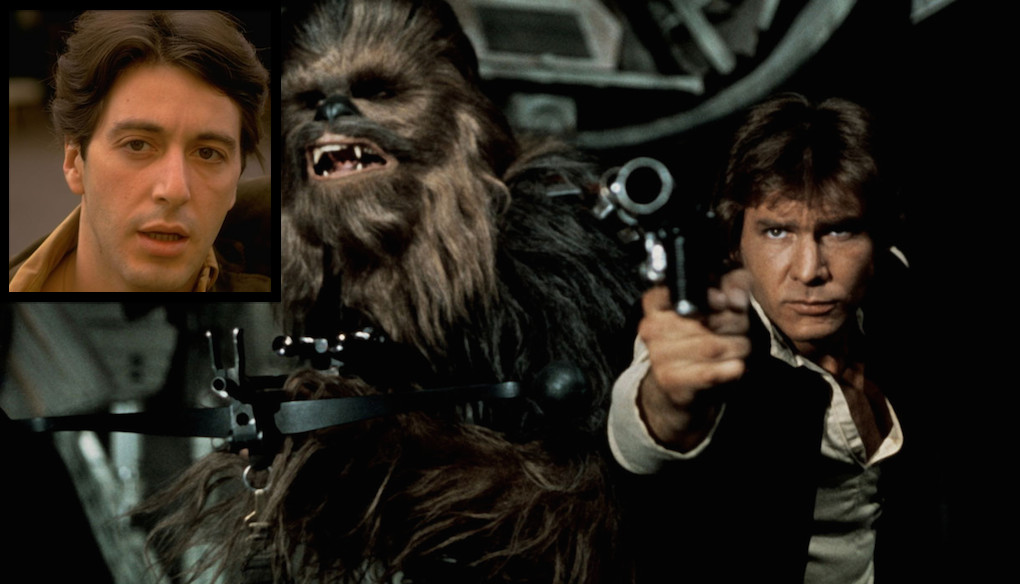 I know it was you, Chewie… you broke my heart! It could have happened. Last year during a presentation in London, Pacino revealed that he was being seriously considered for interstellar smuggler Solo in the world-famous space opera. "[The role] was mine for the taking but I didn’t understand the script," Pacino said. If only he spoke Wookiee. Luckily, Harrison Ford was on hand. Though he wasn’t initially up for the part, he filled in as a reader for auditions, and they liked his take on the scoundrel so much they finally cast him. (Talk about dumb luck!) 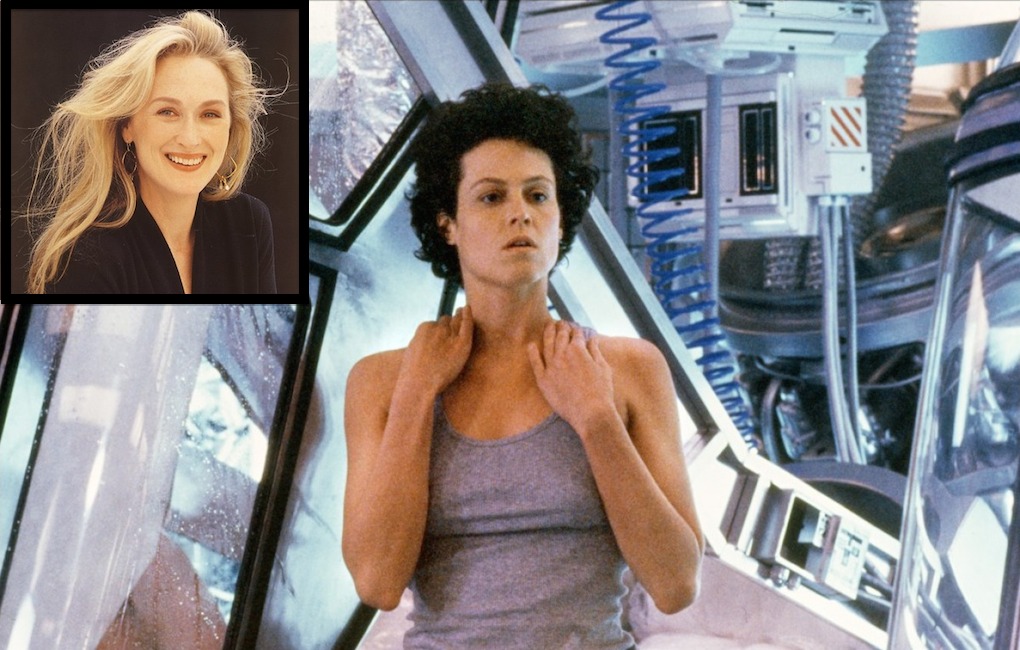 Producer Gordon Carroll said in interview that they had two women in mind for space salvage crewman Ripley: Yale School of Drama classmates Sigourney Weaver and Meryl Streep. I’m sure Streep would’ve been wonderful running like mad from H.R. Giger’s double jawed monster, but it was not to be. Streep’s fiancé John Cazale died just a day or so before the audition, which was consequently put off. So, Weaver would ultimately be the one to fight nasty extra-terrestrials in four “Alien” films. Streep would go on to win an Oscar for “Kramer vs. Kramer” in 1979, opting to go into orbit in her career.

Robin Williams was almost Jack Torrance in “The Shining” (1980) 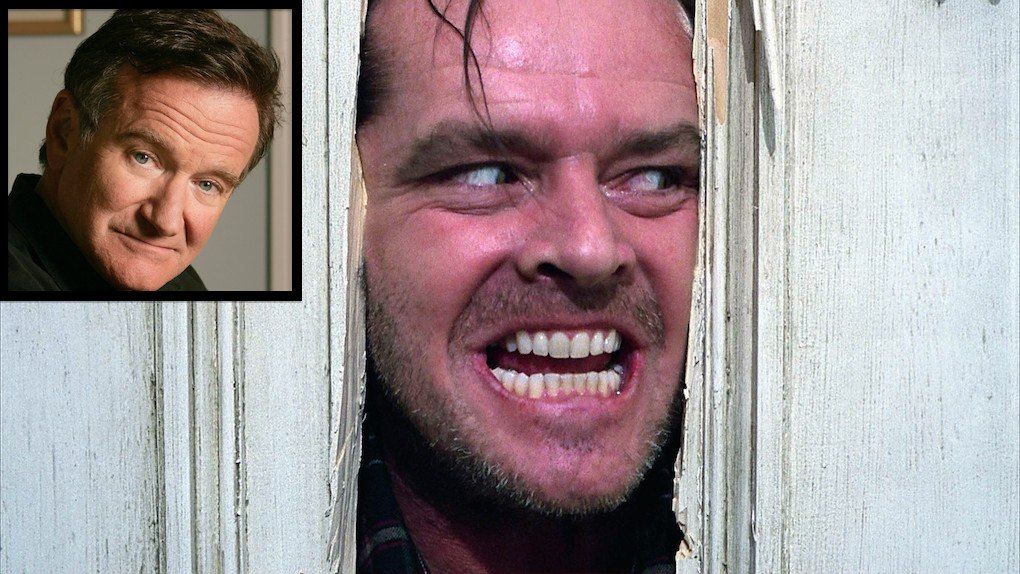 Originally, director Stanley Kubrick was thinking of funnyman Robin Williams for the part of Jack Torrance, the unhinged caretaker of the isolated Overlook Hotel. Though more recently Williams has played darker characters in movies like “Insomnia” (2002) and “One Hour Photo” (2002), it’s still hard to imagine Mork stalking his own family with a fire ax. There’s little question that bad boy Jack Nicholson was more appropriate for “all work, no play”, anything-but-dull boy, Jack Torrance. Here’s Johhnnny! 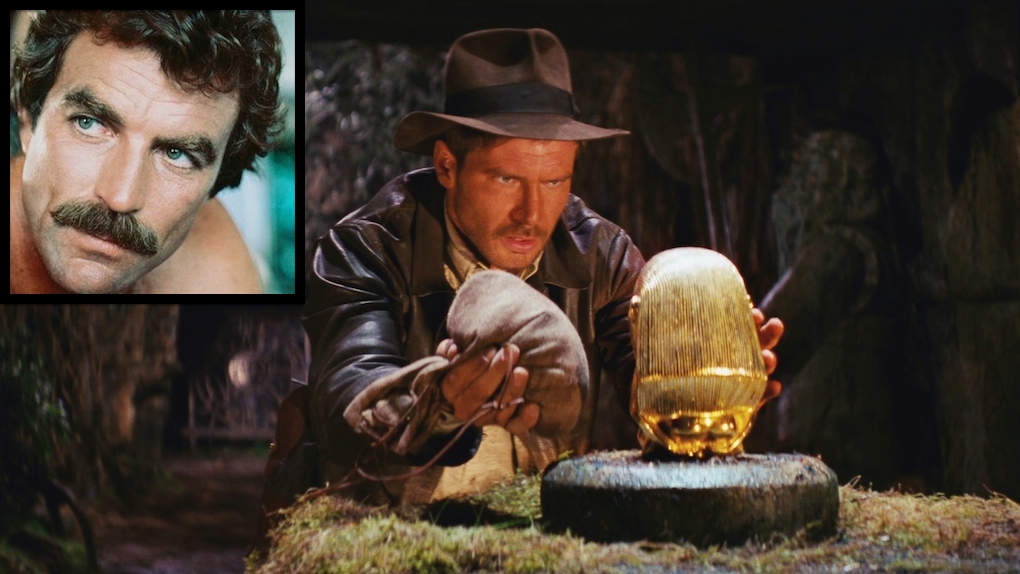 Producer George Lucas wanted the mustachioed Selleck for snake-averse, adventuring archaeologist Indiana Jones, but the star couldn’t accept due to his commitment to the not-yet aired TV show, “Magnum P.I.” In another case of being in the right place at the right time, Harrison Ford was cast only three weeks before they started filming. When a writers’ strike delayed “Magnum”, Selleck turned out to be available after all, but the ark had sailed. Tom had to settle for the small screen, which — thankfully for him — still led to fame and fortune. 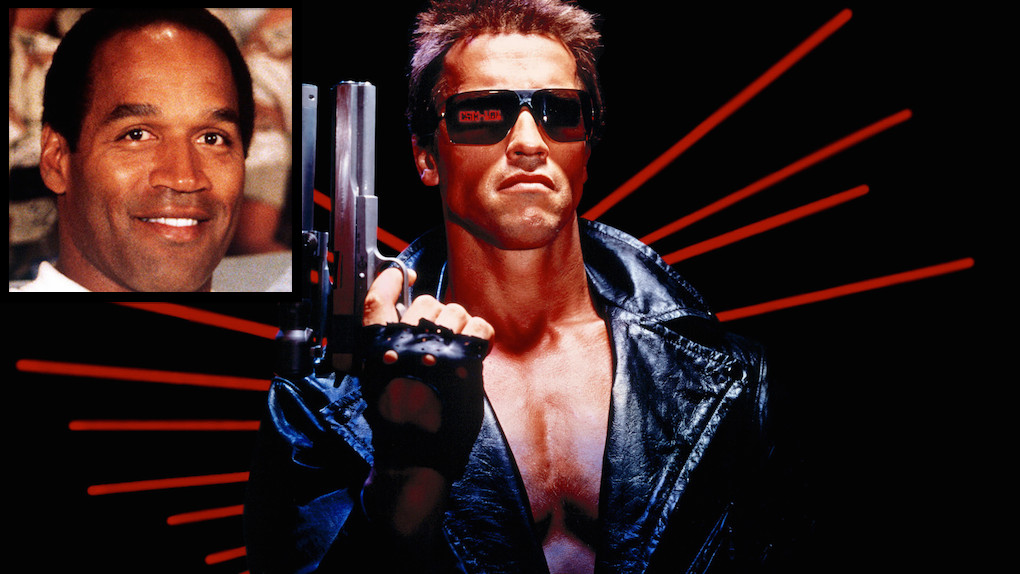 The since-disgraced football star was indeed in consideration, but when they met Simpson, James Cameron and the producers felt he seemed way too nice to play a cold-blooded killing machine sent back in time to murder an unborn resistance leader (a spooky misjudgment). Arnold Schwarzenegger originally wanted to play defender of the future Kyle Reese, but Cameron persuaded him the monosyllabic killer was actually the film’s central character. The future Gov was then happy with the title role, since he’d get more attention — and have fewer lines to learn. He’d be back for three more sequels, including next year’s “Terminator: Genesis.” Do cyborgs age? We’ll find out. 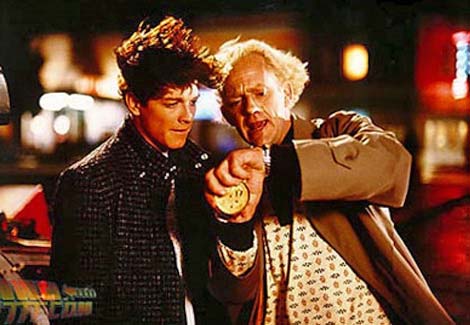 More than almost — Stoltz WAS cast as the time-traveling Marty McFly, who’s forced to play matchmaker to his own parents. With five weeks of Stoltz footage in the can, director Robert Zemeckis and producer Steven Spielberg finally concluded something was missing — a little thing called comedy. Stoltz is a fine actor, but as you can see in the few dailies posted on YouTube, his take on the role falls curiously flat. His replacement, Michael J. Fox, injected a boyish charm and a genuine lightness to Marty that helped carry the film.

Any “almost happened” casting choices we left out? Let us know on Facebook. In the meantime, here are a few titles demonstrating that the stars who missed out on the roles above found others that suited them better.

Better Fits for Our Favorite Stars

A Tribute to the