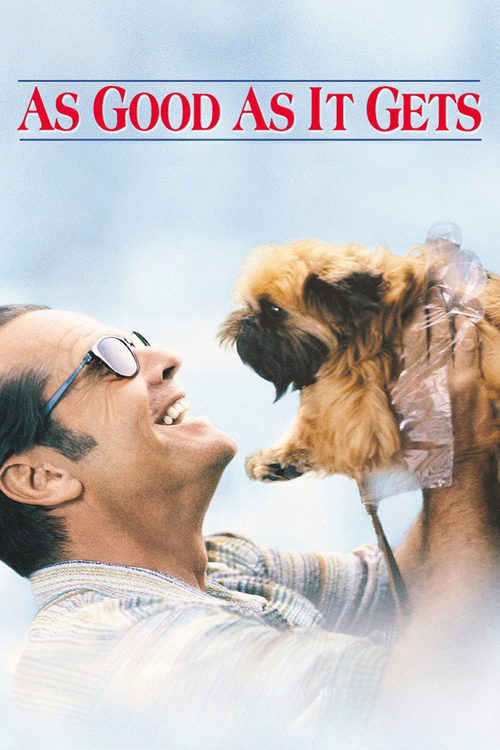 As Good As It Gets

Melvin Udall (Nicholson) is an obsessive-compulsive neurotic with no friends, who ironically makes his living as a successful romance novelist. Melvin is forced to come out of his shell when gay neighbor Simon (Kinnear) is injured and Melvin must care for his dog. Then there is Melvin's growing attachment to the waitress who works at the diner he frequents. Carol (Hunt) can actually handle Melvin (a major achievement), but she has a lot more on her plate, including carrying for an asthmatic son. Is this a scenario where love could blossom? You'd be surprised.

James L. Brooks' quirky, touching film brims with humanity, as three societal misfits find each other and against steep odds, ultimately connect. Nicholson fits oddball Melvin like a defective glove, but it is Oscar winner Hunt who steals the film as the beleaguered, world-weary Carol. Also watch for Cuba Gooding in a hilarious turn as Simon’s protective boyfriend. An unlikely romance with a big heart, this gem truly lives up to its title.

As It Is in Heaven