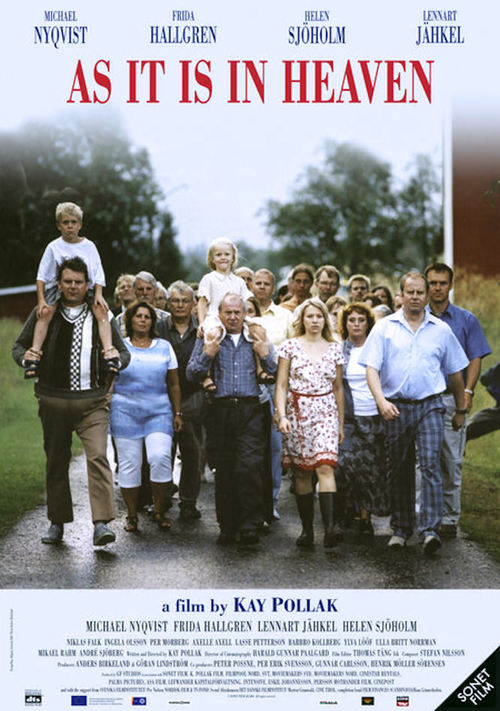 As It Is in Heaven

Wunderkind, workaholic orchestra conductor Daniel (Nyquist) has a near-fatal heart attack on the job and goes to recover in the most peaceful surroundings he can imagine: the small town of his birth. At first only desiring total rest, Daniel gets drawn into the lives of his neighbors when he reluctantly agrees to direct the towns church choir. The eventual impact of his involvement ends up transforming several lives, including his own.

Pollak's captivating feature brims over with authentic humanity and depth of feeling, thanks largely to Nyquist's pitch-perfect rendering of the central role. His Daniel is no arrogant celebrity, but a man whose storied career has robbed him of any experience at cultivating relationships. The fundamental charm of this film comes from the fact that Daniel has just as much to learn from his disciples as they do from him. Among a stellar supporting cast, Frida Hallpert stands out as the love interest, a seemingly free spirit named Lena, as well as Niklas Falk playing the town pastor, whose authority gets undermined by Daniel's presence.