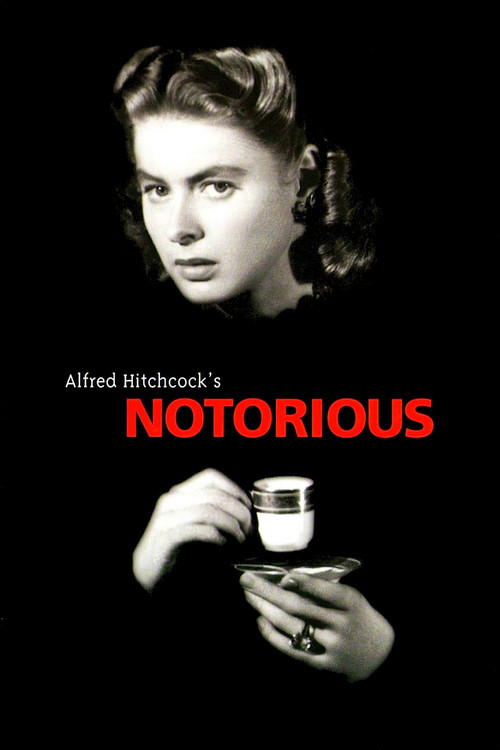 At the end of World War II, American intelligence officers are busy tracking Nazis who've escaped to South America. They approach Alicia Hubermann (Bergman), daughter of a condemned Nazi spy, to use her feminine wiles to implicate more of her father's colleagues, including Alex Sebastian (Rains), ringleader of a clandestine group that is up to no good. Before her specific assignment gets disclosed, however, Alicia and American agent Devlin (Grant) become romantically involved, complicating matters going forward.

With director Hitchcock at his most subtle and inspired, this brilliant nail-biter seems only to improve with each viewing. The story of a fallen woman — first redeemed by love, then put in peril — fascinates, and stars Grant and Bergman emit powerful on-screen chemistry. Acting laurels also go to supporting player Rains, who's never been smoother or slimier than here, playing a Nazi agent who falls for the wrong girl. Don't miss the climax, which is nothing less than pure, understated genius.