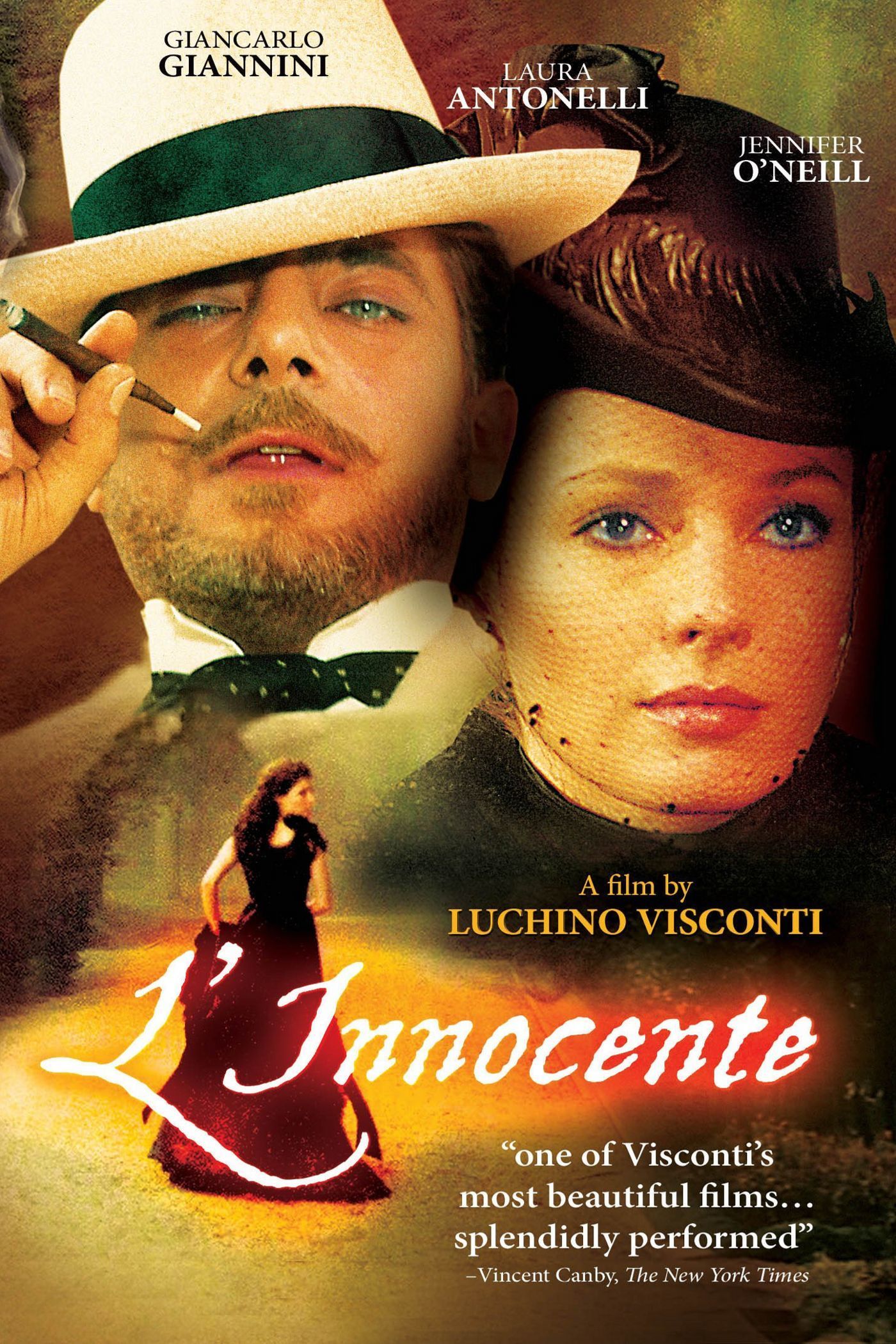 Tullio Hermil (Giannini) is a wealthy, idle aristocrat in 1890s Italy. He is married to the beautiful but submissive Giuliana (Antonelli), who tolerates his infidelities with quiet resignation. But when he flaunts an affair with his mistress, the widowed Countess Teresa (O’Neill), Giuliana embarks on her own dalliance with a young Byronic writer (Porel). This brings Tullio racing back, consumed with a new passion for his wife and marriage. Then Giuliana discovers she’s pregnant with her lover’s child, and Tullio is unable to contain his jealousy.

Visconti’s final film returns him to the luxuriant period melodramas he is famous for (“The Leopard”). Though taken ill during filming, Visconti still elicits subtle, nuanced performances from his leads. His direction is masterful, as usual, aided by gorgeous cinematography by longtime collaborator Pasqualino de Santis. Each shot is sumptuously framed, as revealing close-ups contrast with scenic wide-shots. Visconti’s camera lingers on the baroque furnishings as lovingly as on Antonelli’s beautiful body, blending artistic sensuality and soft-core titillation. Faithfully adapted from an 1892 novel by Gabriele d’Annunzio, Visconti’s condemnation of a morally bankrupt nobleman is a fitting cinematic swansong for this brilliant director.