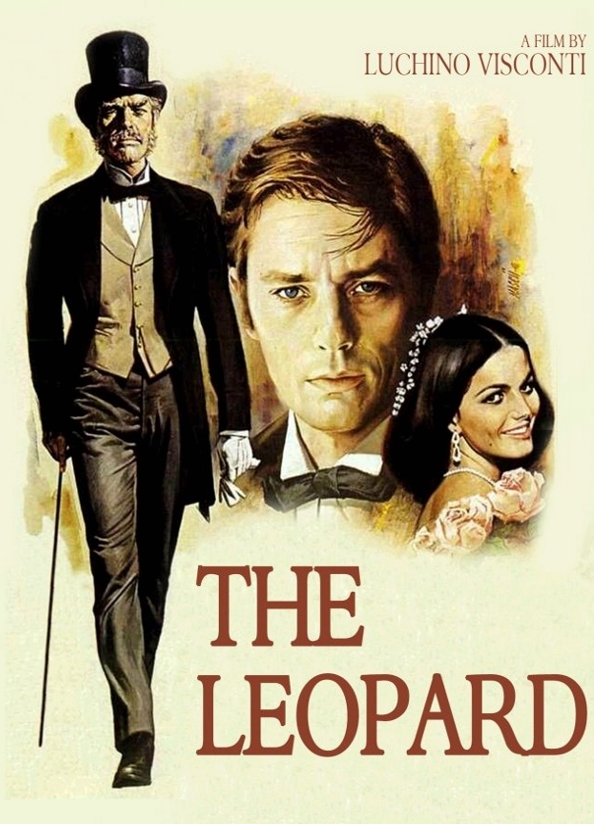 This gorgeous, sweeping historical film, based on a top-selling Italian novel, portrays a transitional period in 19th century Sicily, when the old aristocracy gave way to the rising middle classes to forge a more democratic nation. This societal change is glimpsed through the eyes of the aging prince Don Fabrizio Salina, (Lancaster), decidedly of the old Italy, who views its passing philosophically. Salina’s handsome nephew Tancredi (Delon) and his intended, Angelica (Cardinale), represent the incoming order.

Visconti’s exquisite epic weaves the theme of societal upheaval into a sumptuous and stunning cinematic tapestry. A meticulously dubbed Lancaster gives a flavorful, commanding performance as the proud patriarch, while Delon and Cardinale comprise one of the most magnetic young couples ever captured on celluloid. The film's final set-piece is a particular stunner, often cited as one of the most visually arresting sequences in all film. (Trivia note: both Brando and Laurence Olivier were considered for Lancaster's role here, and all three actors would compete again for the Don Corleone part in “The Godfather” nearly ten years later.)