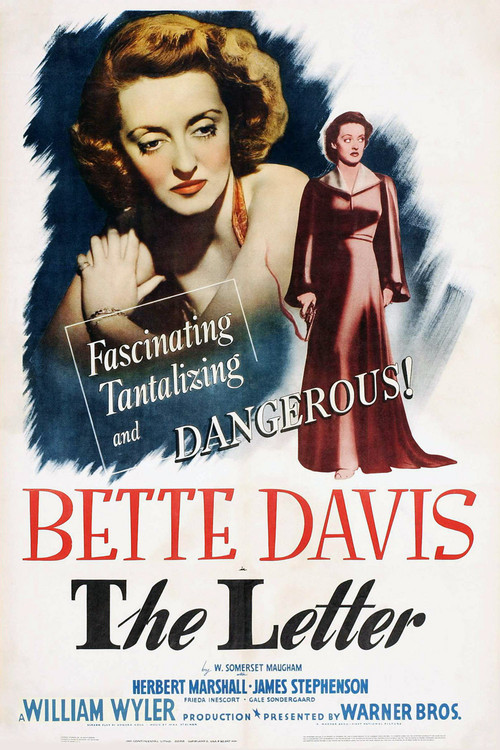 When Leslie Crosbie (Davis), mistress of a rubber plantation in Malaysia, shoots and kills a male friend who pops in and makes advances, trusting husband Robert (Marshall) wants to protect his shaken bride as best he can. But close friend and lawyer Howard Joyce (James Stephenson) is suspicious of Leslie's story, owing to the existence of an incriminating letter in the possession of the victim's Eurasian widow (Gale Sondergaard).

Adapted from a story by W. Somerset Maugham, "The Letter" is a taut, riveting suspense picture. After the huge success of 1938's "Jezebel," director Wyler was asked to helm another Davis picture — and once again, he hit pay dirt, crafting a dark, sultry atmosphere that complements all the scandalous intrigue. Davis is tops as the lady we love to hate, and Sondergaard's wordless turn as the wronged woman nearly steals the show. (Trivia note: Wyler, Davis, and Marshall would all reunite the following year for "The Little Foxes.")

The Life and Death of Colonel Blimp