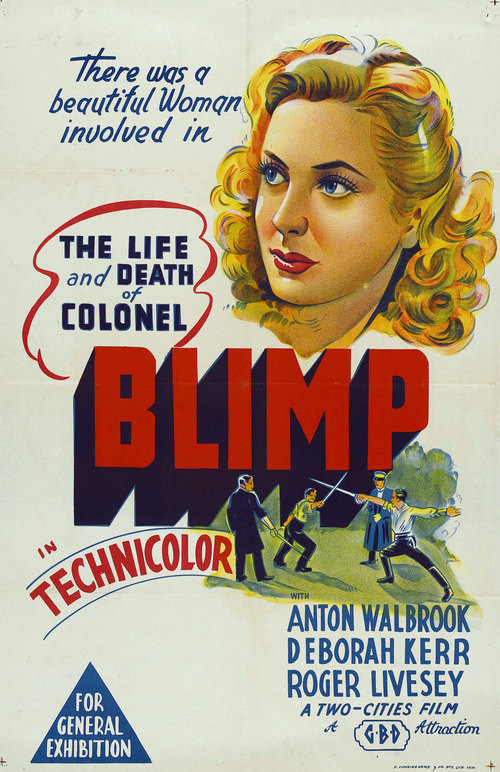 The Life and Death of Colonel Blimp

The prodigious British filmmaking team of Michael Powell and Emeric Pressburger, dubbed "The Archers," released this, their first color feature, at the end of the costly Second World War. The film recalls the life of a career military officer, General Clive Wynne-Candy (Livesey), whose postings and exploits mirror the fortunes of his country. Less war film than human drama, we flash back to Wynne-Candy's younger days, his relationships with three key women in his life (all played by the charming young Kerr), and a sorely tested friendship with a German officer (Walbrook).

The lengthy but immensely rewarding "Blimp" is a warm, fond salute to a colonial British Empire which would never exist again. Livesey is superb as the beloved central character that ages forty years over the course of the film, and Walbrook is equally astonishing as Wynne-Candy's German friend whom he's forced to oppose in wartime. And young Deborah was never more luminous than in this early role. Criterion deserves credit for a gorgeous high-definition transfer of this early color masterpiece, which makes the old seem new again.

The Life of Emile Zola