5 Great Titles That Were Initially Rejected

One of my favorite “insider” books about the film business is 1983’s “Adventures In The Screen Trade,”  an often lacerating, highly insightful expose about the inner workings of Hollywood. Its author is veteran screenwriter William Goldman, who scripted numerous high profile movies in the ‘60s, ‘70s and ‘80s.

Out of that compulsively readable tome came one simple quote that became quite famous. Summing up all the studio heads, marketing people, and producers frantically reading the tea leaves in search of the next big hit, Goldman observed: “Nobody knows anything.”

To be clear, he was not actually suggesting that the people who green-light pictures are fools or morons, though I suspect he’d admit to having seen a few of those types hanging around. What he meant is that nobody — but nobody — truly knows whether a movie is going to be a hit or a bust. Hence the angst and the ulcers.

It’s bad enough to back a movie that tanks at the box office. What about those scripts the suits said would never fly that end up soaring, making scads of money for a competing studio. Man, that’s gotta hurt! And it has happened, my friends — more than we all realize.

Here, for example, are five big surprises: hugely successful films that were originally passed on by short-sighted studios who’ve been kicking themselves ever since. 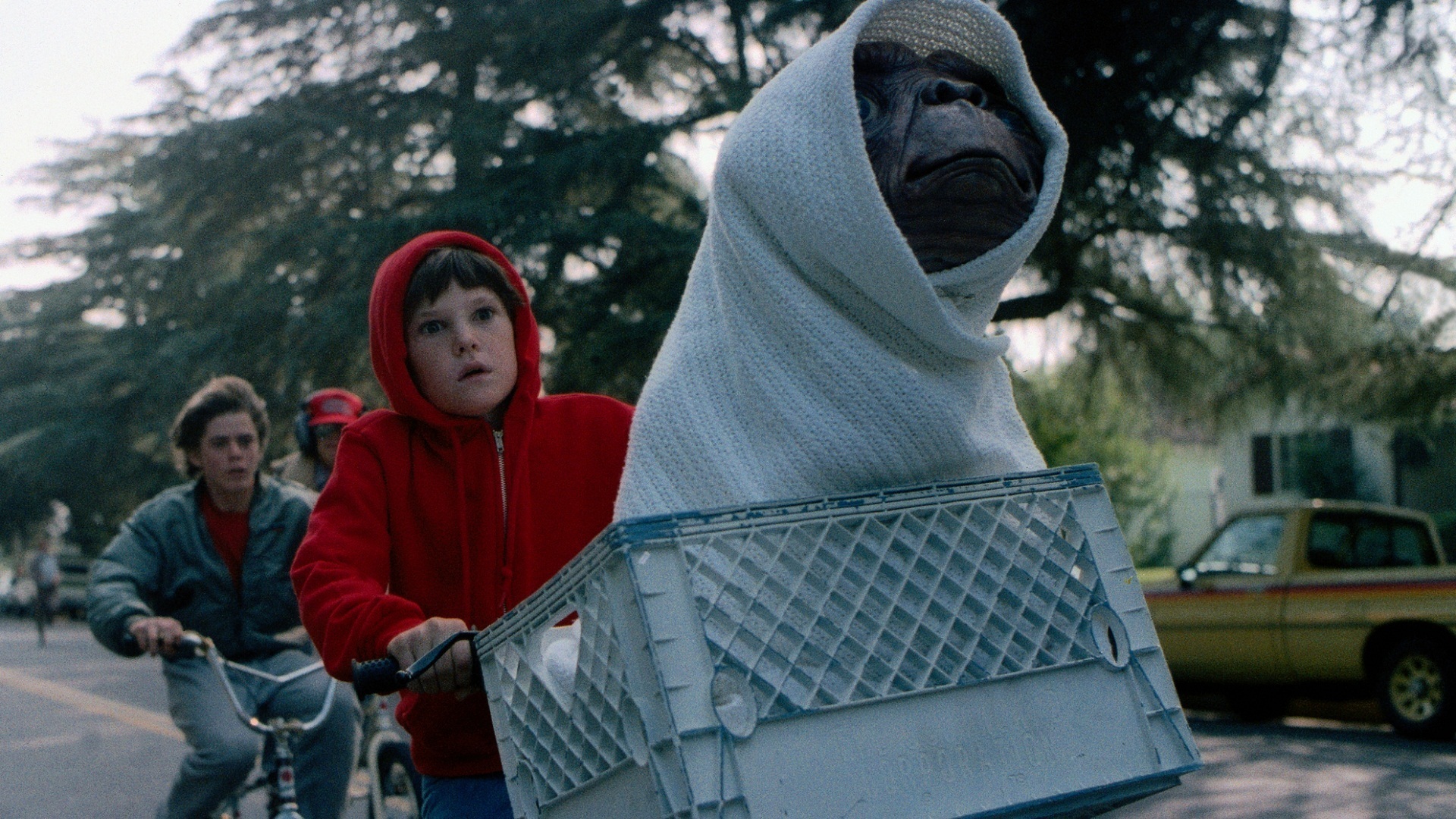 This classic didn’t start out as a cuddly story about a boy helping an alien return to his planetary home. After the success of “Close Encounters of the Third Kind” (1977), director Steven Spielberg started work on a follow-up called “Night Skies”. The plot had a family fending off hostile alien invaders at a remote farmhouse. Columbia Pictures was intrigued at first, but when the project evolved into a more family-friendly feature about a young boy’s connection with a candy loving creature from outer space, they were less enthusiastic. Spielberg and collaborator Melissa Matheson crafted a script titled “E.T. and Me,” but Columbia dismissed it as “a wimpy Walt Disney movie” with “limited commercial potential.” Eventually picked up by Universal, “E.T.” went on to gross over $700 million - more than fulfilling its “limited” potential.

Robert Zemeckis and writing partner Bob Gale began pitching this beloved comedy way back in 1981. Columbia Pictures took an interest, but felt the story of young Marty McFly traveling back in time to his parents’ courting days should have a higher raunch factor. Gale says, “[Columbia] thought it was a really nice, cute, warm film, but not sexual enough.” Zemeckis balked at this suggestion. Surely the folks guarding the Mickey Mouse legacy wouldn’t have the same concerns. Unfortunately, the execs there had the opposite problem: the film simply wasn’t wholesome enough to carry the Disney banner. No one else in Hollywood wanted to take a chance, so the project was shelved until Zemeckis hit it big with 1984’s “Romancing the Stone.” Suddenly, Universal was up for some time travel, and at long last, “Back To The Future” got the go-ahead.

RELATED:  Did you know Marty McFly was almost played by Eric Stoltz? 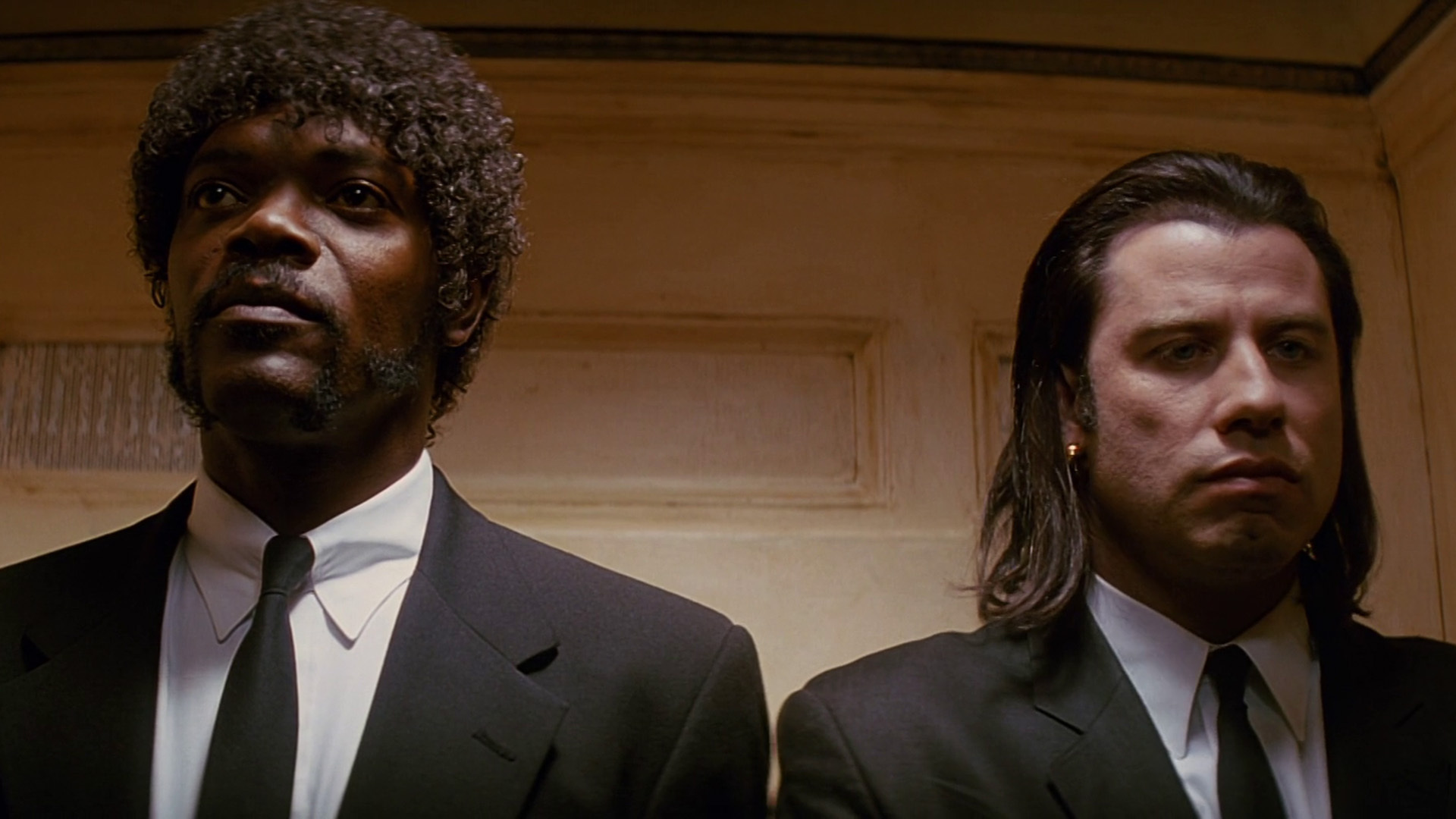 Even though writer/director Quentin Tarantino was a hot commodity by 1993, he was struggling to get his next project on-track, a pastiche of darkly comic episodes featuring hit men, petty thieves, and underworld characters. A $1 million deal for the screenplay was brokered with Columbia Tri-Star, but on finally reading it, the studio responded: “This is the worst thing ever written. It makes no sense. Someone’s dead and then they're alive. It’s too long, violent, and unfilmable.” Columbia boss Mike Medavoy thought Tarantino’s concept was “too demented.” (I guess somewhat demented is OK?) He promptly put the script in turnaround. Miramax’s Harvey Weinstein snatched it up, and “Pulp Fiction” would gross over $200 million dollars on an initial $8 million investment (you can buy a lot of Big Kahuna burgers with that). Tarantino’s bankability was confirmed once and for all. The film received 7 Oscar nominations, and won for (you guessed it) best original screenplay.

See how entertaining Tarantino’s “demented" ideas can be... 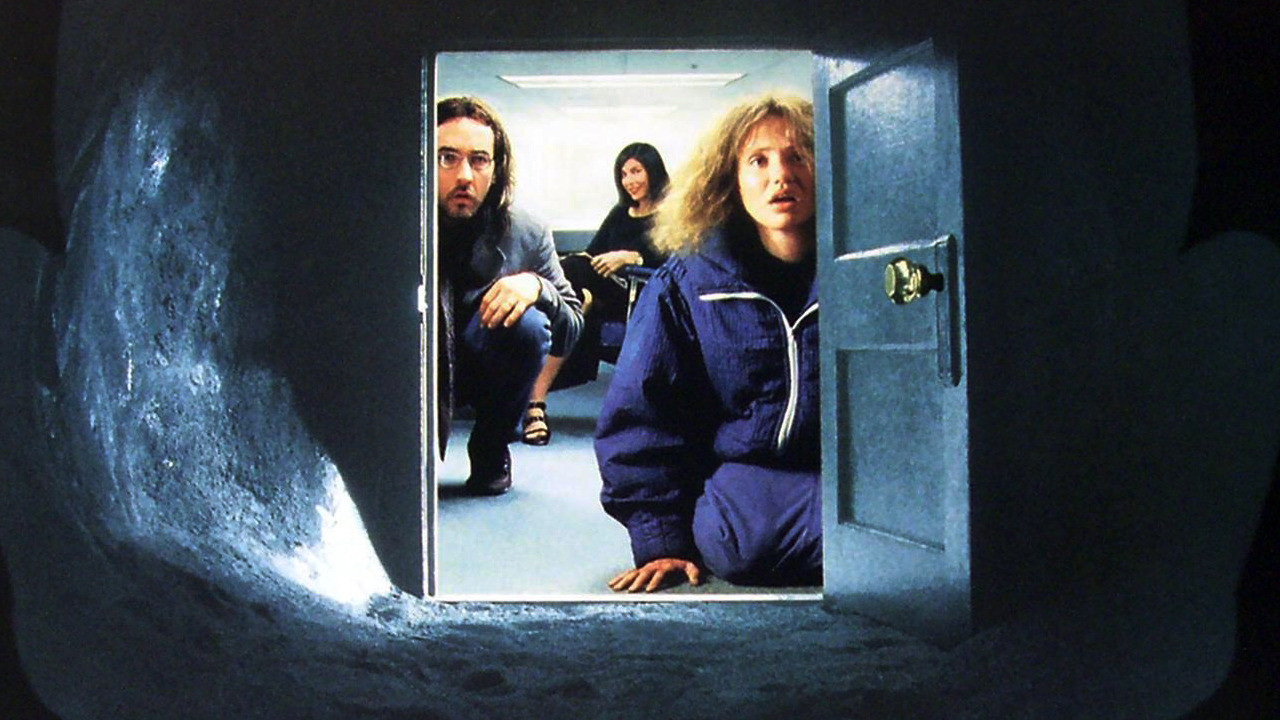 When writer Charlie Kaufman floated the novel idea of a pipeline that allows people access into the mind of actor John Malkovich, it was admittedly a tough sell - even to Malkovich himself. A host of production companies and movie studio executives turned it down. Kaufman ultimately sent the script to Francis Ford Coppola, who passed it on to his then son-in-law, Spike Jonze. This off-the-wall tale was just Jonze’s cup of milk. He signed on to direct and raised some initial funds. But when they needed studio support to complete it, the rejections continued. Reportedly, New Line Cinema executive Robert Shaye exclaimed, “Why the f@*k can’t it be ‘Being Tom Cruise’?” (Now doesn’t that speak volumes?). The movie finally got finished and distributed through USA Films, becoming an immediate cult hit and garnering three Oscar nominations - including one for best original screenplay. (Just why are these studio execs so afraid of original, intelligent scripts?)

This offbeat comedy really gets inside your head… 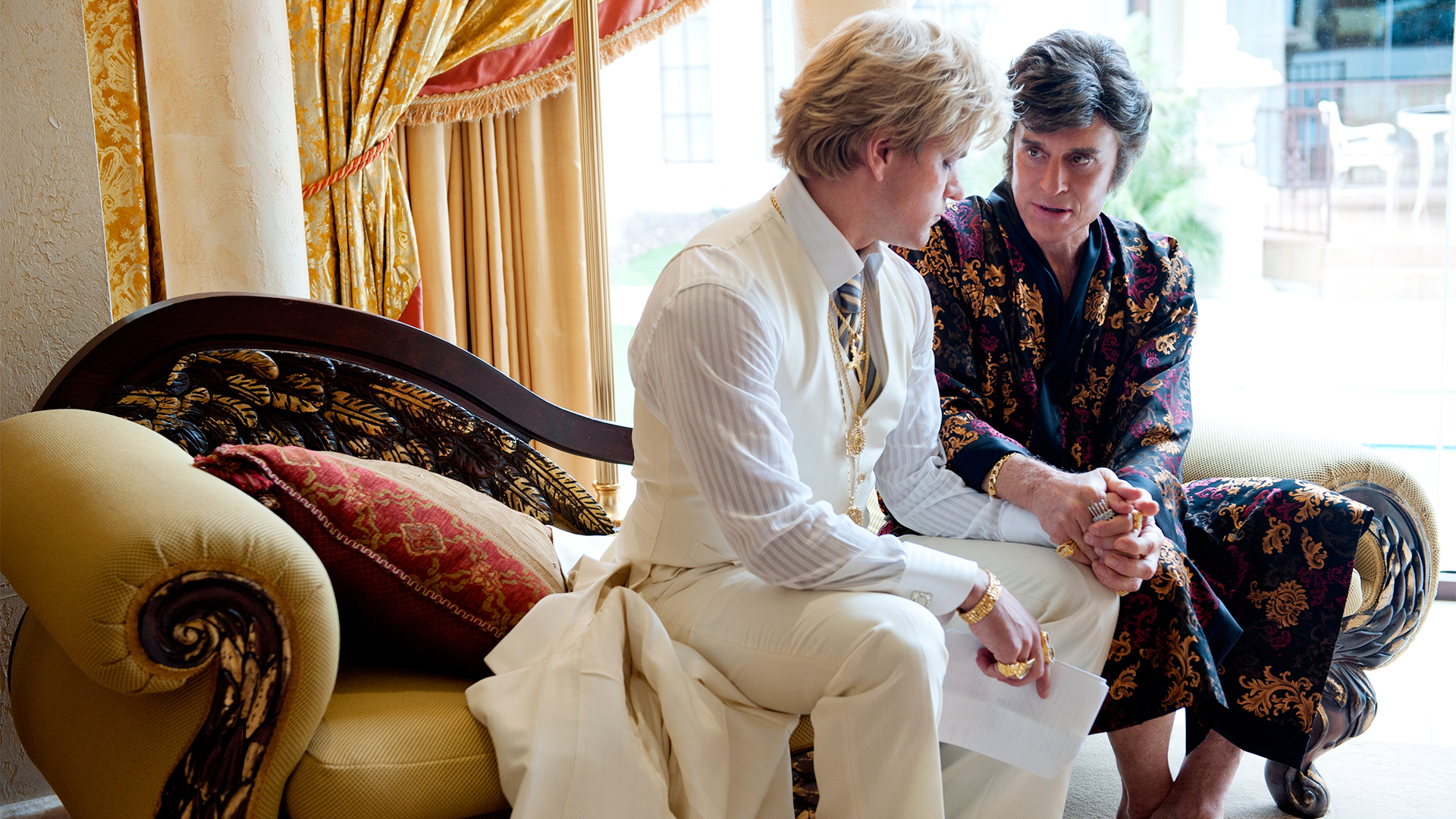 Even the likes of Steven Soderbergh had a tough time selling this sad, touching story of famed pianist Liberace’s long affair with protege Scott Thorson, based on Thorson’s own memoir. Not one studio would bite, even though the Oscar-winning director had Michael Douglas committed to play Liberace (after first considering Robin Williams). Along the way, Soderbergh also persuaded Matt Damon to co-star as Thorson. He was asking for only $5 million to get the project off the ground- chump change in Hollywood terms. Soderbergh claims the studios felt his film was “too gay” (how astute!), and predicted low box office. Plus, they simply didn’t know how to sell it. When HBO picked up the movie, Soderbergh was thrilled, figuring a small screen debut might reach a larger audience anyhow. It did, winning 6 Emmys and a Golden Globe for Douglas, who does his finest work here since 1987’s “Wall Street.”

Glittering performances by Douglas and Damon give even more sparkle to this forbidden romance...

So it appears William Goldman’s famous quote contains the ring of truth. It makes you wonder how many potentially great movies simply got tossed in the trash bin, because some jaded exec was having a bad day or just couldn’t see the light. With that in mind, let’s raise a solemn toast to all the fabulous pictures that might have been.

William Goldman Scripts that Made it Onscreen

What's the 4th Really About?

Finding the Answer in Film