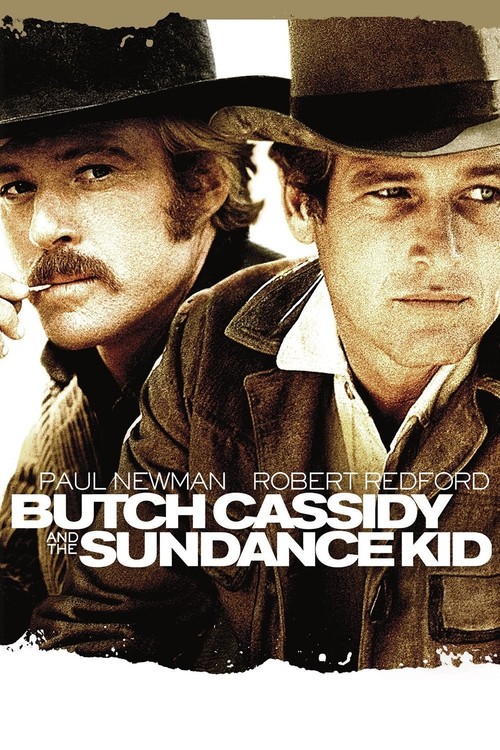 Butch Cassidy and the Sundance Kid

Based on true events, this cheeky, freewheeling take on the Western tracks likeable outlaw pals Butch (Newman) and Sundance (Redford) in their final months together. After twice robbing the same train, the two men head for the hills with Sundance's girl, Etta Place (Ross), eventually crossing the border into Bolivia to escape the indefatigable posse tracking them. Who are those guys?

At the close of the sixties, established star Newman and up-and-comer Redford would make this evergreen classic, the first of two hugely popular collaborations with director George Roy Hill. (The follow-up was 1974's "The Sting.") No standard western, "Butch" both romanticizes and satirizes the true story of the infamous "Hole in the Wall" gang, creating the ultimate buddy picture, thanks to terrific chemistry between the two leads. That star power, combined with William Goldman's Oscar-winning screenplay and Burt Bacharach's Oscar-winning score, creates a one-of-a kind movie that's by turns lyrical, hilarious, and sad.