A Movie Lover's Guide to

the Films of Ingmar Bergman

I'm beginning to think that the late Swedish director Ingmar Bergman gets a bad rap.

Mention the idea of watching one of his films and many otherwise reasonable, intelligent people head for the hills. The presumption is that the experience will be slow, laborious, depressing. If there were such a thing as cinematic paint, you’d be watching it dry.

At a time when so many movies pander to our reduced attention spans, a little Ingmar is in fact not only a welcome change of pace but an ideal way to prove you can still, when challenged, focus and absorb the enigmatic moods and nuance found in much of his work. It is an investment of time and attention that pays off.

Here’s one idea: consider seeing the best of Bergman in reverse chronological order. Though all his films are visually striking, at the outset the color ones will be easier to watch. And besides, “Fanny and Alexander” (1982) constitutes a glorious starting point for most any exploration. 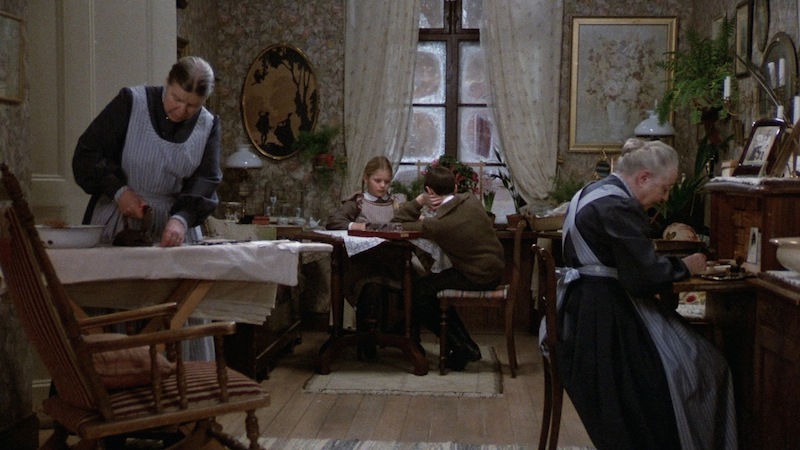 Set in the early twentieth century, this sumptuous film follows the Ekdahls, an exuberant clan whose happy life is seen through the eyes of young son Alexander (Bertil Guve). But when patriarch Oskar dies, mother Emilie (Ewa Frolling) rashly decides to remarry the cold Bishop Vergerus (Jan Malmsjo), and the Ekdahls’s existence (including Emilie, Alexander and younger sister Fanny) is transformed from one of warm colors to a stern, inflexible gray. Will the vibrancy and happiness they once knew ever return? 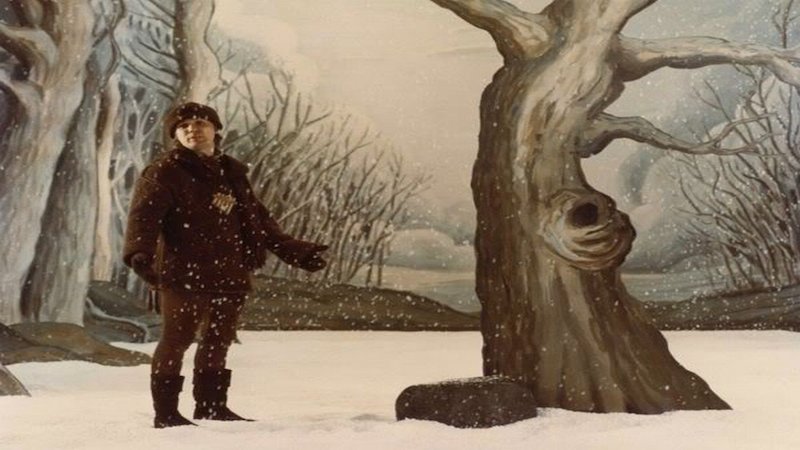 Seven years prior, Bergman had adapted Mozart’s famous opera, “The Magic Flute.” The film captures a modern-day production at a Stockholm theatre, intercutting the performance with audience reactions and backstage shots. The spirited cast brings an old story alive: The Queen of the Night charges handsome Tamino with recovering her daughter, Princess Pamina, from malevolent wizard Sarastro. Our hero soon learns he has it backwards: the noble Sarastro is protecting the princess from the Queen, who is actually the evil one. This lovely entry will transport you, even if you’re not an opera fan. 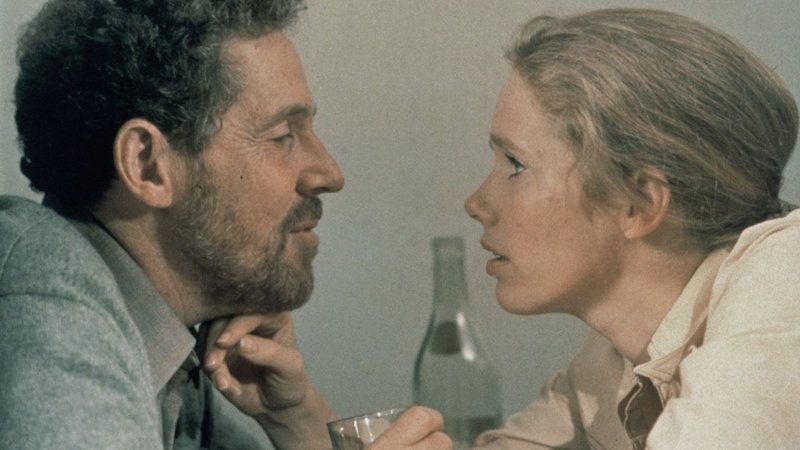 Like “Fanny,” the haunting “Scenes From A Marriage” (1973) started as a TV series, and was then cut to feature length. “Scenes” examines the abrupt dissolution of what first seems a stable union between Marianne (Liv Ullmann) and Johan (Erland Josefson), then tracks their ensuing contacts with the passing years. This unsettling, profound chronicle of love, selfishness, and missed connections rings consistently true. Rich and complex, with Ullmann and Josephson outstanding in the leads, this is an Ingmar peak. 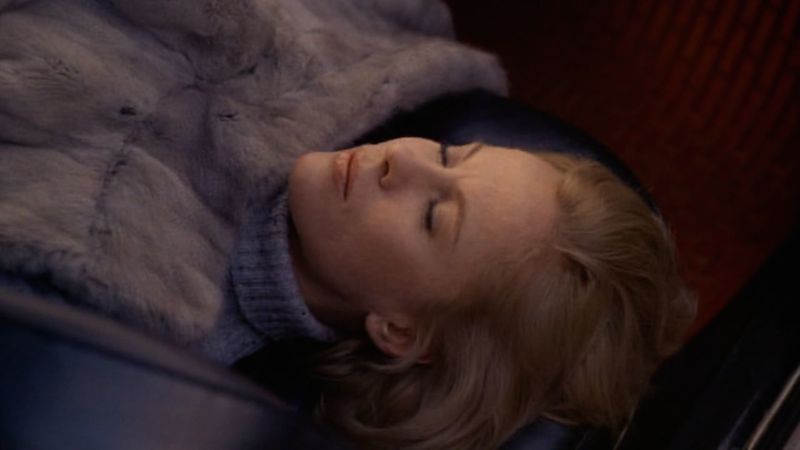 In 1969’s “The Passion Of Anna,” Bergman addresses the recurring theme of human isolation. Max Von Sydow is Andreas, a man who’s retreated from life to a remote island. There he encounters Anna (Ullmann), a widow with a tragic past. The two are eventually drawn into a tentative romance. Tensions rise, however, as mutual deceptions come to light. In this multi-layered character study, Bergman includes sequences where the actors comment on the roles they’re playing — a fascinating touch. Beautifully photographed by the immortal Sven Nykvist, “Anna” is a stunning accomplishment. 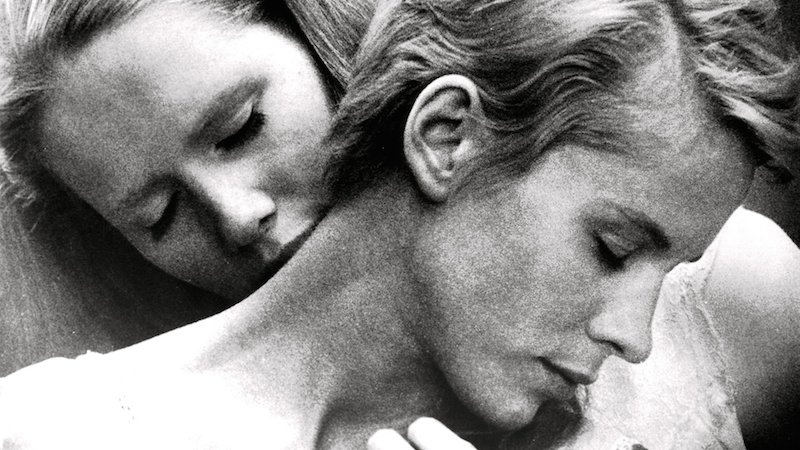 Now we enter the black and white realm with “Persona” (1966), one of the director’s more surreal, experimental works. Actress Elizabeth Vogler (Ullmann) is struck dumb in the middle of a performance, and her continued silence signals a serious mental break. She goes with private nurse Alma (Andersson) to her doctor’s seaside cottage to rest. Gradually, Elizabeth’s verbal paralysis compels Alma to open up to her patient about her personal life experiences. As fantasy merges with reality, one woman’s persona melds with the other, and it’s hard to tell who’s the patient and who’s the caregiver. A spooky, mindbending film that casts a unique spell. 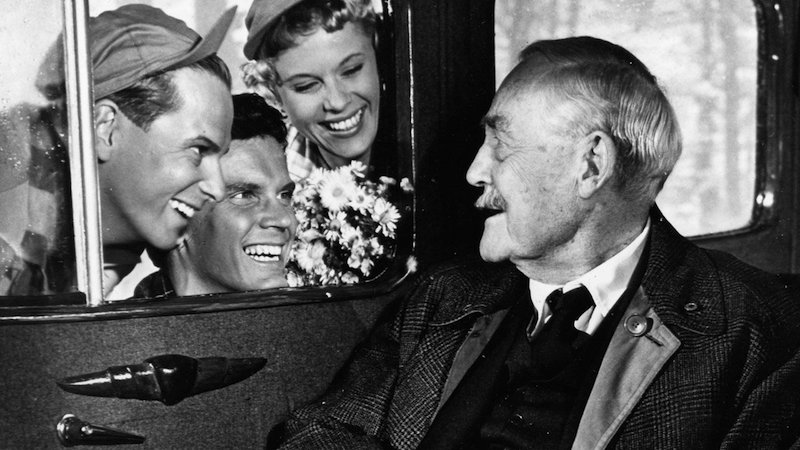 Surveying Bergman’s earlier films, “Wild Strawberries” (1957) stands out as an understated gem.  Nearing the end of his days, Professor Isak Borg (Victor Sjostrom) goes on a car trip to accept an honorary degree. Joining him is his daughter-in-law Sara (Andersson), with whom he’s never clicked. During the journey, familiar sights make the professor flash back to events that shaped his life. This causes an epiphany, which allows a breakthrough with Sara. “Strawberries” is a particularly warm and human entry from the director. 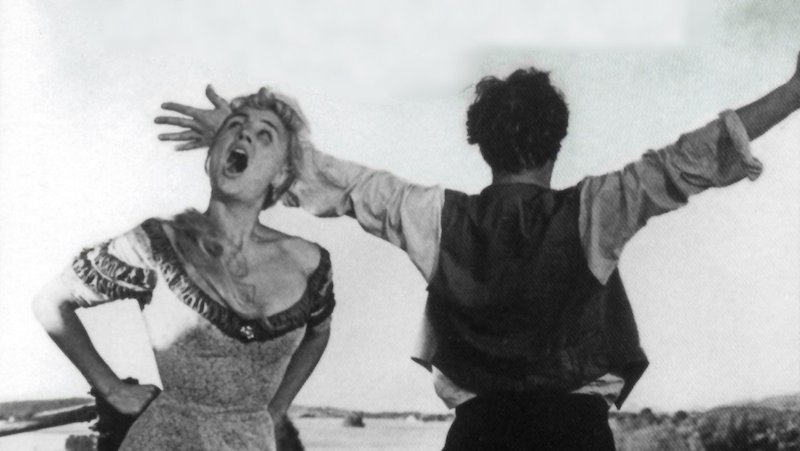 We close with a rarity: a Bergman comedy. 1955’s “Smiles Of A Summer Night” is a joyous, perceptive meditation on the fickle nature of love. Distinguished lawyer Fredrik Egerman (Gunnar Bjornstrand) brings young wife Anne (Ulla Jacobson) to a play starring saucy former mistress, Desiree (Eva Dahlbeck). Reconnected with her old lover, Desiree decides to shake things up, inviting the Egermans, her own current paramour, and his wife for a weekend house party. A dizzying game of romantic musical chairs ensues. “Smiles” would go on to inspire both Stephen Sondheim’s “A Little Night Music” and Woody Allen’s “A Midsummer Night’s Sex Comedy.” Don’t miss this sly comic treat.

So, movie fans, I encourage you to open yourself up to Ingmar. You’ll thank me later.

More:  The Rise, Fall, and Resurrection of Ingrid Bergman

The Making of "Casablanca"