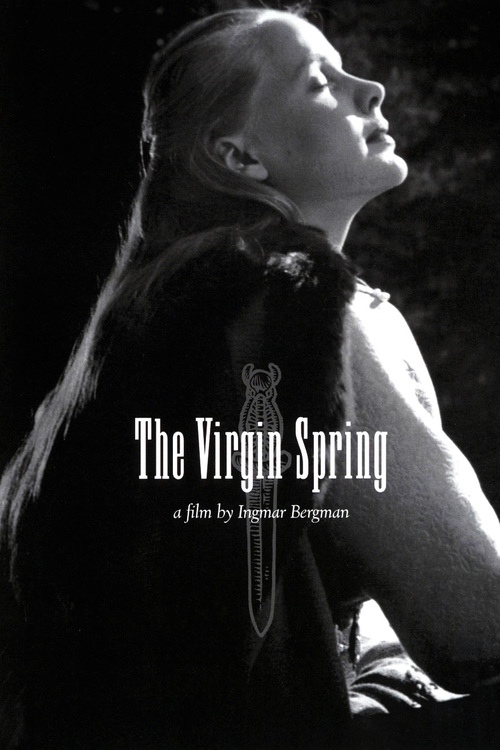 In medieval Sweden, Karin (Pettersson), a young Christian girl, is brutally raped and killed on her way to church. Unwittingly, the murderers, two herdsmen and their young brother, seek refuge at her father, Tore's farm (Von Sydow). When they try to sell Karin's clothes to her mother, Mareta (Valberg), they are exposed as the culprits. Suddenly, Tore's rageful grief drives him to contemplate an act of bloody revenge despite his deeply held Christian beliefs.

Bergman's recurring preoccupation with our darker impulses and the absence of God is on full display in "Spring," a stark retelling of a 13th century Swedish ballad. This story of a pious, peaceful man forced to confront his basest instincts in the wake of unspeakable tragedy still packs a wallop. The film's artfully shot rape scene was controversial at the time, even meriting some cuts in the United States. Today, it still holds the power to stun and shock. Working with famed cinematographer Sven Nykvist, Bergman also fashions a film of stunning beauty, as contrasting shades of black and white reinforce the forces of good and evil in direct conflict. Winner of the Best Foreign Language Oscar, "The Virgin Spring" is nothing short of a masterpiece.