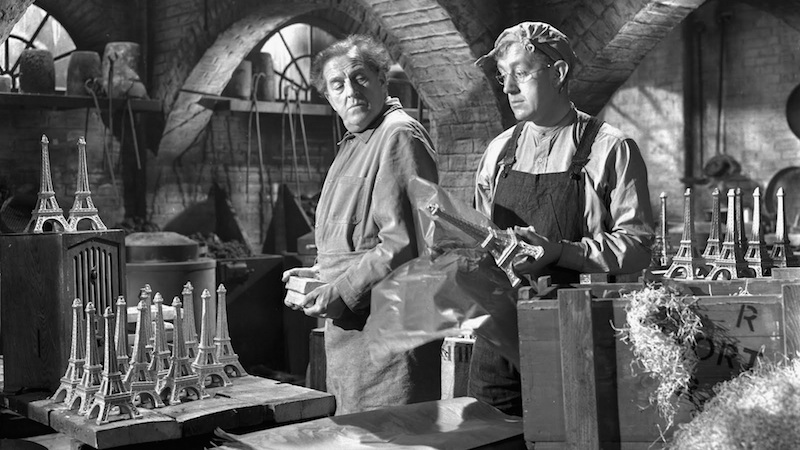 Welcome to the topsy-turvy world of the heist film, where most often the authorities are the dupes, and the crooks, daring heroes.

How do heist movies make this work? First, since usually the bad guys are in effect the protagonists, we get to know them as living, breathing characters. They gradually tap into our innate sympathy for the underdog, outcast, and rebel.  The heist itself may come to represent the bigger challenges in our own lives, since the same elements determine success: intelligence, instinct, daring, planning, teamwork, and let’s not forget — luck.

These films generate considerable dramatic (or sometimes, comedic) tension, since high-stakes thieves are the ultimate gamblers: no amount of skill can fully eliminate the core risks involved, or the role of arbitrary fate.

Heist movies go back a long way and have been made all over the world, so it’s understandable if you’ve missed a few along the way. Here are some older heist films worth discovering. 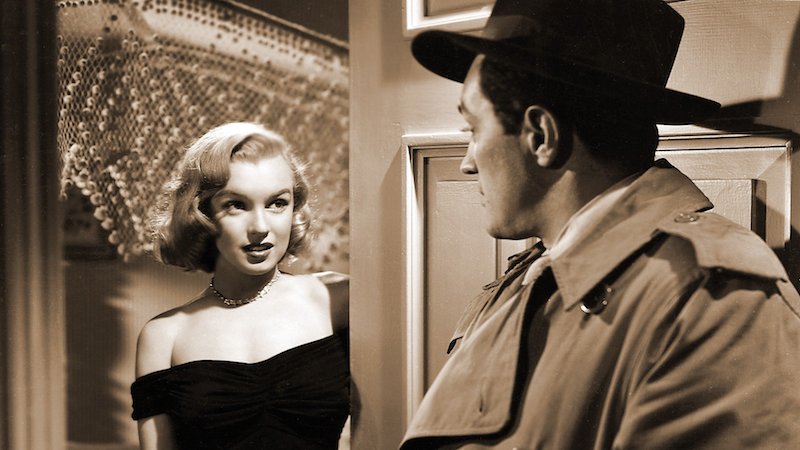 First, one of the quintessential film noirs is also a heist film: John Huston’s “The Asphalt Jungle” (1950). A realistic, detailed chronicle of the planning, execution, and aftermath of a daring jewel robbery, “Jungle” is first and foremost a superb mood and character piece. Huston elicits compelling performances from the entire cast, including Sam Jaffe, a young Sterling Hayden, and in particular, Louis Calhern as the smooth but quietly desperate mastermind. (Also look for an early Marilyn Monroe appearance as Calhern’s mistress.) 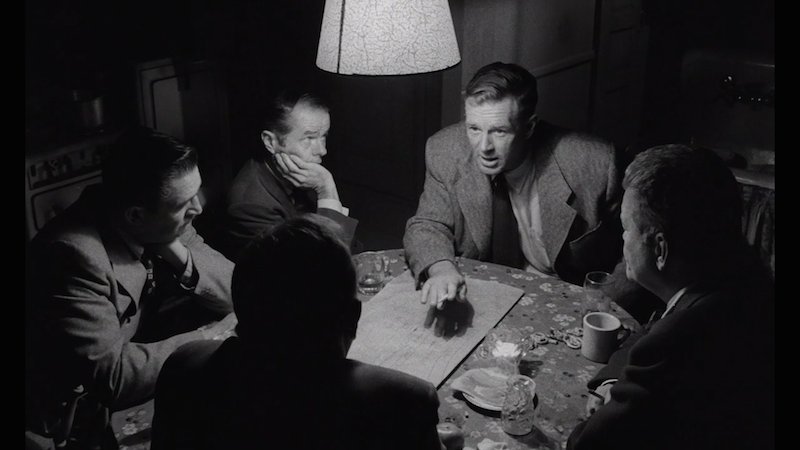 Hayden would go on to work with a younger but equally talented director, Stanley Kubrick, on “The Killing” (1955), a documentary-like depiction of a race-track robbery. This early entry from the Kubrick canon delivers skillfully paced, edge-of-your-seat entertainment, featuring vivid characterizations. In particular, Elisha Cook, Jr. and Marie Windsor stand out as a wildly dysfunctional couple.  Spare yet potent, “The Killing” lets you witness the budding of a cinematic genius. 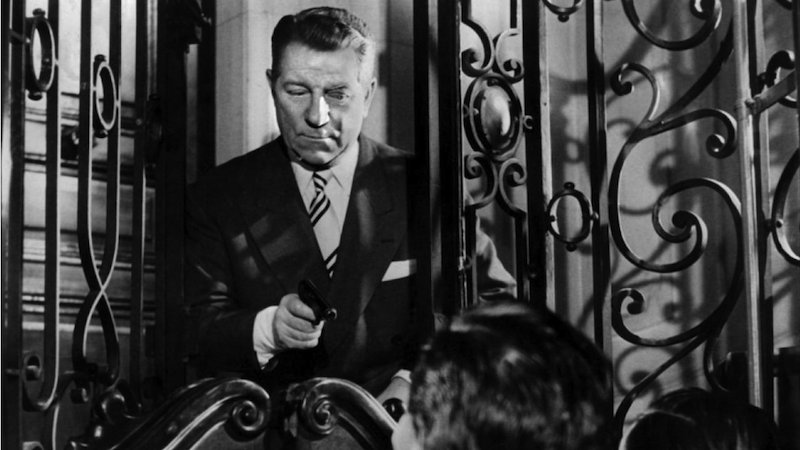 I've always been a big fan of Jean Gabin, whom one perceptive critic described as “France’s answer to Spencer Tracy.” One of Gabin’s finest outings was a heist picture: Jacques Becker’s “Ne Touchez Pas Au Grisbi” (1954).  The actor plays a high-class thief who’s ready to retire, and pulls off one last job to set himself up. He gets away with a stack of gold bars, but a rival gang finds out he did the job, and resolves to take his hard-won score away from him. (The film’s title is French slag for “don’t touch the loot”). 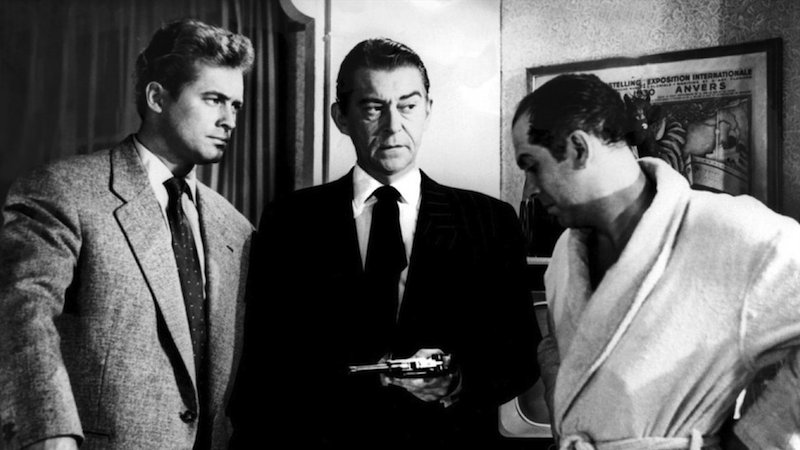 Two more excellent heist pictures were made by the very same man, the gifted Jules Dassin, who in the early ‘50s, under the cloud of the Hollywood Blacklist, left a successful directing career stateside to work in Europe. His first feature, made in France, was “Rififi” (1955), about a group of jewel thieves as distrustful of each other as the police- and not without reason. Viewed today, the movie retains its gritty realism: the justly famous heist sequence, done completely in silence, is riveting, and Jean Servais’s performance as the crime’s originator conveys a sad, twisted nobility. The conclusion of this small masterpiece will grip you and remain with you long after the closing credits. 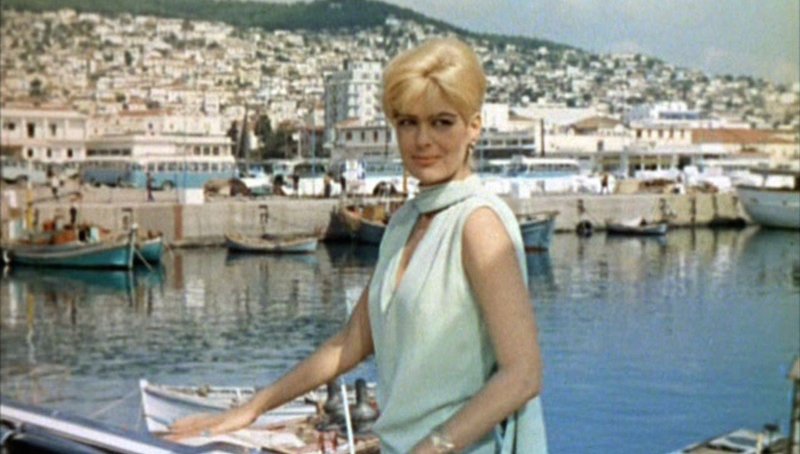 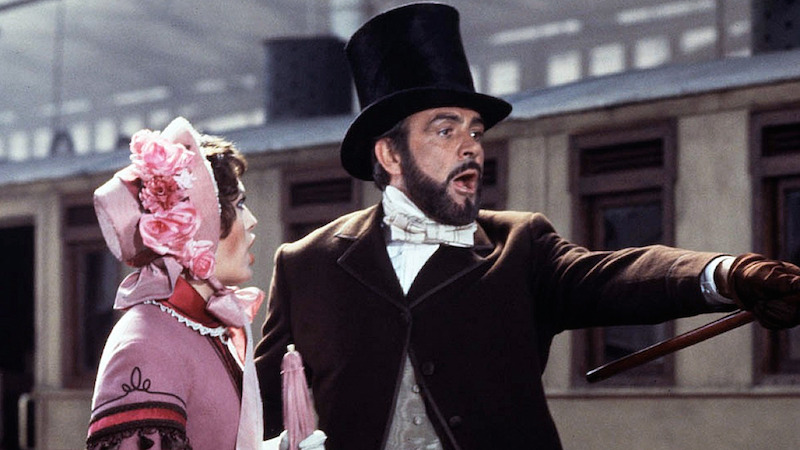 Fast-forward to “The Great Train Robbery” (1979), an atmospheric thriller scripted and directed by best-selling author Michael Crichton. “Robbery” exudes a rich Victorian flavor, and features the surprisingly felicitous pairing of Sean Connery and Donald Sutherland as a team intent on stealing a large shipment of gold from a moving train. Based on a true story, “Robbery” is grand entertainment, with a fetching Lesley Ann Down completing the criminal trio, adding a welcome measure of feminine visual appeal.

In addition to “Topkapi,” my three heist comedy picks would have to be two Alec Guinness comedy classics made with Britain’s fabled Ealing Studios: “The Lavender Hill Mob” (1950) and “The Ladykillers” (1955), along with a third, lesser-known Italian chestnut, “Big Deal On Madonna Street” (1958). 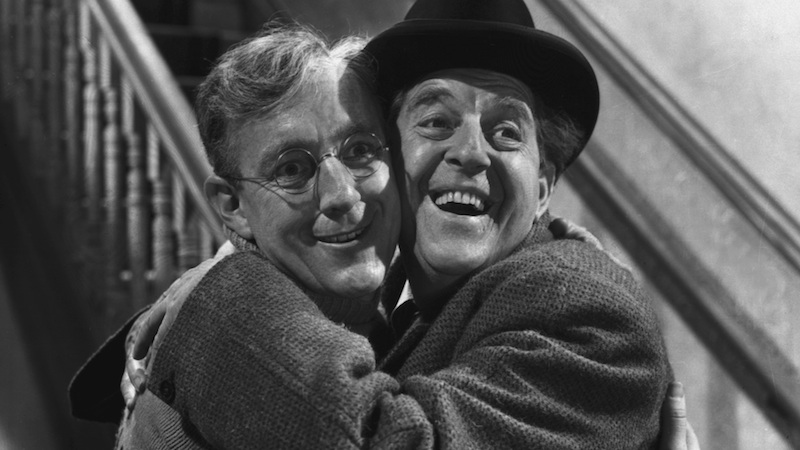 “Mob” is the story of a seemingly timid but sly clerk who plots the perfect robbery of his own bank. This intricate crime’s planning and execution precipitate some of the more inspired comic sequences you’ll see on film. The ever-charming Stanley Holloway (who'd go on to play Alfie Doolittle in “My Fair Lady”) provides terrific support, and look fast in the first scene for a momentary glimpse of a future star, Audrey Hepburn. 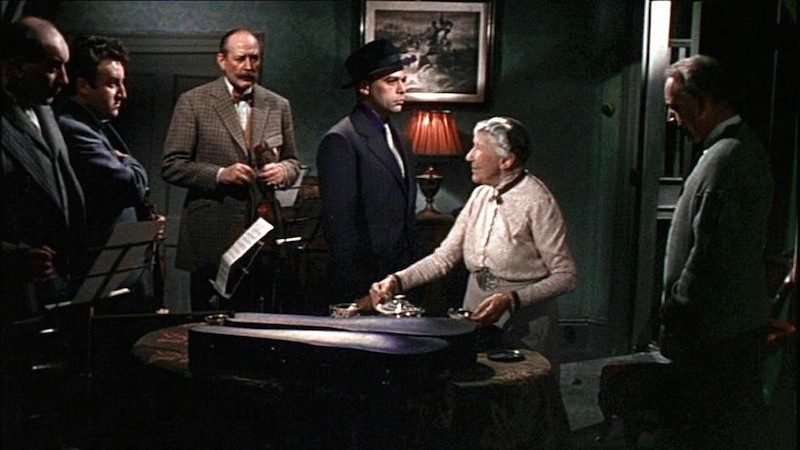 “The Ladykillers” are actually a rag-tag bunch of lower-rung thieves and hoods, led by the smarmy Professor Marcus (Guinness). To provide convenient, suitable cover for their upcoming caper, they all board at the home of Mrs. Wilberforce (Katie Johnson), a frail, elderly widow, posing as musicians. Unfortunately for them, Mrs. Wilberforce is a good deal smarter and more alert than she appears, and the gang find themselves spending more time fending her off than planning the robbery. Guinness is priceless, both Peter Sellers and Herbert Lom (who’d reunite in the “Pink Panther” series), appear in early roles, and Miss Johnson nearly steals the picture as the diminutive but strong-willed landlady. 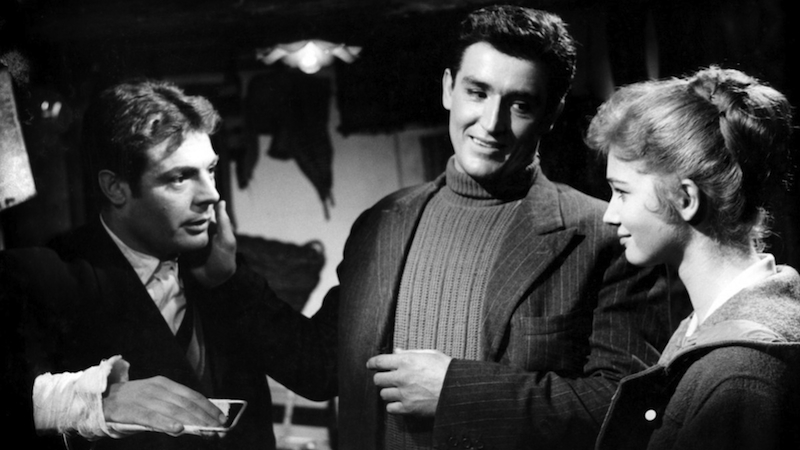 Finally, Mario Monicelli’s “Big Deal,” starring Marcello Mastroianni and Claudia Cardinale, unfolds in the broader, more expansive Italian style, with lots of yelling and frantic gesturing throughout the picture. This particular assemblage of thieves, who attempt to break into a pawn shop, may rank as the most bumbling in history. Delightfully, absurdly over-the-top, “Big Deal” is great fun for those who prefer their comedy with a hearty dose of Italian passion.

These heist movies work by tying us to the often unfortunate characters who populate them, investing us in their attempts to reach that same pot of gold, just out of reach. And we get that most satisfying of sensations — the vicarious thrill — knowing it’s them, not us, who are likely going to jail.

Other Movies that Steal the Show