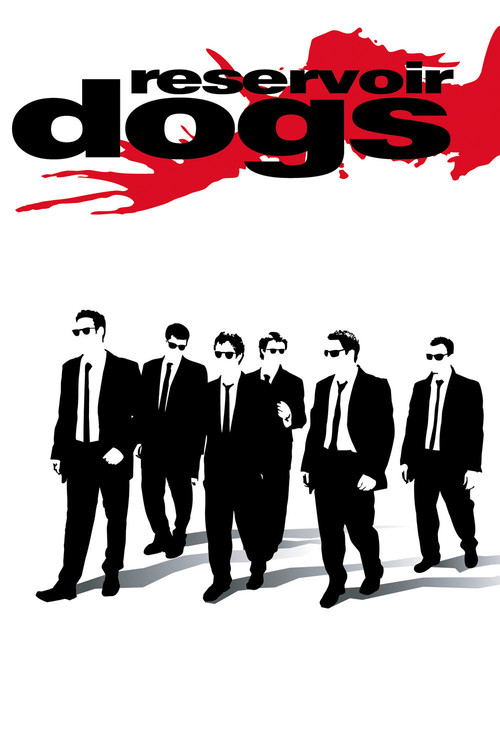 Jumping back and forth between the aftermath of a botched robbery and the meticulous, pre-heist preparations of ringleader Joe Cabot (Tierney), we follow the intertwined fates of a motley group of hired rogues who address each other with color-based pseudonyms to protect their anonymity. Mr. White (Keitel) races to a rendezvous spot with howling gunshot victim Mr. Orange (Roth), only to be met by Mr. Pink (Buscemi), who's convinced someone in their group has tipped off the police. Things only grow more complicated (and disturbing) when the others arrive.

A brilliant, brutal heist film focusing on the before and after rather than the act itself, Tarantino's darkly funny "Reservoir Dogs" was the most auspicious debut of the 1990s, brought to life through the efforts of Keitel, who was impressed with the unconventional script. Tarantino peppers his film with pop-culture references, salty dialogue, and flashbacks that not only heighten suspense but fill in the back stories of his key characters. Keitel, Roth, Buscemi, Chris Penn, and Michael Madsen really run with their roles as bickering psychopaths. Great use of '70s period music as well. At once graphically violent and darkly funny, "Reservoir Dogs" has one hell of a bite.